These aren’t the little sweet things you see shimmying to Lady Gaga on Toddlers and Tiaras (though that would actually make some sense). No, prostitots, according to NYT fashion editor Cathy Horyn, are the common parlance for children who wear the baby versions of designer clothes.

UES moms, gear up your iMacs to write an angry letter to the editor!

Ms. Riley said, “Children have big tummies and stand in funny ways.” Although she has made one or two concessions to popular tastes, like making her ballet flats in nail-varnish colors, she remains fixed in her view that children should be children and not little brand ambassadors or, in the current parlance, “prostitots.” She said: “I can’t bear advertising on children. And why would a child need to have anything remotely sexy? To me, it’s unethical.”

By Ms. Riley (and Ms. Horyn’s) own admission, anytime a child wears a brand-name outfit, they are engaging in prostitotution. Of course, this “trend” didn’t pop up overnight:

It’s easy to feel a sense of nausea at such prices and at the idea that children, especially little girls, are being groomed to be future shoppers…But it’s also not a new concern…

Out of all the ways a child can be made to turn tricks, putting them in a Burberry coat is obviously one of the classiest. Call it the Pre-Woman Pretty Woman-ing of your little moppets. 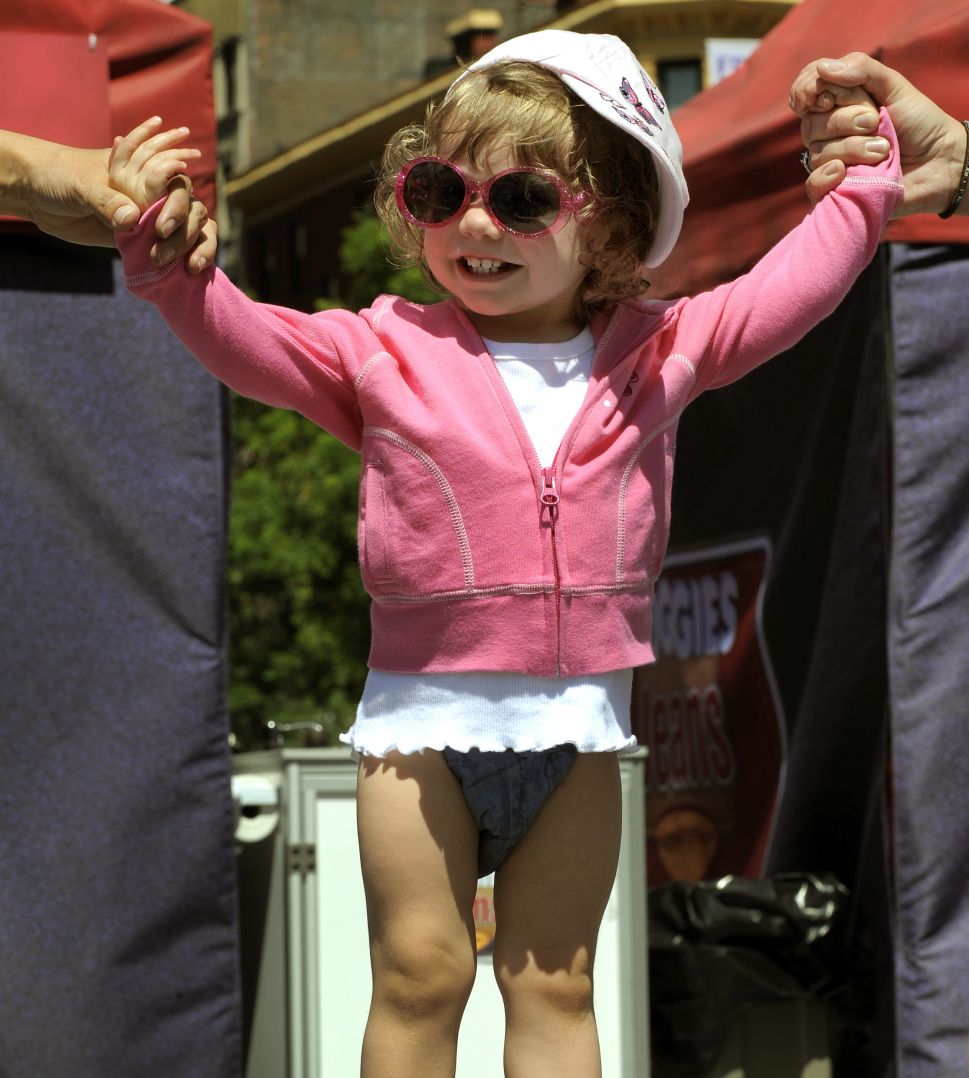