Lee Aronsohn, showrunner, executive producer, and co-creator of Two and a Half Men, is nobly trying to take up the torch of blatant misogyny in the face of the crisis currently faced in comedy: women and their labia. As we all know, there has been a dearth recently of men yelling about how not funny women are ever since Christopher Hitchens passed away and Eddie Brill was fired from Letterman, but Mr. Aronsohn is obviously up to the challenge. (And should have extra time on his hands after his show dies.)

But Sunday while talking to The Hollywood Reporter at the Toronto Screenwriting Conference, Mr. Aronsohn, who knows comedy when he sees it (which is why Two and a Half Men is the most critically lauded piece of humor writing around and is doing really well these days) just laid it all on the line re: his feelings about the comedic ability of ladies who talk about their gross, disgusting vaginas. He applauds them, but also thinks that it’s time to move on, you know?

Remember, he said all this during an event where he was giving the keynote speech:

Aronsohn isn’t a fan of the current crop of female-centered comedies such as Whitney and 2 Broke Girls.

“Enough, ladies. I get it. You have periods,” he said.

“But we’re approaching peak vagina on television, the point of labia saturation,” he said.

The current boom in female-centric TV contrasts with Two and a Half Men mostly portraying women as bimbos, something Aronsohn isn’t about to apologize for.

“Screw it,” Aronsohn earlier told the Toronto conference during a keynote address. “We’re centering the show on two very damaged men. What makes men damaged? Sorry, it’s women. I never got my heart broken by a man.”

Later, he clarified by insisting he was hardly one to take the moral high ground.

“We do far too many fart jokes on Two and a Half Men,” he conceded. “I’m the last person to judge.”

Whoa, I’m pretty sure the characters on Two and a Half Men were damaged by prolonged alcohol/drug abuse/terrible child-raising? But we guess that’s womankind’s fault as well. If only we would get back in the kitchen!

Since the outrage from those pesky feminist types on Twitter, Mr. Aronsohn appealed to detractors on the micro-blogging site, tweeting Monday, “Women, please look up ‘irony. ”

He has since taken down the tweet and replaced it with: “Yes, yes – it was a stupid joke. I’m sorry.”

You know what though? He’s totally right. This labial saturation in modern comedy is probably the cause of James Wolcott‘s Vanity Fair essay on how men in cinema can no longer have strong phalli…just limp dicks. 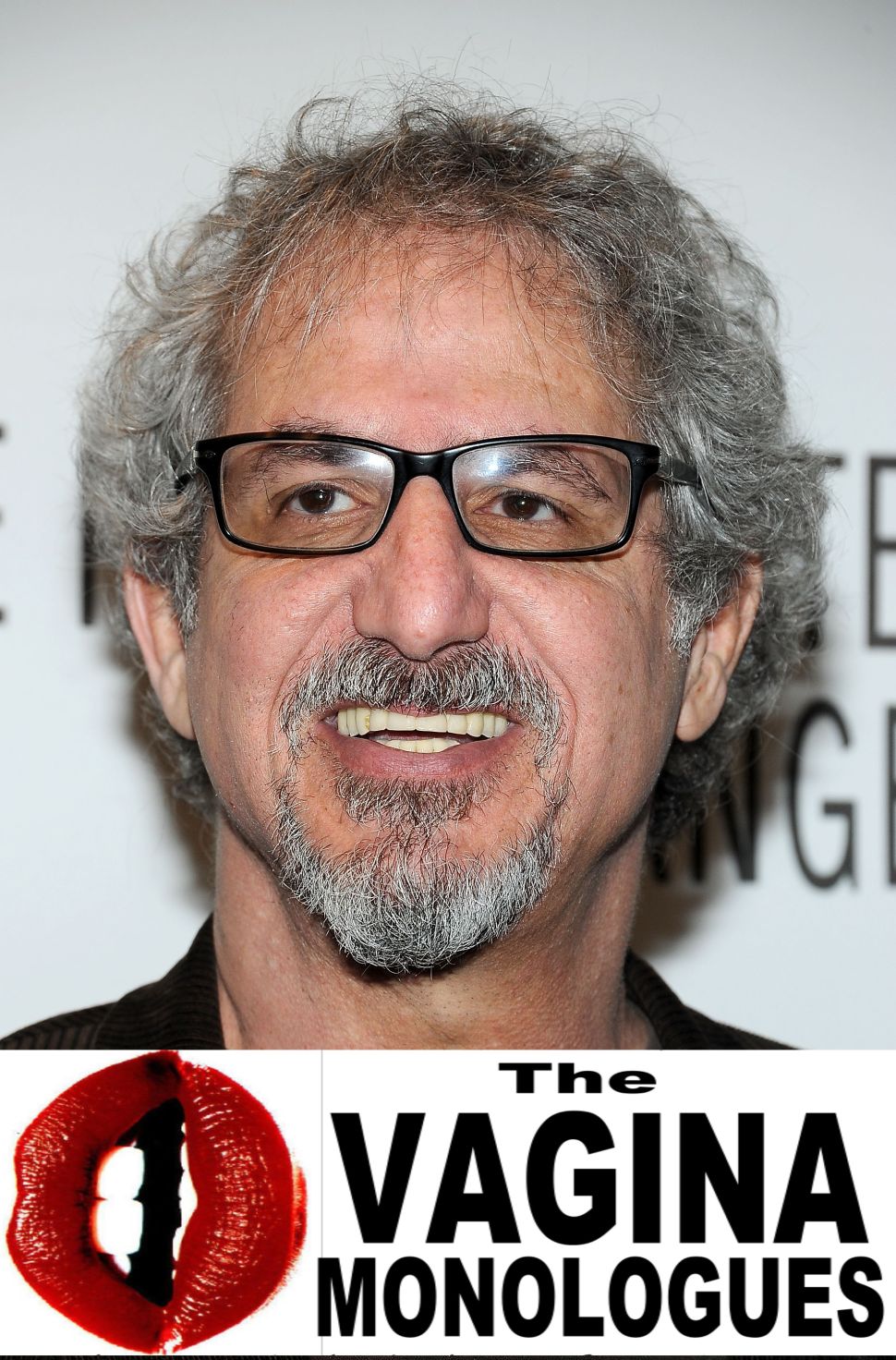