While we like Jimmy Kimmel, insomuch as we can like a late night host who is somewhere between Jay Leno and Jimmy Fallon in terms of edginess, we don’t think he’s going to make the best host for this year’s White House Correspondent’s Dinner. Especially when compared to Seth Meyerslast year…how time flies!

But perhaps it’s exactly that toothless quality that makes Mr. Kimmel such a perfect host. At least, that’s what he implied during a recent interview with Politico’s Patrick Gavin.

Oh well, if we can’t rely on Mr. Kimmel to make the night interesting, at least we’ll still have Lindsay Lohan’s appearance (and the subsequent jokes at her expense) to look forward to. 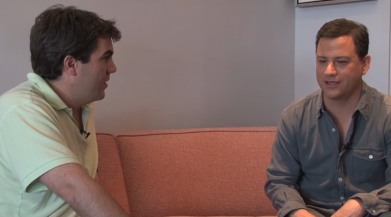