Maybe you’ve heard about this neighborhood in New York City called Williamsburg? It’s a magical little place that—sometime around 1996—young artists looking for a bargain in reasonable proximity to Manhattan migrated from places like the East Village, back when it was still fairly cheap. The neighborhood has historically been a stronghold of Brooklyn’s Puerto Ricans, Dominicans, Italians, and Chasidic Jews. Since then, like every other neighborhood in New York, folks young and old—moneyed with finances given or earned—have moved into the neighborhood.

As a result of this:

And we know this now because a daring satirist writing for Thought Catalog—a digital publication ushering in a new Age of Enlightenment—has now come out as one of its ‘thoughtful denizens.’

In a post titled “Things Have Changed In Williamsburg,” a young woman who moved to Williamsburg in 2006 revisits her neighborhood of yesteryear, even as she lives in it! Ho ho, how scabrous!

She describes her entrance to Williamsburg society, in doing so, demonstrating a deft eye for:

Indeed they were. To paraphrase historian Martin Dugard on the matter of Columbus, The Great Spanish Colonizer, it’s not that he found it first, it’s that he stayed. Until he didn’t, that is. The Thought Catalog writer writes of struggling to stay afloat in her new land, omitting any sensible awareness that she has forced this fate on those past residents of the neighborhood whose fortunes she far exceeds: “I did not last long in Williamsburg, on account of being penniless.”

Our protagonist is forced to emigrate from her promised land to the terrors of California, from whence she finally returns to Williamsburg in 2009 “still broke, and very tan.” The horrors of exile!

She found that in the years she had been gone, little had changed, and though she was not living in the neighborhood (and attempting to date someone who did, as part of her relentless self-sacrifice in order to be granted re-admittance) the thrills of Shangri-La were still ever-present:

One day I ate lunch alone at the Roebling Tea Room next to Maggie Gyllenhaal. At someone’s birthday party I watched an entire cabaret show in the backyard, complete with a stage and pyrotechnics. I woke up in friend’s apartments on Manhattan Ave, Grand Street, North 1st, Guernsey, and Berry. We ate at Motorino, Papacitos, taco trucks, Dumont Burger, and Juliette.

Finally, she is back to living in Williamsburg, a prodigal child finally accepted into her home of salvation.

And yet, she finds herself living with a freelance contractor of some kind as she toils away at her graduate work in what she describes as a “Dickensian situation” which failed to be “appealing to me anymore.” How cuttingly the satirist characterizes the awareness of a young person in Williamsburg’s misfortune!

Later in ‘her’ adventures, she and her friend gallivant about the neighborhood, as they “blasted Regina Spektor from the stereo of her little purple car.” It is a deft callback to an earlier moment in the piece: If Hemingway ‘could see’ them now.

What would he find? Alas, nostalgia for simpler times, in which she and her contemporaries marauded about the neighborhood with a sense of exploration, now resigned to the Saturday night “suggestion that was both sincere, and ironic” to go to a bar that once filled them with wonder: Union Pool.

At their old stomping ground, they last “for all of five minutes” before resigning to home, a younger crowd in their former stead, discouraging and simultaneously provoking wistfulness at first sight.

The final paragraph is a withering indictment of the protagonist’s entire purview that preceded it. The author goes whole-hog on the mystical and vague masses who “say” grand pronouncements for which they lack any substantial evidence or precedent (not for lack of its existence, of course). Then, those absurd enough to take said pronouncements seriously or as a new understanding of something. Finally, the unaffected ignorance with which these characters insert themselves and that which they find their crucial, hard-earned life lessons into what they believe to be a historic, accessible context of human sentimentality and coming-of-age stories, without any regard for just how stunningly limited that context is:

Many people say that Williamsburg is ending (if it isn’t over already), and that the Whole Foods and High Rises will turn it into the Brooklyn Heights of the North, but I am wondering if we have failed to recognize that many of us have changed along with it. Tonight we might go bowling at The Gutter, and tomorrow we might be out buying garden supplies at Sprout. We grew up here, and the town, just like us, can’t be expected to stay the same forever.

There is but one ever-so-slight issue with all of this, however.

It’s not satire. She’s being serious. 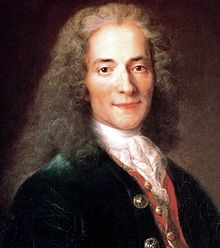