In the event of Mayor John Bencivengo’s resignation and a special election in Hamilton, Councilwoman Kelly Yaede leads the pack of potential successors, according to political insiders.

Today, with Bencivengo appearing in court to answer to federal corruption charges, Yaede opted not to speculate on her own political future.

“This really is an unfortunate time in Hamilton government,” the Republican Councilwoman told PolitickerNJ.com. “It would be premature for me to comment on the mayor’s position becoming vacant in the near future. It is not the time to politic, however, now is the time to lead and govern Hamilton Township. I’m focused on the township’s financial security and reassuring the taxpayers that services and programs will be delivered without interruption.” 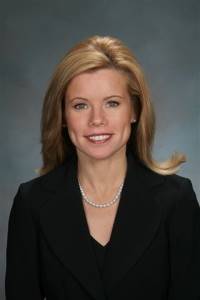