Mr. Diaz mostly took a backseat to Mr. Fresh and played the role of hype man, but his performance is more rapping, by far, than we can recall seeing from any other politician. No word on whether or not Mr. Fresh taught Mr. Diaz how to “Dougie.”

Watch the clip of their performance below.
[youtube http://www.youtube.com/watch?v=TUpgca3q938]
[via Blabbeando and JSwiss] 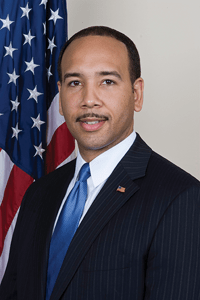