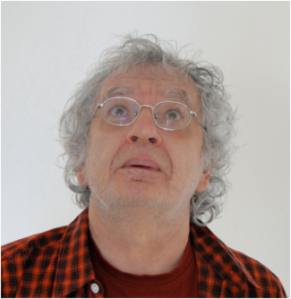 Russian-born artist Alexander Melamid has opened an Art Healing Ministry Clinic in Chelsea at 130 West 29th Street, Suite 1004. This comes after he opened a similar space in Soho on Thompson Street last year, where people were treated for a range of ailments via exposure to art.

“The goal of the Art Healing Ministry Clinic is to channel the powers of art to alleviate major human physiological and psychological afflictions,” according to a press release. Appointments can be made by e-mail at info@arthealingministry.org or by phone at (518) 567-8922, which turns out to be Mr. Melamid’s cell phone number.

“I work by appointment only,” he said in a strong Russian accent when we called the number Wednesday afternoon. He added, speaking about his new venture, “I’m becoming more of a cult figure, as well. It’s less about art, it’s about the healing power of myself. With my practice, I found that I have special power. Because of my artistic power.”

The Art Healing Ministry Clinic will now be a more or less permanent fixture in Chelsea. When the temporary space closed a year ago after three months, Queens Hospital Center reached out to Mr. Melamid and asked him to do rounds in their psych ward (he’ll be giving a lecture there on May 25 at 11 a.m. about “Art Healing in the Partial Hospital Program at The Queens Hospital Center”). Working there, he’s found that patients respond strongly to art’s “special powers.”

“In my later years,” he said, “I started to think exactly about what this special power is, and why in the United States it is protected by tax deductions. Most of the people I know believe in art’s basic importance. But what is ‘importance?’ So I thought for long time about that, and I found it’s a matter of religion. People who are inclined to be atheists are more interested in art. Art is a religion. It’s less about art itself now, it’s more about the mystery behind art itself. “

There are lots of slots currently available for appointments, Mr. Melamid said.

“Come and visit me,” he told us. “I’m sure journalists have a lot of problems.”