Conservative commentator Ann Coulter caused an uproar this afternoon after she posted a Tweet mocking Chinese activist Chen Guangcheng for his blindness, but she has no regrets. Ms. Coulter told The Politicker she thinks the Tweet was funny and she’s surprised people were offended on behalf of the blind rather than mad at her for being insensitive to the plight of people living in China.

“Wow.  I felt worse about making light of communist hellholes known for slaughtering their own people, but it still made me laugh,” Ms. Coulter said when we asked her about the controversy.

She also shared another bit of blindness-based humor with us.

Ms. Coulter’s Tweet, which joked about the dissident being unable to tell where he is, provoked outraged responses from Twitter users and a spokesman for the National Federation for the Blind who called her comment “tasteless.”

Clearly, unrepentant, Ms. Coulter responded to news of the NFB’s statement on her controversial Tweet with yet another joke about vision. 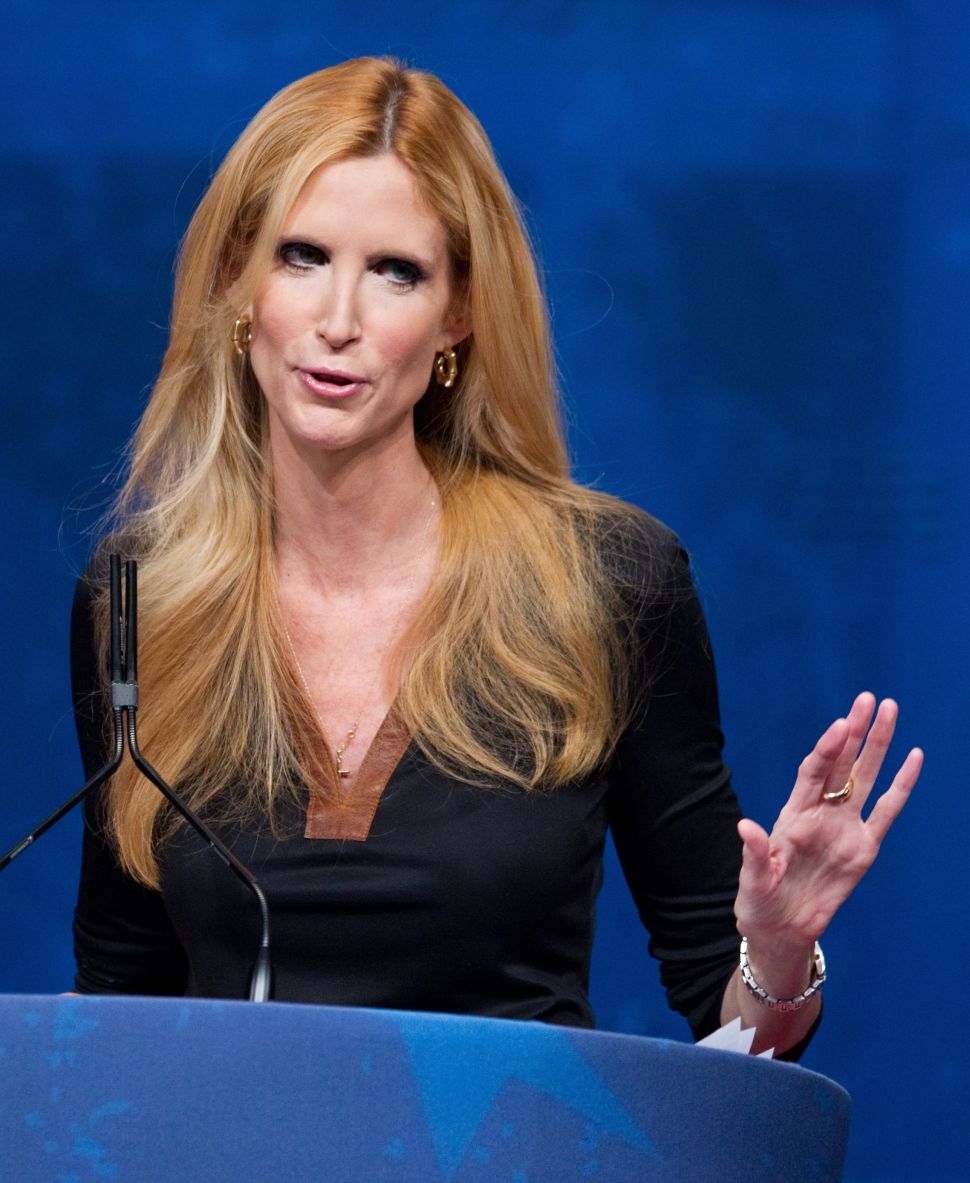