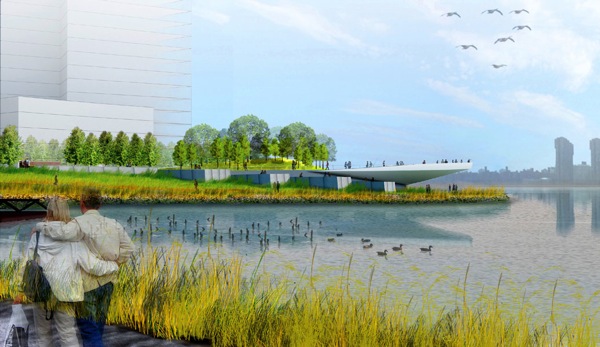 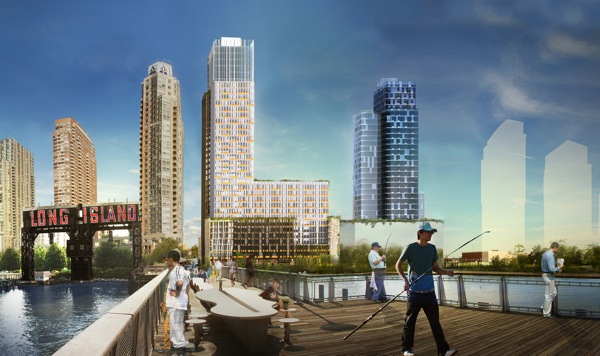 The city is making progress toward an October groundbreaking on the first phase of Hunters Point South, to be developed by Related Companies, Phipps Houses and Manandnock Construction.
mchabanobserver 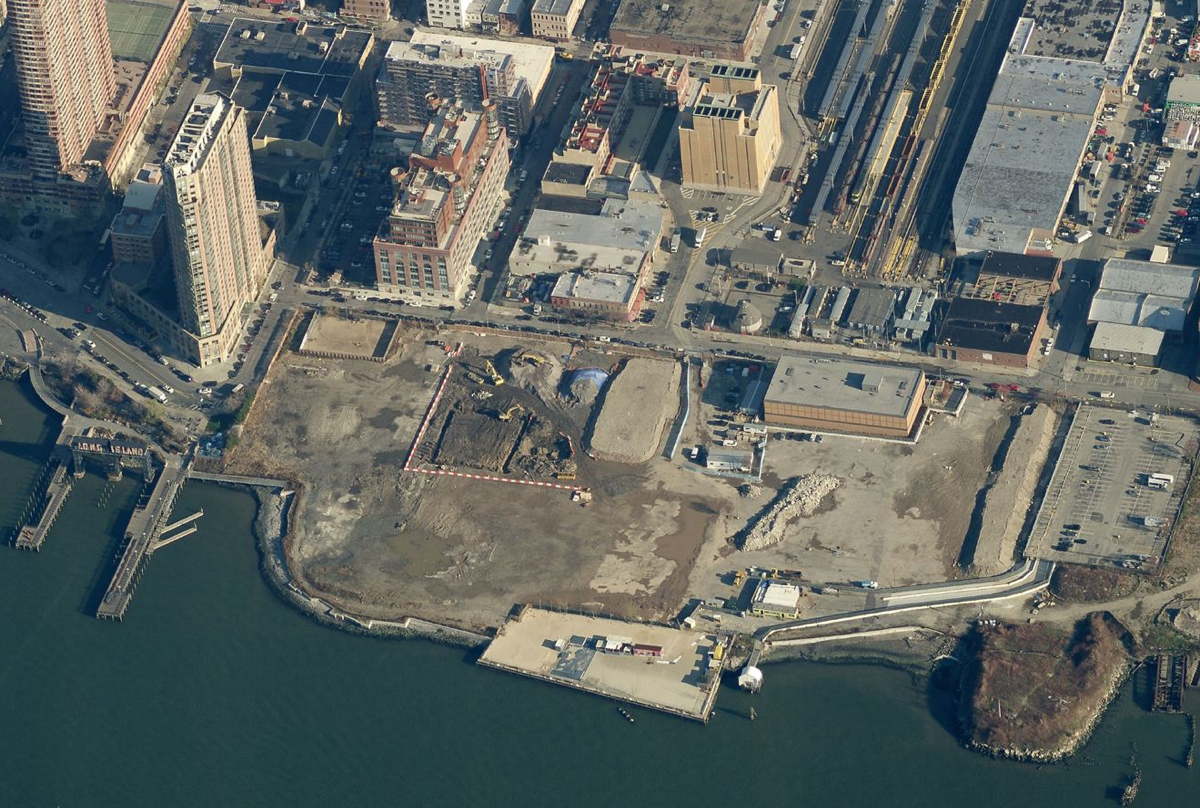 The site is currently undergoing infrastructure work to make way for the first phase.
mchabanobserver 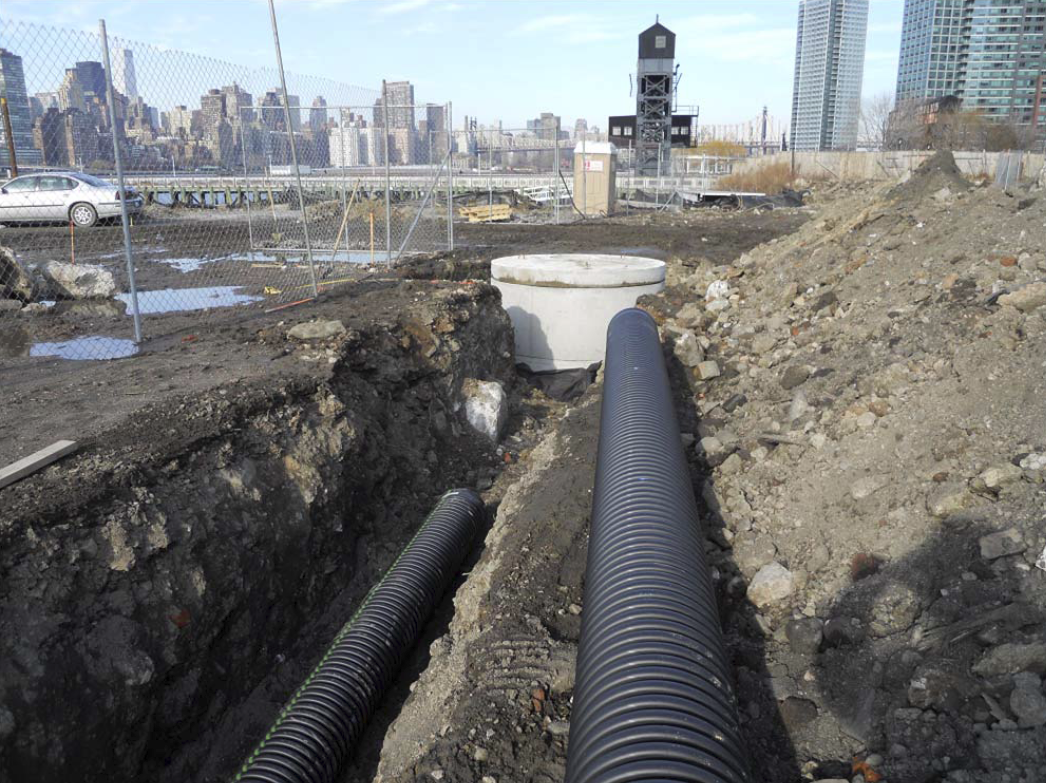 The city is literally laying pipe on this project.
mchabanobserver
Advertisement 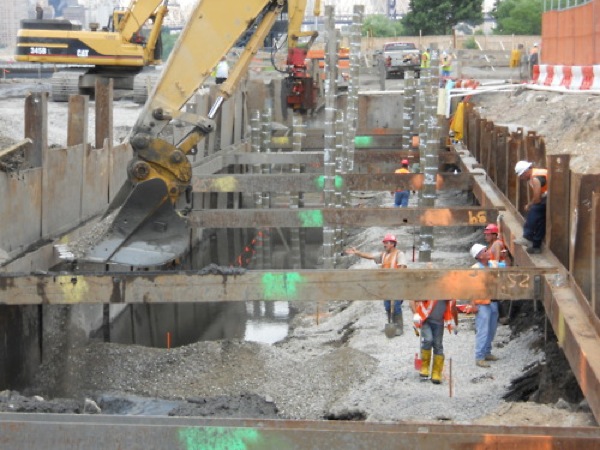 They're digging trenches, too.
mchabanobserver 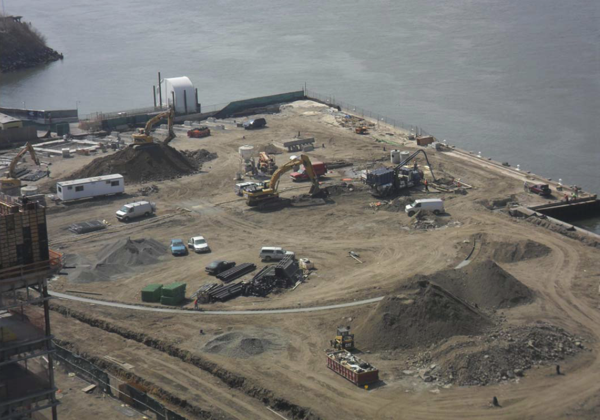 A new crescent-shaped building will house maintenance, operations and concession facilities for the park alongside a new ferry pier.
mchabanobserver
Advertisement 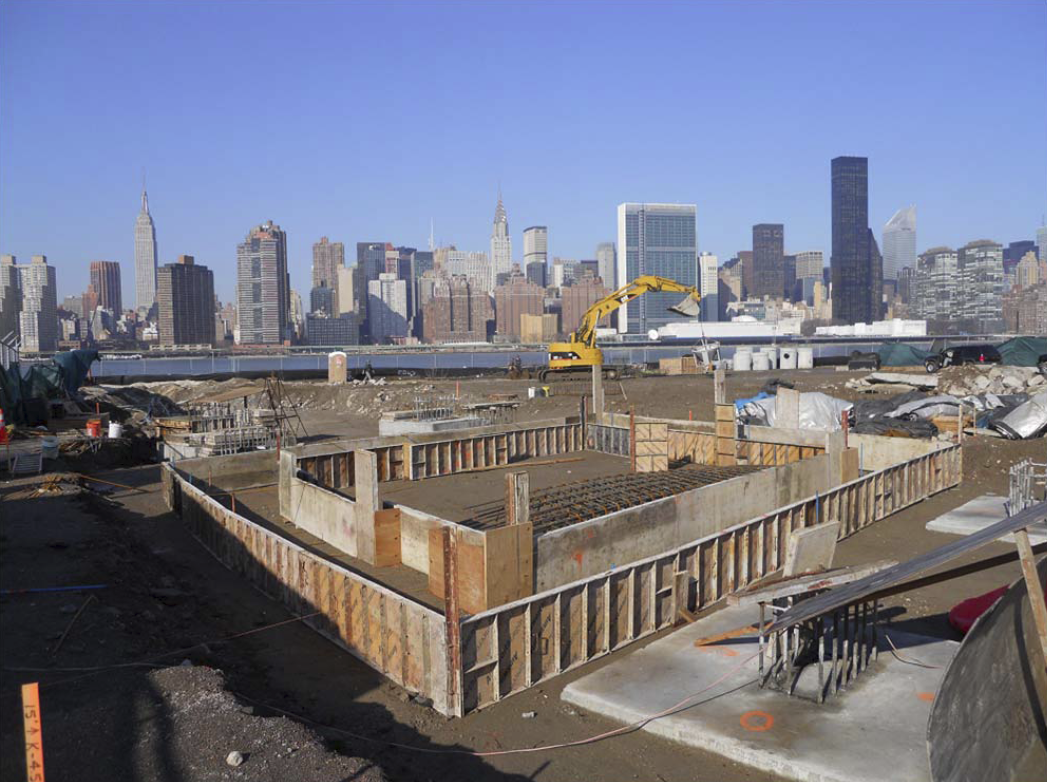 Laying the foundations for the new building, with striking views of Manhattan beyond.
mchabanobserver 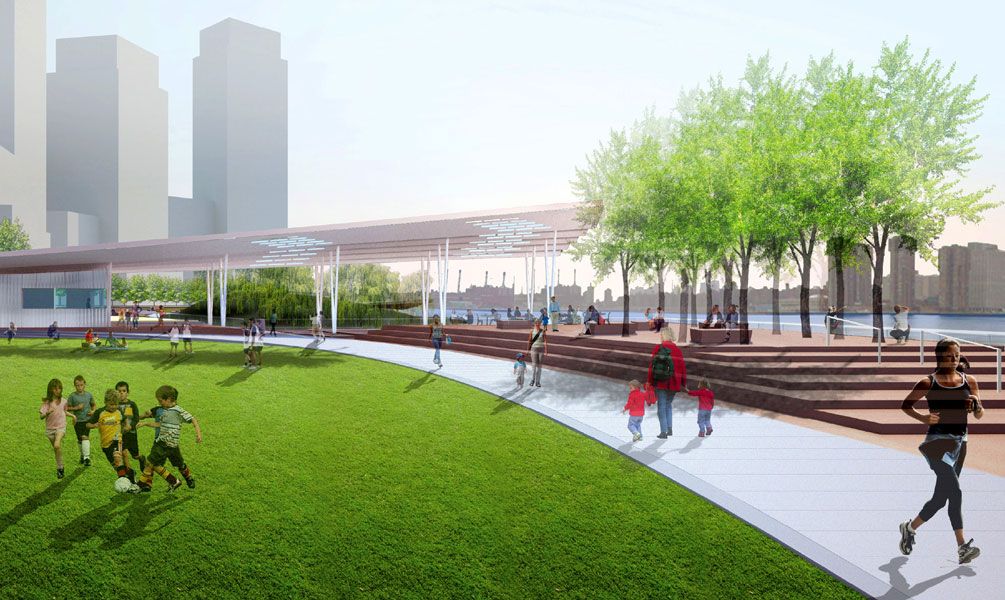 A circular path runs alongside the new building, with a lush lawn in the middle.
mchabanobserver 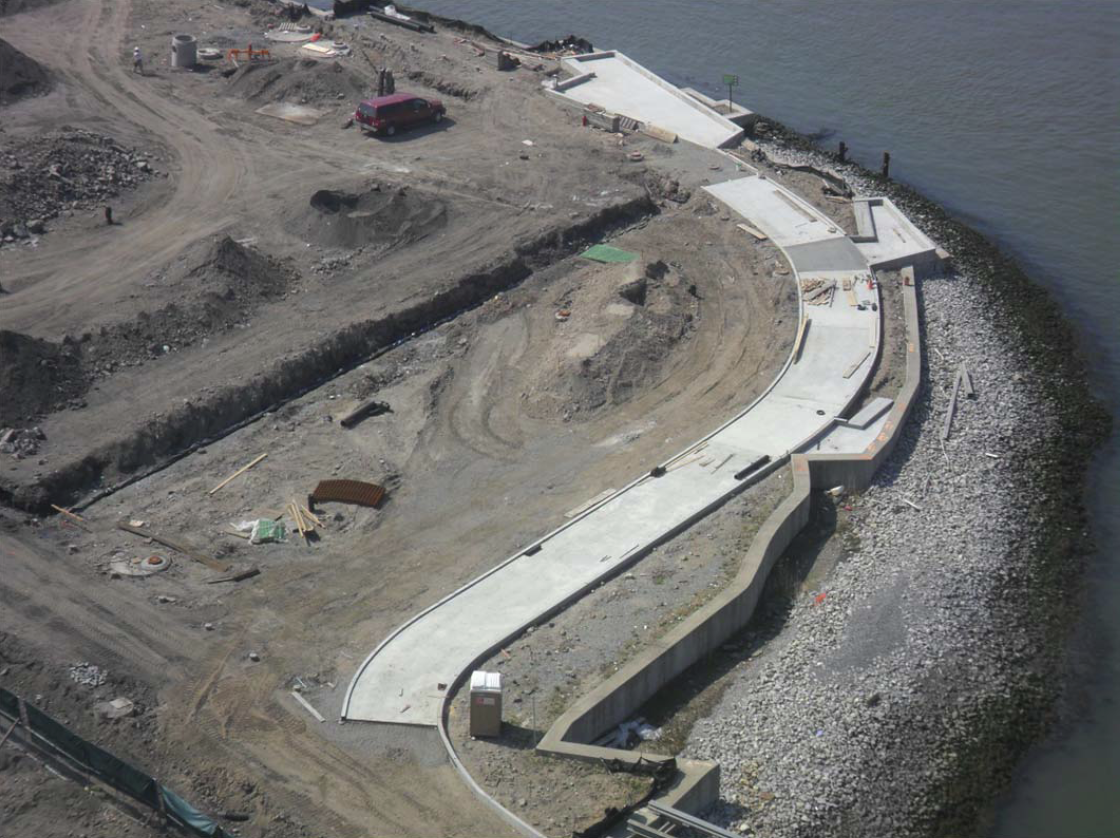 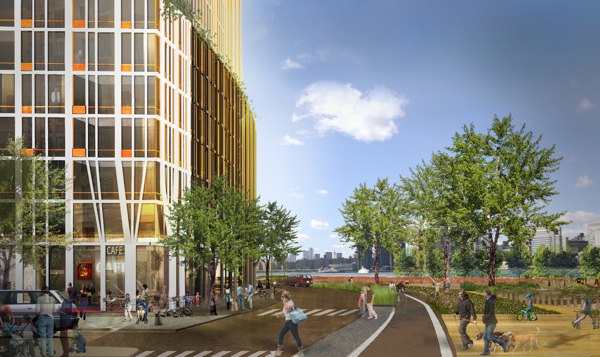 By 2014, it will be bounded by huge residential towers.
mchabanobserver 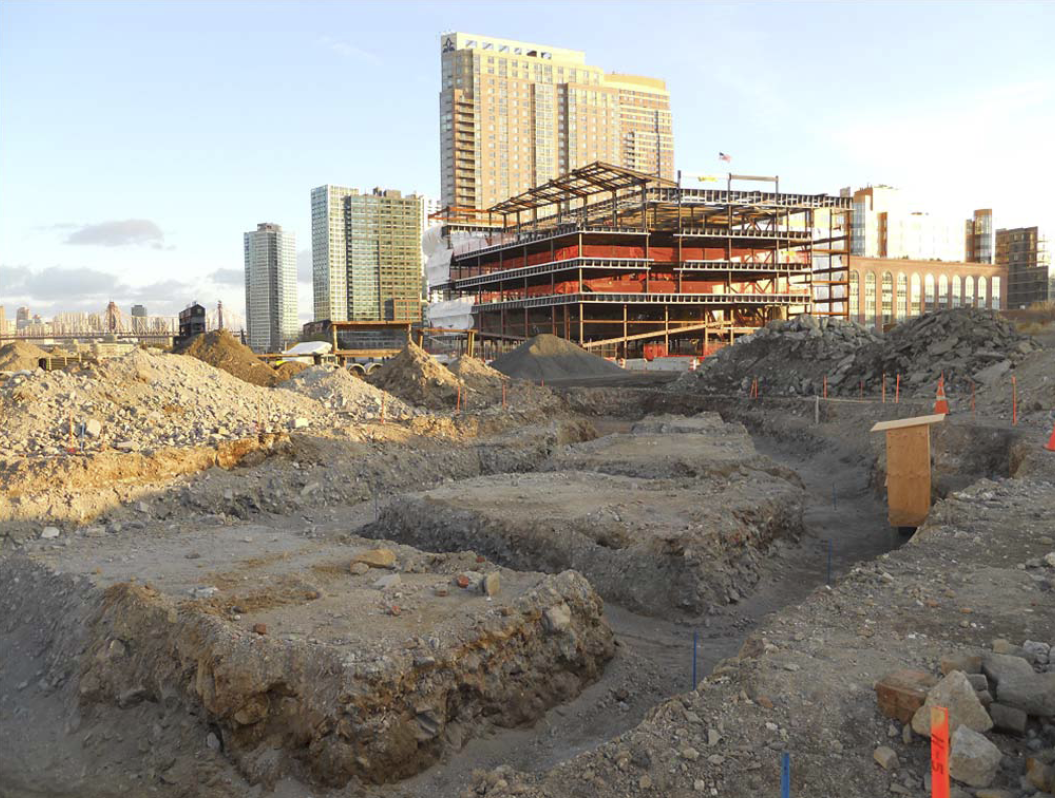 As the pathway takes shape, so does a new school, the first building to be completed on the site, seen here in January.
mchabanobserver 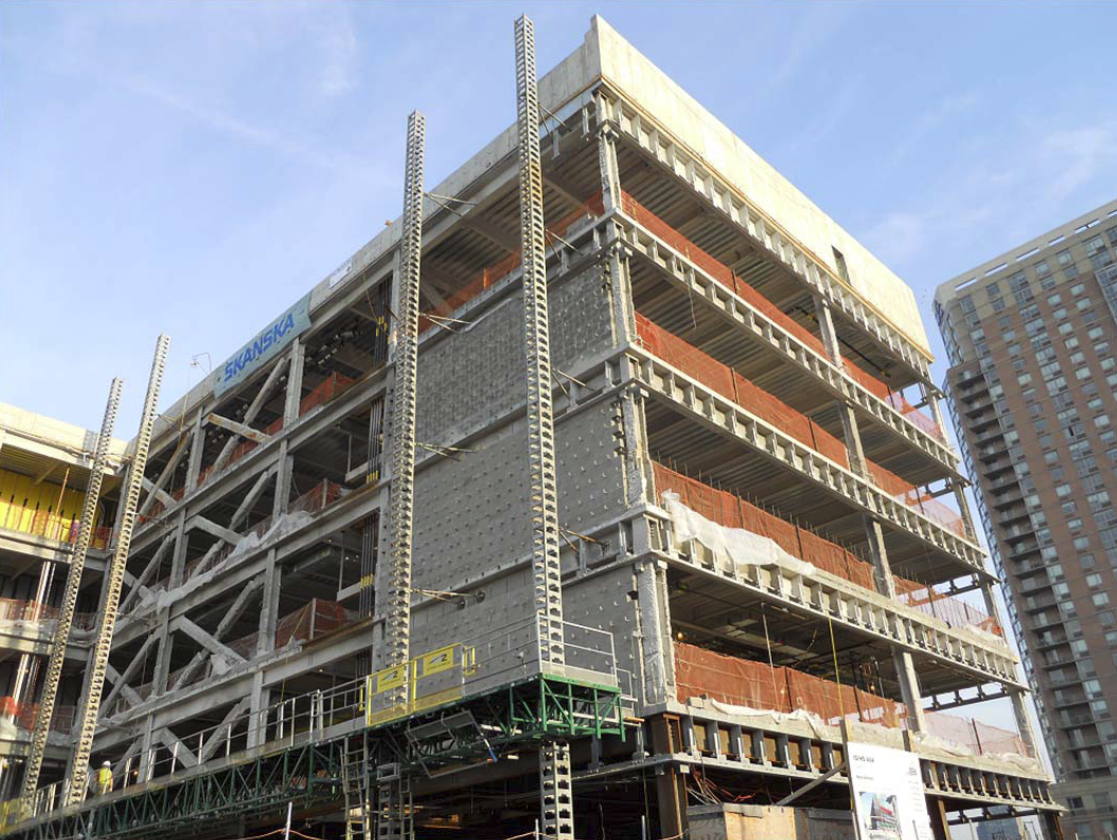 By April, the walls of the school had already begun to take shape.
mchabanobserver
Advertisement

The project is meant to create a new gateway to Queens.
mchabanobserver 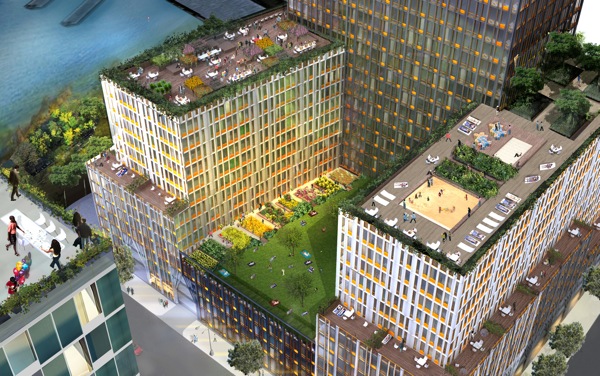 There is green not only in the park, but on the towers, too.
mchabanobserver 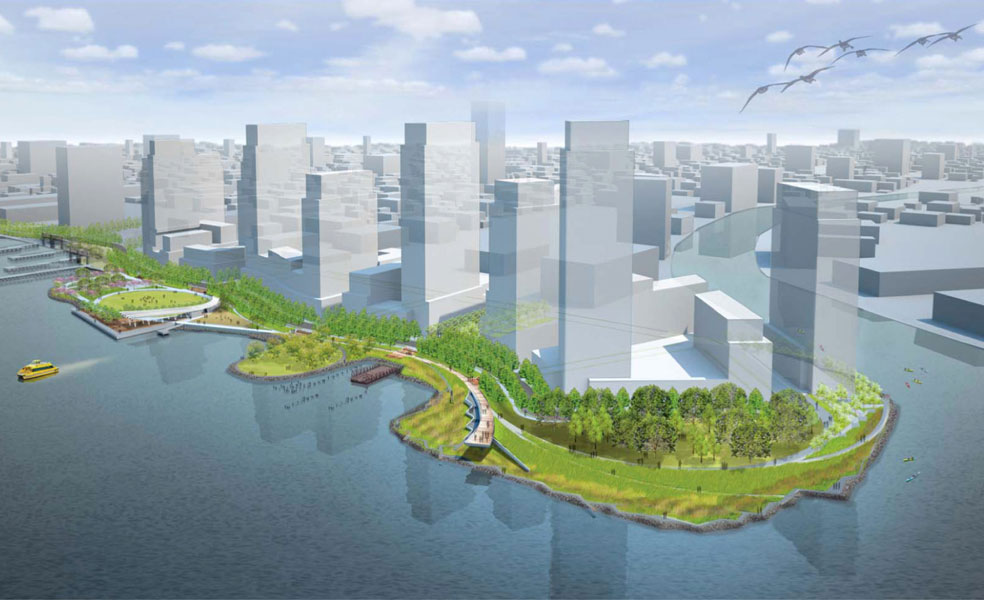 Once completed, there will be some 5,000 apartments in up to a dozen towers.
mchabanobserver 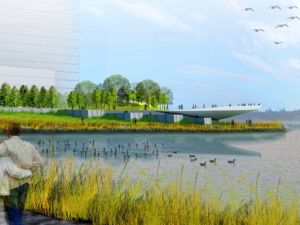 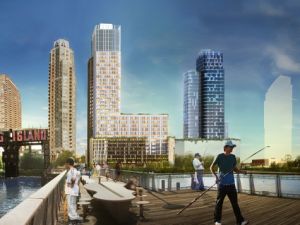 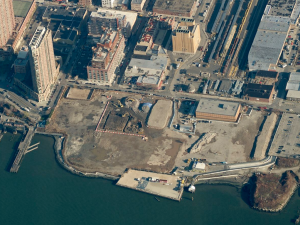 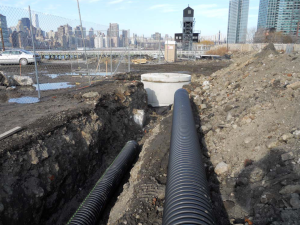 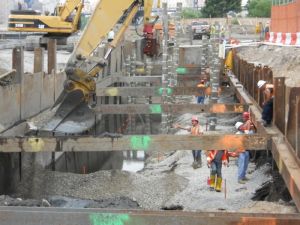 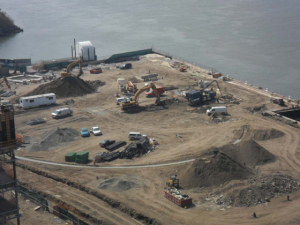 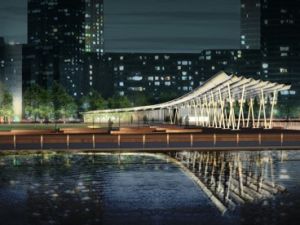 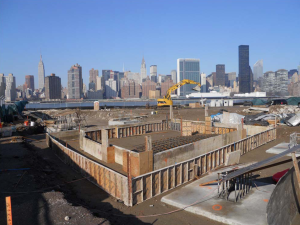 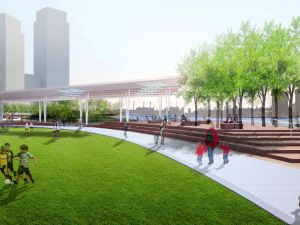 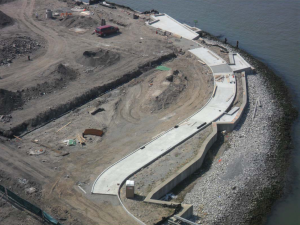 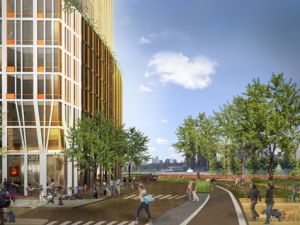 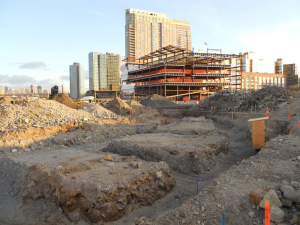 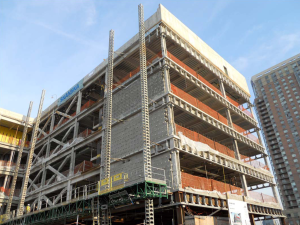 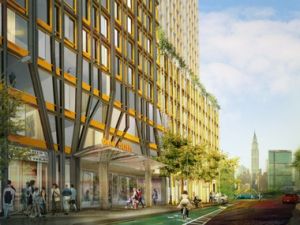 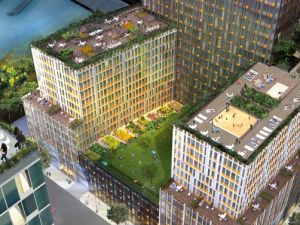 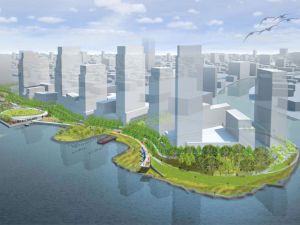 Yesterday, The Journal (rightly) complained the lack of progress at two major affordable housing projects, Hudson Yards and Willets Point. This got The Observer wondering about another, though: whatever happened to Hunters Point South, which was approved the same day almost four years ago as the Willets Point project.

Things are moving along quite nicely, it turns out.

It may seem as though there has been limited tangible progress since Related Companies was tapped to develop the project in February of last year, but that is because most of the work is being done below the surface—with on the banks of the East River and the banks of housing finance.

Since last spring, HPD and the city’s Economic Development Corporation have been at work on building new infrastructure in Hunters Point South, which had been a Daily News printing plant until a few decades ago but otherwise little else. “There was nothing there,” an HPD official told The Observer.

According to the EDC’s construction report for May, sanitary sewers are 100 percent complete, storm sewers are 96 percent complete and mains are 82 percent complete. Parks infrastructure is coming along, as well, with subsurface work more than halfway finished and features like a dog run, playground, concession building and waterfront walkways taking shape.

Furthermore, the department has pegged financing to be wrapped up this fall for the first phase of the project—project financing usually closes in May and June, but given the cost and complexity of this deal, more time is being set aside to get it done. After that, a groundbreaking is scheduled for October.

At full build out, Hunters Point South will have 5,000 apartments, 60 percent of which are to be affordable, with a particular focus on middle class housing. Related is developing the first phase with Phipps Houses and Manadnock Construction, a builder of affordable housing throughout the metro area. The two towers are being designed by SHoP Architects and KPF and will house 950 units.

Last November, Deputy Mayor Robert Steel announced that all of those apartments would be affordable units, as opposed to just 75 percent of them as originally planned. Affordability ranges from $32,000 a year to $130,000 a year for a family of four.

As for mega projects in general, the city still sees much strength in that area.

“Willets Point and Atlantic Yards are two of the City’s important signature projects for sure, and the timetables have been recast somewhat,” the HPD official said. “Those are two big projects in a city with a lot of big projects, so I don’t know if using them as a catch-all to characterize the state of housing production in City development projects is the right way to go.”

The official also pointed to progress on projects ranging from Gotham West to Arverne as other large housing projects that continue to make progress in spite of surrounding economic issues.

And now, for some mood music: