The sun was still setting when The Observer rounded the corner under The High Line for IAC’s Internet Week closing party, co-hosted by Aereo, a provocative new startup that will allow users to view broadcast content on their computers, smartphones and tablets. Off the drab West Side Highway, the Frank Gehry-designed building shimmered like a landing dock for a space ship–as if the top could twist off and whir its way into the atmosphere. Will Arnett and Wilmer Valderrama walked the red carpet. Dolled-up in pale pink, Allison Williams (the Miranda to Lena Dunham’s Carrie) took Barry Diller’s elbow as she navigated the crowd.

As the origin myth has it, Mr. Diller’s transformation from a Hollywood mogul to Internet soothsayer for this new digital era started with an Apple PowerBook. “No question that his relationship with his little screen, which is irritating to everybody in the room, has altered his life,” his closest confidante and now wife Diane von Furstenberg told The New Yorker some years back.

It was the early ’90s—right around the time Rupert Murdoch refused to make Mr. Diller a principal at Fox, the fabled fourth network Mr. Diller pioneered when competitors insisted that three would do just fine.

In search of an empire of his own, Mr. Diller embarked on a self-directed innovation tour—PowerBook in hand—visiting MIT’s Media Lab, and meeting with Steve Jobs (biding his time at NeXT Computers between gigs at Apple) and Bill Gates. Looking at the future through his PowerBook–shaped crystal ball, Mr. Diller concluded that a “new video democracy” was on the horizon. As The New Yorker put it, Mr. Diller saw how “the computer screen might become a TV set, and the keyboard would be a mechanism for summoning anything. The speed would be astonishing. A billion bits of information per second would travel over a wire.”

“My god. I’m impressed,” Mr. Diller told The Observer earlier this week, chuckling at his own prescience. “I mean that’s really shocking, at least to me, since I can’t imagine my thinking in ’92 had evolved that far. ’94, yes. But not ’92.”

Over the phone, Mr. Diller sounds not unlike a debonair Darth Vader. There’s a lot of impeccable elocution and heavy breathing. “I haven’t read that story since it was published. I don’t even know if I ever actually read the whole thing,” he offered with the kind of offhand braggadocio one might expect from the man credited with inventing the TV miniseries and the movie of the week at ABC, and greenlighting The Simpsons.

Using remarkably tiny, thumbnail-size antennas stored in a warehouse in Brooklyn, Aereo is able to live-stream broadcast TV—the adorkable New Girl on Fox, say, or the upcoming London Olympics, which cost NBC $4.4 billion—to any mobile device for just $12 a month. Users can watch the programming as it airs, or record up to 40 hours of content. Aereo won’t say so, but coupled with a Netflix subscription, the new service will enable many users to cut the cord of their cable subscriptions.

“I thought it was fascinating,” Mr. Diller said. “And because I thought it would further develop ‘television’ over the Internet, I was intrigued.” According to Aereo’s CEO Chet Kanojia, Shana Fisher, one of the start-up’s seed investors, first introduced Aereo to IAC, which is a limited partner in her fund, High Line Venture Partners. “Barry immediately gravitated towards it because of his history,” said Mr. Kanojia, who divides his time between Aereo’s headquarters in Long Island City and its engineering base in Boston. “He said, ‘I want to meet this guy.’” He had to be sure, said Mr. Kanojia, that the technology was not “a fantasy.”

Skepticism allayed, Mr. Diller has been helping shine the spotlight on Aereo through everything from his recent congressional testimony on Net neutrality to that celebrity-studded Internet Week party.

Naturally, Mr. Diller’s former colleagues from the broadcast world would like to litigate Aereo out of existence. Less than two weeks after IAC announced its investment in Aereo, 15 plaintiffs, including ABC, NBC, CBS, Fox and even PBS, filed a lawsuit seeking damages for copyright violation and an injunction to stop Aereo from operating, just as they did a similar startup called Ivi.tv last year. Rumor had it Aereo raised $20.5 million expecting a fight, a claim Mr. Kanojia denied. The core dustup involves retransmission fees, a backdoor money stream networks came to depend on after the 1992 Cable Act, which required broadcasters to either declare their channels a “must carry” for distributors like Time Warner and DirectTV or opt for retransmission consent in the form of cash or other considerations. (Aereo argues that its minuscule antennas enable a “private performance” for individuals, absolving it from paying licensing fees.)

New Yorkers were forced to familiarize themselves with “retrans” fees after a dispute between MSG Network and Time Warner Cable resulted in a blackout of Knicks and Rangers games smack in the middle of Linsanity. On an earnings call last month, Time Warner CEO Glenn Britt told analysts he found the Aereo lawsuit “very interesting” and would be watching it closely.

“[Aereo] is the most direct attack on retransmission consent that we’ve seen,” Richard Greenfield, a media analyst for the broker-dealer BTIG, told The Observer. “I think the multichannel distribution world, which would benefit from an end of retrans, is foaming at the mouth for a legal ruling in favor.”

Television incumbents have fought every major technological advancement, from cable TV to the Betamax. But it’s hard to shake the feeling that Mr. Diller’s involvement in Aereo is particularly nettlesome. After all, who would be better poised to introduce broadcast TV on the Internet to the masses than a storied executive who spent the last few years nurturing online video start-ups like CollegeHumor and Vimeo.

Of course, betting that Mr. Diller can replicate the audacity of his network days hasn’t always panned out for prognosticators. He may have seen the future of TV on the Internet, but post-Fox, Mr. Diller landed in the woods of West Chester, Pa., as “king of cubic zirconium” at QVC. Then there was the $1.85 billion bid to one-up Google with Ask Jeeves. One would be more likely to ask Google than Jeeves how that venture fared. But IAC’s stock is on an upswing since Mr. Diller successfully fended off a suit from cowboy billionaire John Malone in 2008 for spinning off properties like Ticketmaster and the Home Shopping Network into their own public companies.

Hearings in the copyright lawsuit, which begin at the end of this month, will determine whether Aereo will add to Mr. Diller’s legacy as an upstart, or end up the next Napster.

“Whatever,” was Mr. Diller’s response to the notion that Aereo’s future might rank on par with his past successes. “I don’t relate things one to the other.” 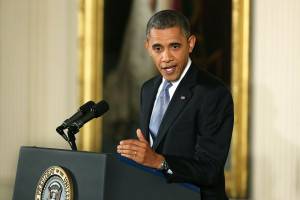