Newark Mayor Cory Booker this evening praised Jersey City Mayor Jerry Healy as his friend and a great leader at a fundraiser for Healy.

Booker’s effusive appearance at the fundraiser came as Healy continues to gear up for a 2013 showdown with Downtown City Councilman Steve Fulop – and maybe state Sen. Sandra Cunningham (D-31).

Assemblymen Charles Mainor and Jason O’Donnell were at the event in support of Healy, along with Freeholder and JCDC Chair Jeff Dublin. 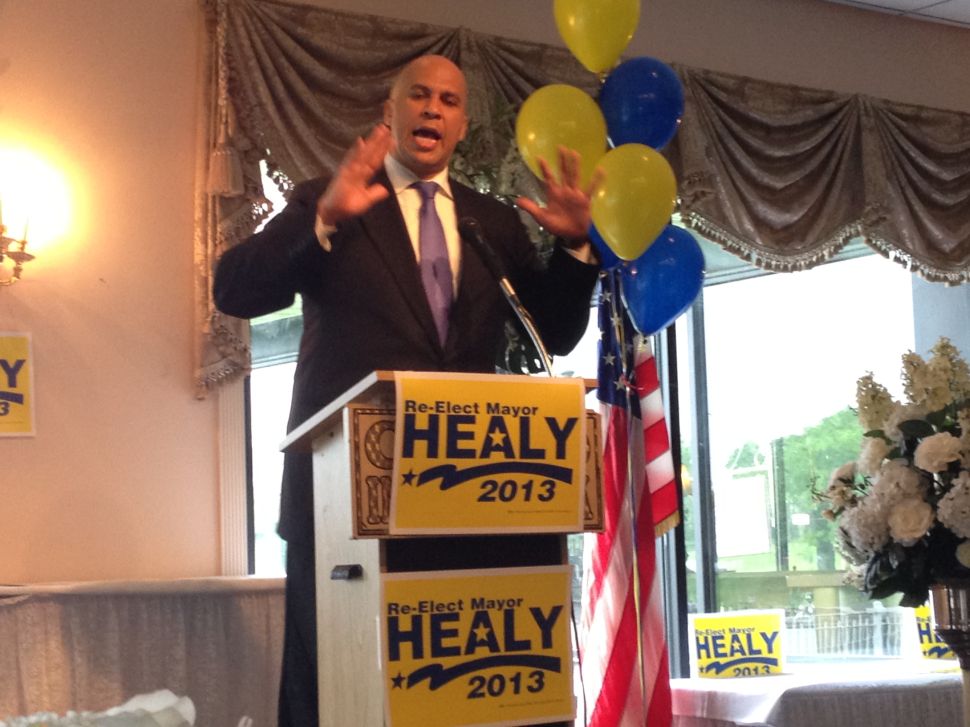