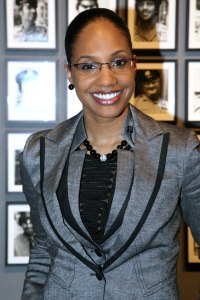 The Brooklyn Museum announced today that it will postpone an exhibition that was set to open on June 29. LaToya Ruby Frazier’s “A Haunted Capital,” which was to have opened on that date, was first announced by the museum on May 9. No new date have been listed for the show.

Ms. Frazier appears in the 2012 Whitney Biennial. Her show at the Brooklyn Museum will explore the decline of Ms. Frazer’s hometown of Braddock, Penn., through 40 photographs.

Last year, the Brooklyn Museum was in the news for canceling a show of graffiti, “Art in the Streets,” which first ran at the Museum of Contemporary Art in Los Angeles. Brooklyn cited financial constraints as their reason for pulling the plug on that show.