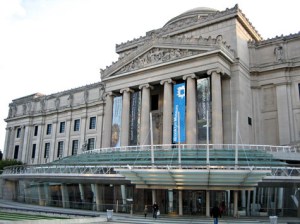 The Brooklyn Museum announced that it will host an exhibition by aspiring Brooklyn artists. No, it’s not the third season of Work of Art. The museum launched a new initiative today to create a crowd-sourced exhibition inspired by the ArtPrize, a yearly art competition judged by the public, and Brooklyn’s tradition of holding open studio events like Bushwick Open Studios and the Dumbo Arts Festival. Community members can nominate artists for the exhibition beginning on June 4. Then, in early September, museum curators will pay the nominated artists a studio visit and select the work for the show, GO: a community-curated open studio project.

The show, which will open on Dec. 1, 2012, and run through Feb. 24, 2013, is organized by Sharon Matt Atkins, managing curator of exhibitions, and Shelley Bernstein, chief of technology.

“GO is a wide-ranging and unique project that will transform how Brooklyn communities engage in the arts by providing everyone with the chance to discover artistic talent and to be involved in the exhibition process on a grassroots level,” said Arnold L. Lehman, director of the Brooklyn Museum.

Here’s hoping that Simon de Pury makes a guest appearance to playfully berate the nominated artists as they vie for the chance to participate.