EAST HANOVER – Gov. Chris Christie wrapped himself around the neck of Mayor Cory Booker today amid ongoing buzz that Booker is the Democrats’ only candidate who can beat Christie – and is mulling a run against him.

“I’m not going to make any apologies for working with Democrats,” Christie declared to applause from this Republican crowd in the redistricted 27th Legislative District –  home to state Sen. Dick Codey, (D-27), another would-be 2013 challenger.

It was a day after Christie – surfacing in a local fire house for a town hall – acknowledged calling firehouse hero Booker and asking him to co-star in a video for last night’s correspondents’ dinner.

Insiders loved the video, which lampooned the Batman and bulldog images of the mayor and governor respectively.

The video hit the press corps less than a week after an FDU poll showed Booker riding an 8-1 favorable/unfavorable ratio.

“There are those in Trenton who have not yet gotten the memo. They’re the folks who want to continue running things,” said Christie, singling out state Sen. Paul Sarlo (D-36) and Assembly Majority Leader Lou Greenwald (D-6).

Greenwald’s another potential 2013 gubernatorial opponent, defining himself as a hard contrast target to Christie with a tax plan that includes a millionaire’s tax that the govenor rejects.

The appearance in his home county before an awe-inspired crowd came complete with the governor’s own Koyaanisqatsi-like soundtrack and voice over highlighting his much hyped “New Jersey Comeback.”

No irony informed the event a day after state revenue collections for the month of April feel nearly $184 million short of projections, according to the state’s Treasury Department, leaving New Jersey $230.2 million behind revised revenue estimates for the year to date.

Christie told the crowd it could expect to see significant shared services legislation within the next month and a half forcing the hand of local elected officials. 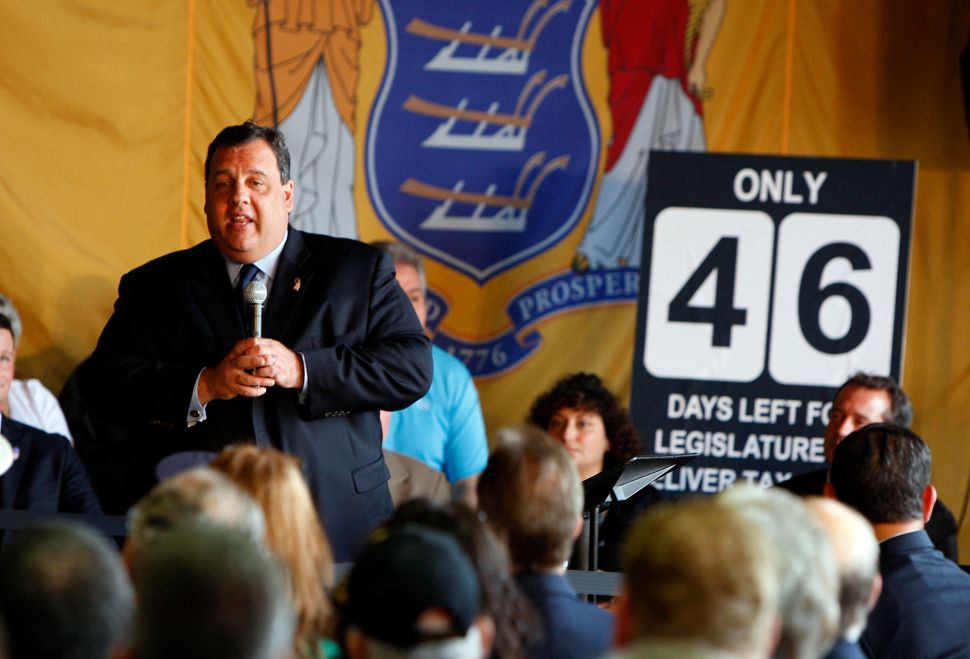