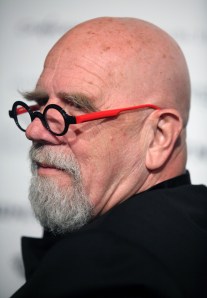 A California court has handed a defeat to Chuck Close and his artist colleagues suing Christie’s and Sotheby’s, attempting to obtain millions of dollars in resale royalties they argue they are owed under state law. According to Thompson Reuters, Judge Jacqueline Nguyen, an appeals court judging sitting in U.S. District Court in Los Angeles, ruled that California’s resale royalty act violates the United State Constitution’s Commerce Clause, which affords the federal government with the power to regulate economic activity between states.

Under the 1977 California law, the seller of a work on the secondary market is required to pay five percent of the sale price (for works selling above $1,000) to the artist who produced the work or the artist’s estate. As the wire service notes, the law covers any sale of an artwork owned by a California resident, as long as the artist is a U.S. citizen or California resident, meaning that a San Diego art collector flipping a work by a Chicago–based artist in New York is be expected to pay under the law.

As Gallerist reported late last year, the Visual Artists and Galleries Association, a nonprofit group that defends the intellectual property of its member artists, is currently lobbying the federal government for a national resale loyalties statute that would seem to be permissible under the court’s ruling. Such droit de suite laws are commonplace in Europe, though California is the only state to have such a provision on its books.

Thomson Reuters’s Alison Frankel writes of the ruling that, given the constitutional issues the law presents, “The curious thing is that it took 35 years for the Resale Royalties Act to be struck down as unconstitutional.” She reports that one of the lawyers for artists and estates bringing the suit told her in an e-mail that his clients would continue their fight in the U.S. Court of Appeals.

Update, June 8: A ruling on a motion clarified that the law remains in effect, pending the decision of higher courts.