It was strange enough earlier today when a human foot was apparently delivered via Canada Post to the headquarters for Canada’s Conservative Party in downtown Ottawa–now police have yet another body part to investigate.

The foot arrived at the Conservative Party offices in Ottawa this morning. A Hazmat team took control of the package and eventually delivered it to a coroner who did indeed confirm, yes, that’s a dcomposing  foot. Of the sort that typically belongs to a person.

Authorities haven’t disclosed much regarding the grisly new find:

Police would not say what the body part was, nor where it was found, though they did say it was not found at the Conservative Party offices on 130 Albert Street where the foot was sent.

A report in The Province suggested the other body part was actually a body, as police investigating garbage piled on a street in a Montreal neighborhood “discovered a human torso in a suitcase.”

Meanwhile, here in America Mitt Romney won the Texas primary as expected and absolutely no dismembered bodies came into play, as far as we know. 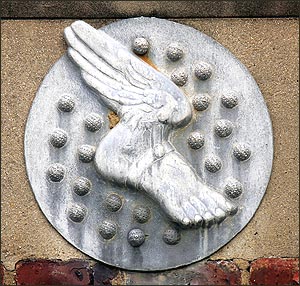