If you happen to be walking on Broadway right before the clock strikes midnight, do not be alarmed when several major video screens turn into digital canvases. It’s just the first of the Times Square Arts installation series, which runs from 11:57-12 a.m. from May 1 – 31. And what better artist to kick off the premiere exhibit than Watermill Center founder and premier artist, director, and curator Robert Wilson?


Robert Wilson Digital Portraits features celebrities like Isabella Rossellini, Johnny Depp, Macaulay Culkin,  Salma Hayek , and Robert Downey Jr. in what at first appears to be a very hi-res photo. On closer inspection, the subjects can be seen moving. This effect is captured with the help of HD video and time-based cinematography. While Mr. Wilson has been taking the Digital Portraits series on tour with Dissident Industries Inc. since 2005, this is the first time they will be shown on street screens.

So please don’t be alarmed if you see anything like this suddenly take over your Pepsi commercial on 42nd St.: 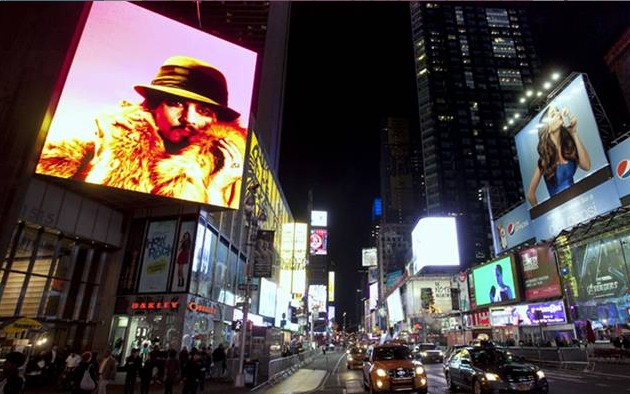