Head-to-head in an NAACP-sponsored forum for the first time, the contenders in the 10th Congressional District tried to outshine one another this evening at Trinity AME Church.

“Many Democrats came late to support this president in 2008,” said the candidate, “some of them sitting right here in this room.”

Rice said he wants to repeal No Child Left Behind and Payne said ditto.

“I agree with the councilman,” said the Council President.

Gill gonged Payne at one point.

“I did my FEC filings, some up here (pointing to Payne), did not,” said the senator.

Against a backdrop of rumors that he isn’t running to win this one but setting up the groundwork to run for Essex County executive, Irvington Mayor Wayne Smith gave his opening remarks then announced that he had to leave for another event.

On paper it was a good week for Rice, who secured the support of the Communications Workers of America (CWA) and SEIU locals. The CWA, after all, muscled Dwayne Warren to a victory last week in the Orange mayor’s race, but sources say hopes of a Rice repeat are unlikely. The CWA will not contribute money to Rice the way it did to Warren.

“There’s probably no money left over there after Orange,” an insider told PolitickerNJ.com.

A Payne backer told PolitickerNJ.com that part of the reason the CWA won’t go crazy for Rice the way it did for Warren is because the late Congressman Payne had a robust, pro-public sector union record.

“If Joe D were the candidate, for example – different story,” said the source.

The church was packed tonight.

Rice’s union endorsements caught the attention of operatives in the Payne camp, who are confident Payne’s party establishment support will power him to victory on Election Day. One source close to Payne said he believes Rice drains votes from Gill, who should have mustered those union endorsements. 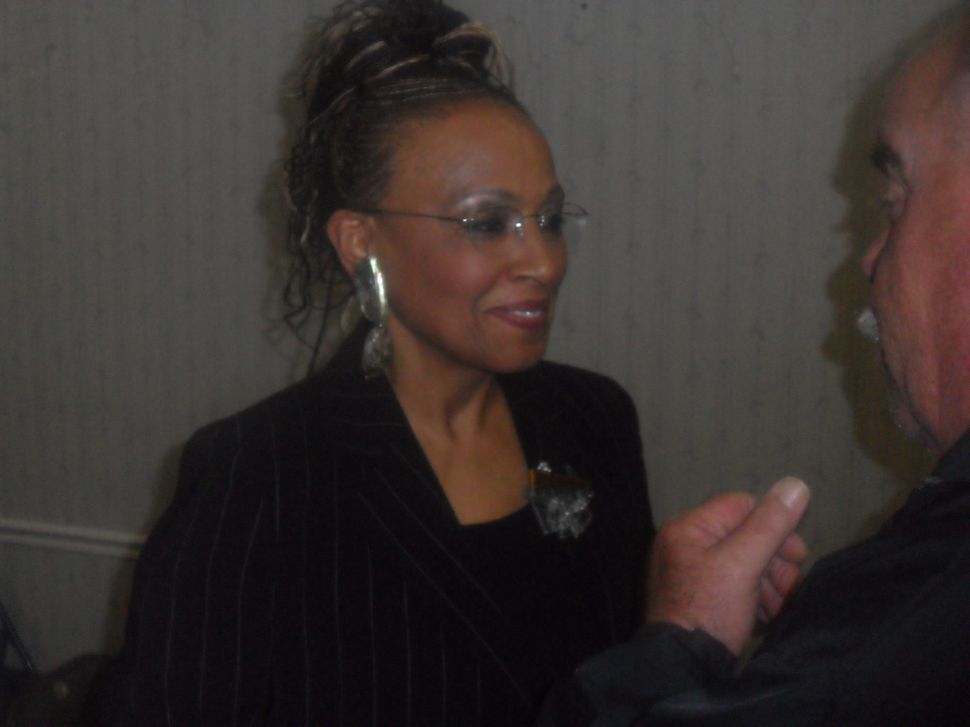