Chen Guangcheng, the blind Chinese activist who wanted to hitch a ride out of Beijing on Hillary Clinton’s plane, is college bound. The State Department struck a deal with the Chinese foreign ministry to have Mr. Chen come to America for a university fellowship.

“If he wants to study abroad, he can apply through normal channels to the relevant departments, according to the law, just like any other Chinese citizen,” a Chinese foreign ministry spokeswoman said in a statement.

Soon after, the State Department announced a deal for Mr. Chen to come study at an as-yet-unnamed university and said the Chinese government agreed to accept his study abroad application. Mr. Chen has organized protests and worked as a lawyer for women allegedly threatened with forced abortions. He was imprisoned for four years and, since his release eighteen months ago, has been held in his home under armed guard where he claims his family was regularly assaulted by his guards.  He made a daring, late-night escape last month and fled to the U.S. embassy.

On Wednesday, Mr. Chen said he was led out of the embassy and taken to a hospital where he begged Ms. Clinton to intervene on his behalf.

“I’m absolutely, absolutely ready to fly out on Hillary Clinton’s plane,” he said. “I don’t know why the Americans didn’t answer my phone calls.”

Mr. Chen’s situation was threatening to become a political problem  for the Obama administration. A hearing on the matter was held yesterday in the House of Representatives. Mr. Chen phoned in to say he wanted a meeting with Ms. Clinton and to ultimately come to America. By sending Mr. Chen to school, the State Department avoided the potentially messy problem of dealing with a request for asylum that would be seen as a criticism of the record of political repression in China, which owns over $900 billion in U.S. debt. 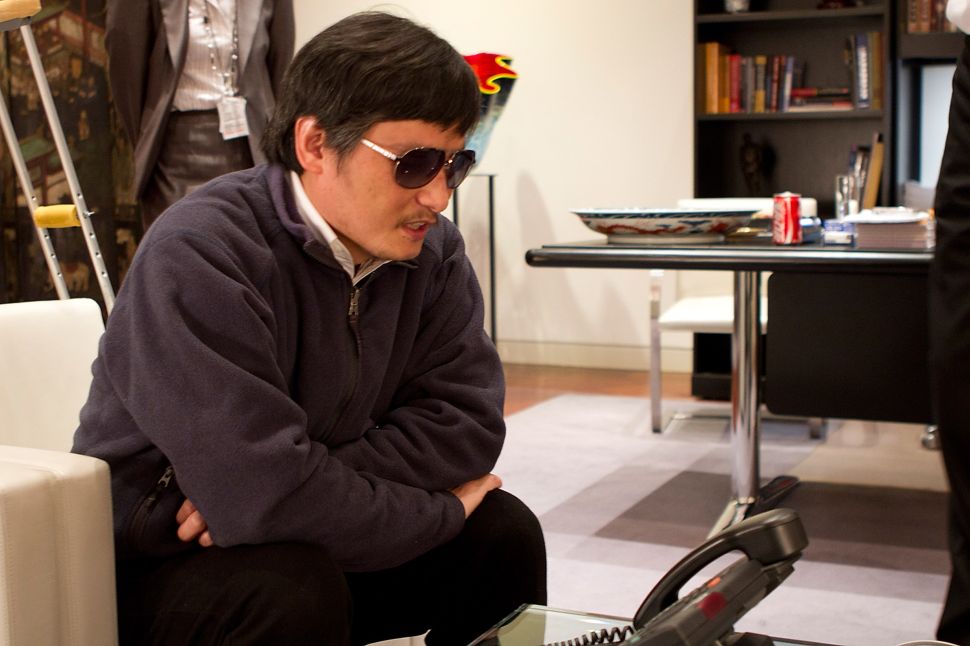