Hey, have you seen New Jersey Governor Chris Christie’s goofy web video with Newark hero-Mayor Cory Booker? Have you? Have you? Well, if you’re famous enough, Mr. Christie has probably tried to pitch it to you over Twitter.

Last night, the official account of the New Jersey Governor tweeted at Saturday Night Live and Seth Meyers, suggesting Mr. Christie and Mr. Booker would be good for a sketch on the show. Cute. But a quick glance further into his feed shows clear and troubling signs of desperation.

He even tweeted at Oprah!

None of the celebrities in question have responded to Mr. Christie’s pleas for attention.

The governor’s aggressive attempts to promote the video are particularly interesting since the clip hypes his status as a potential vice presidential pick and ends with him telling Mitt Romney he’ll take the job. Mr. Booker, who spoofs his reputation as “supermayor” in the video, has said the whole thing was Mr. Christie’s idea.

Perhaps Mr. Christie is hoping to show Mr. Romney he can bring star power to a potential ticket. Or, maybe he just wants someone to talk to on Twitter.

Either way, Mr. Christie’s celebrity correspondence clearly hasn’t worked. Perhaps he should set his sights a little lower and reach out to some more D List Jersey-based stars before truly trying to take on Hollywood. We’d suggest sending a DM to Snooki, or perhaps an @ tweet at the infamous “tanning mom.” That’s much more likely to yield a response. 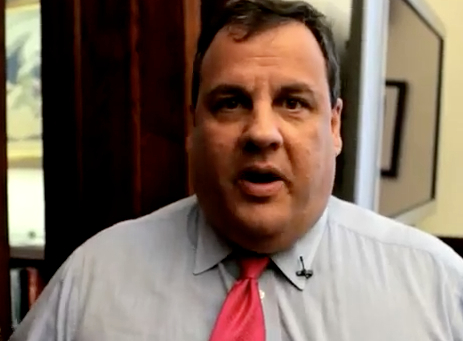