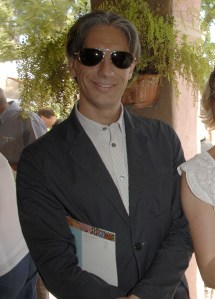 Artnet’s Rachel Corbett checks in with Chris D’Amelio, whose gallery D’Amelio Terras closed last December following a decision to part ways with partner Lucien Terras. He’s since reopened in that gallery’s former home on West 22nd Street under his own name.

As for loose ends, D’Amelio said he’s following through on any commitments made to artists he didn’t sign to the new gallery, and that he’s still in contact with Terras to follow up with sales and museum presentations. After all, “15 years of partnership doesn’t happen by accident,” he said. “I think it’s good for both of us. For me, who wanted to maintain a gallery, to have this happen and feel suddenly that it’s really now up to me again, there’s nobody else to turn to, that got me really excited and energized.

Mr. D’Amelio has kept on a good number of artists from that partnership, though he’s apparently looking to add between three and eight more. (N.b., he’s not looking for any unsolicited portfolios.)