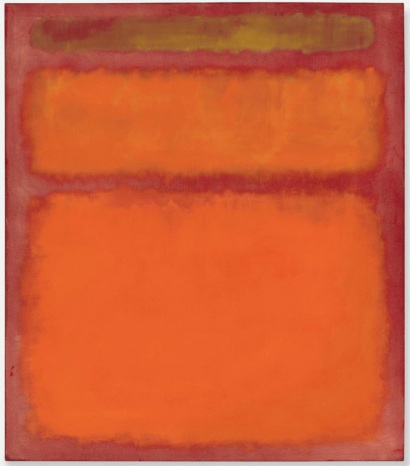 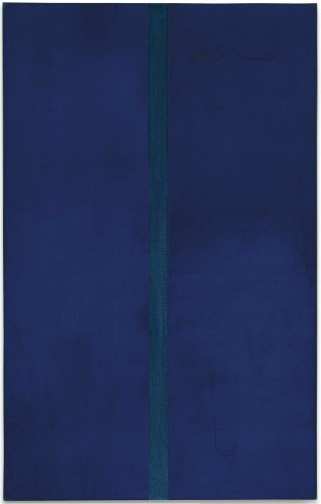 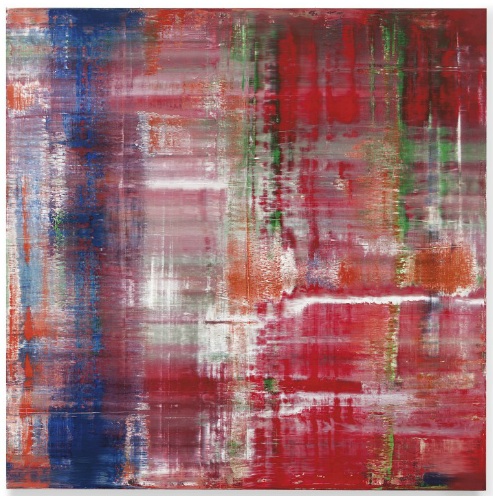 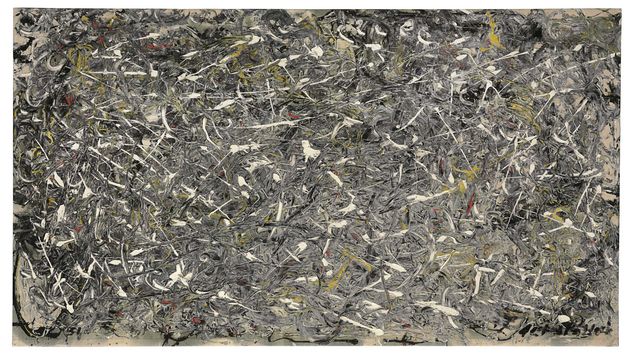 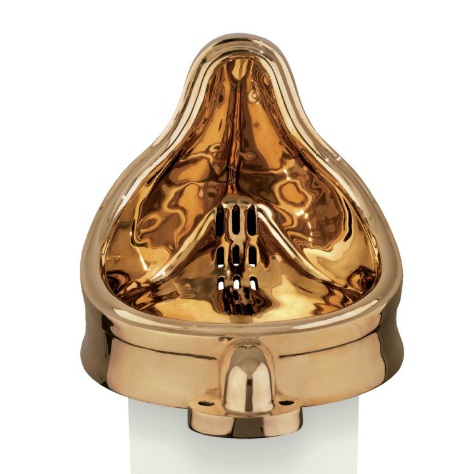 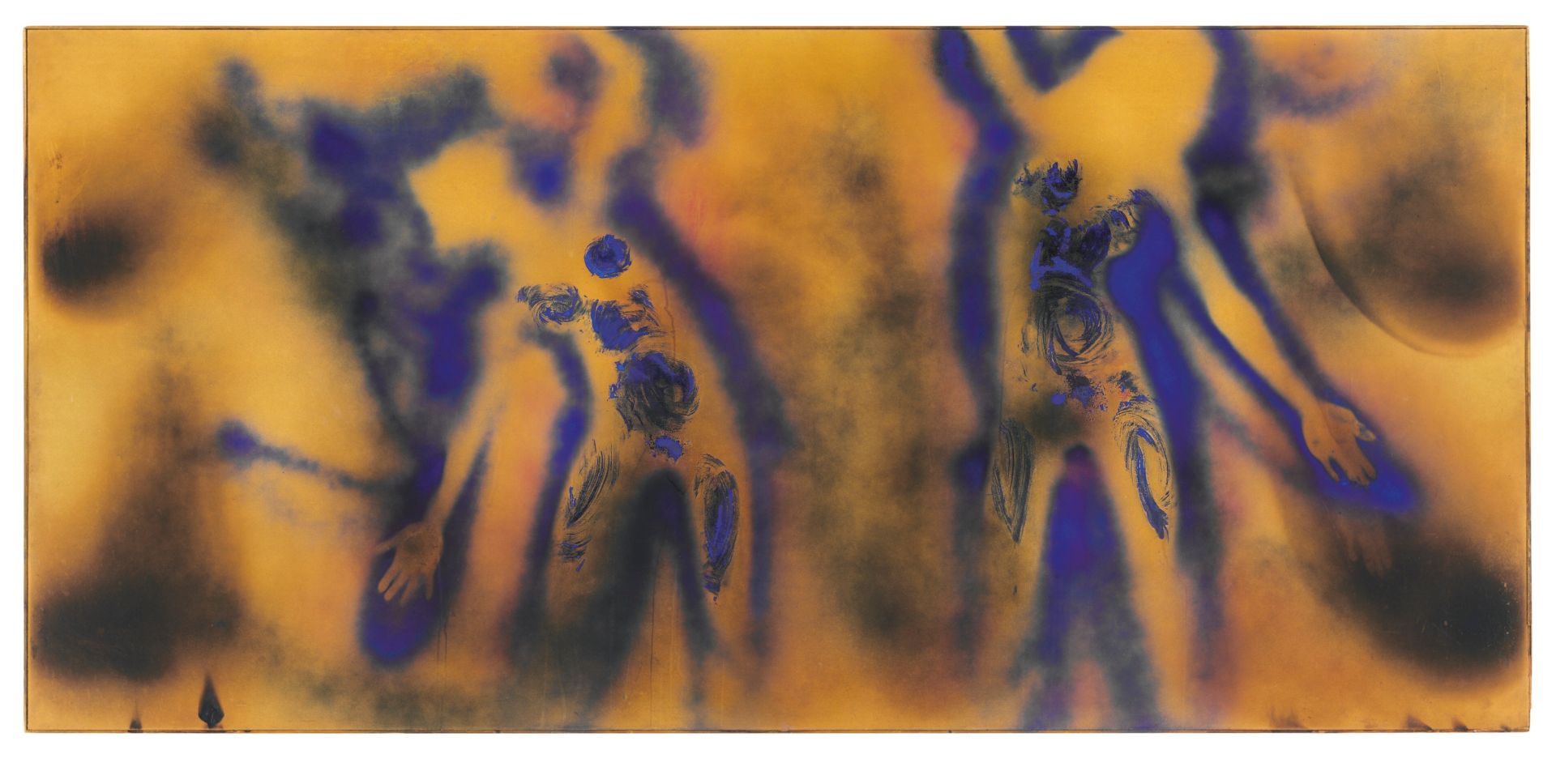 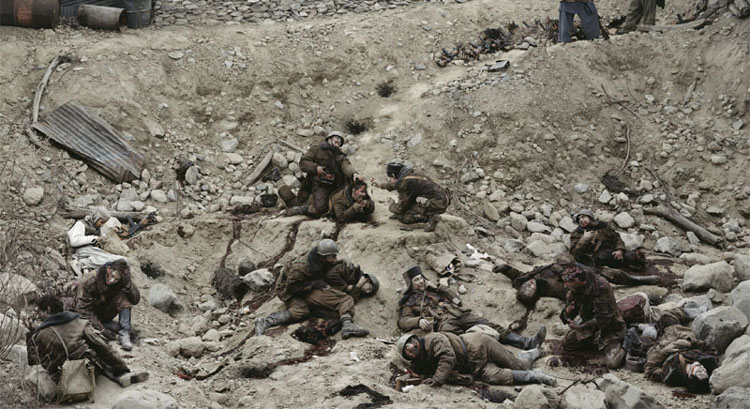 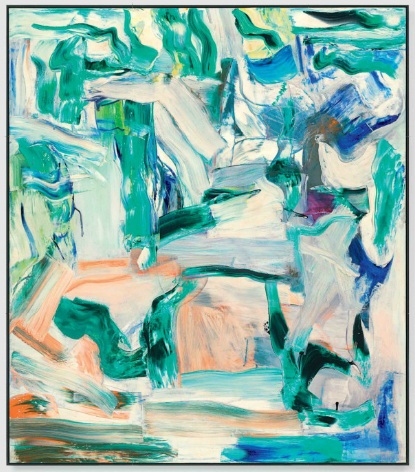 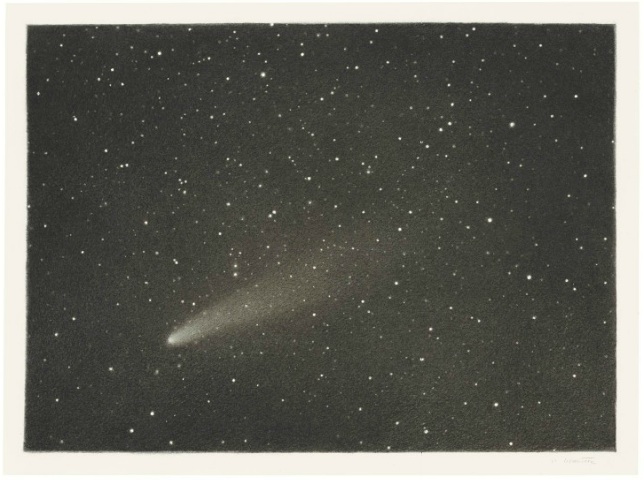 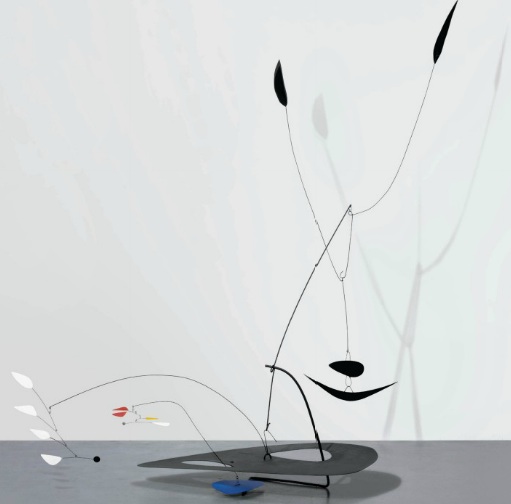 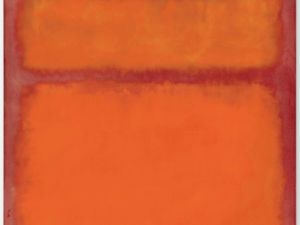 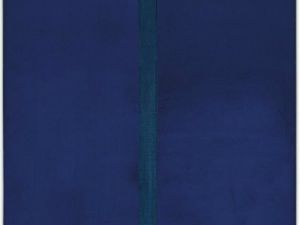 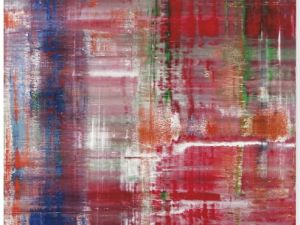 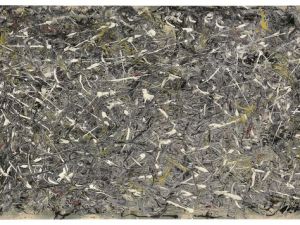 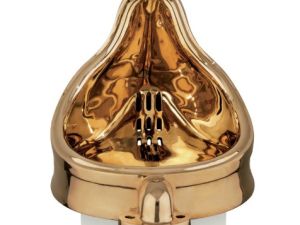 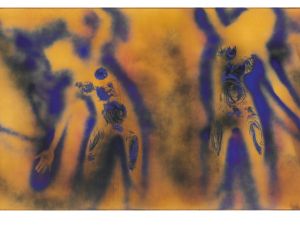 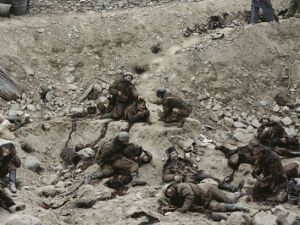 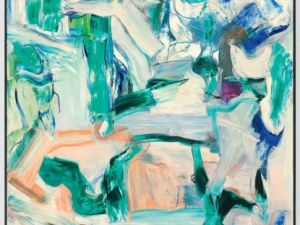 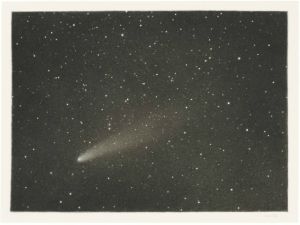 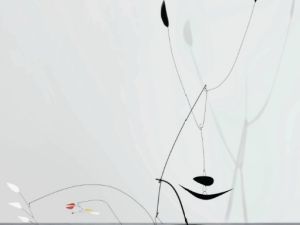 Tonight auctioneer Christopher Burge hammered down an impressive $388.5 million total with premium during Christie’s post-war and contemporary auction, his last sale at the rostrum. It was the highest sum ever recorded for a contemporary art auction, and easily surpassed the sale’s $330 million high estimate.

The packed room was lively and saw a frenzy of bids for the key lots, led by a Mark Rothko work, Orange, Red, Yellow, from 1961 that hammered at $77.5 million ($86.9 million with the buyer’s premium), a new world record for any contemporary work sold at auction, and a new record for the artist. Artist records were shattered throughout the evening with a total of 11 new artist highs by the end of the 59-lot sale.

The sell-through rate by lot at the two-hour auction was a superb 95 percent, with every lot finding a buyer until number 51, more than an hour into the sale, when Joan Mitchell’s densely colored painting When They Were Gone (1977) stalled at $1.8 million against a low estimate of $2 million and passed, eliciting groans from the audience.

The record result was all the more impressive given that two prime lots, a Brice Marden and a Basquiat, with respective high estimates of $10 million and 12 million, were withdrawn before the start of the sale.

“We kinda broke the bank,” Contemporary Chairman and International Head Brett Gorvy said after rattling of a few of the records from the evening at the post-auction press conference.

Many of the lots were new to auction from prominent estates, which accounted for some of the evening’s greatest successes. Mr. Burge was in a playful mood for the evening, especially during the bidding for the first Gerhard Richter, Abstraktes Bild (798-3) (1993), which saw some bidding from the phone bank that he deemed unacceptable.

“15.3?” he asked specialist Lisa Layfer who offered a phone bid when the lot stood at $15.2 million. “Absolutely not. It must be 15.5.” Ultimately, he accepted $15.4 million from Mr. Gorvy’s phone bidder. “I’m allowed to have fun on my last outing, right?” This prompted a few sitcom audience-like “Awwws” from the crowd, which Mr. Burge shushed, gavel in palm.

Then Larry Gagosian jumped in. “Where is it?” Mr. Burge asked an assistant. The man to his left quickly pointed at Mr. Gagosian. “No, I know that,” Mr. Burge said, as if to say, obviously I’m not going to miss a bid from Larry Gagosian. “What’s the price now?”

Mr. Gagosian went on to become the underbidder for the lot, which hammered at $19.4 million, $21.8 million with premium, narrowly beating another Richter abstract from 1997, which sold at Sotheby’s this fall for $20.8 million. Just as the hammer resounded, a bidder in the audience attempted to mount a last-second bid. Mr. Burge was not having it. “You messed me around long enough,” he said as he recorded the sale in his book.

A total of six Richters sold during the course of the evening, with the artist’s 1969 photorealist depiction of an empty sea selling for $19,346,500—the highest sum ever paid for a representational painting by the artist, edging out one of his iconic paintings of candles from 1982, which made $16.5 million last fall.

The Rothko, which came up not long after the first Richter, faced an artist’s record set by a work owned by David Rockefeller that sold at Sotheby’s in 2007 for $72.8 million, but the Christie’s Rothko shot up to $40 million from $24 million in 30 seconds. There followed six more minutes of drawn out bidding from Christie’s honchos, jostling for position at the phone bank to Mr. Burge’s right, all within five feet of each another. After the hammer fell for Mr. Gorvy’s bidder at $77.5 million, dealer Robert Mnuchin, of L&M Arts, yelled from the crowd, “Christopher, that’s your going-away present!”

“Thank you, Bob, I appreciate it,” Mr. Burge replied and then it was back to business. “Do you have a number, Brett?” In the adrenaline rush, Mr. Gorvy had briefly forgotten to tell the auctioneer who’d bought the thing.

Among the world records were new highs for Jackson Pollock, Barnett Newman (his classic Onement V, from 1952, a lot that saw extensive bidding from Upper East Side dealer Christoph van de Weghe) and Yves Klein, all of which beat their previous records by at least $10 million. (Prime work from the artists is relatively rare in the auction market.)

As the names on those new records indicate, it was a huge evening for Abstract-Expressionism, and one telephone bidder—paddle number 1748—snagged both the record-setting Pollock (a 1951 piece, for $23 million) and a late Willem de Kooning (a spare 1983 work with a few colorful shapes against a white background, for $8.5 million).

Also among the artists earning records was Romare Bearden, making a rare appearance in an evening sale. The work that set the mark, at $338,500, was Strange Morning, Interior, from 1968, which was previously owned by the novelist Ralph Ellison, and was being sold by his charitable trust.

Early in the night an Alexander Calder mobile from 1952 broke that artist’s record when it sold for $10.4 million, beating a previous record of $6.3 million with premium, but then that record was broken by another Calder later in the evening, that one from 1945. The lot, an intricate standing mobile titled Lily of Force, made $18.6 million with premium and was guaranteed by a third party. Calders have reportedly sold for even more in private deals, but it’s clear that the auction market is heating up for the late artist.

An epically sized photographic transparency on a lightbox by Jeff Wall saw a determined bidder in the room but ultimately sold for a record $3.7 million to a phone bidder represented by specialist Loic Gouzer, who has not been having a bad week at all, having been spotted by Gatecrasher a few days ago flirting with the actress January Jones at a party. That sum puts Mr. Wall in a rarefied field of living photographers, including Richard Prince, Andreas Gursky and Cindy Sherman, whose work can earn million-dollar marks at auction.

At the press conference Mr. Gorvy said a good amount of the bidding tonight came from American collectors. (While the house used to release a geographic breakdown of where collectors live, it has decided to stop the practice. “A lot of our buyers live in airplanes,” he said.)

“It’s not only that they paid whatever it was they paid, it was that you had two or three serious underbidders on most lots,” said dealer Emmanuel Di Donna after the auction. It represented a market ticking upward. “And it’s not over,” he added, “I’m just seeing bigger and bigger demand for good objects.”

The spring sales continue tomorrow with the contemporary sale at Sotheby’s.