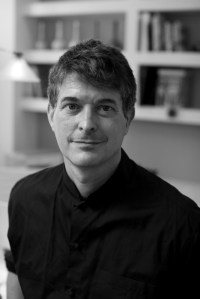 Former New Museum curator Dan Cameron, who founded the Prospect biennial in New Orleans following Hurricane Katrina, was hired as chief curator at the Orange County Museum of Art, in Newport Beach, Calif., last year. The Daily Pilot, which is published in Costa Mesa, Calif., reports that he has been busy re-imagining the museum’s signature exhibition, the California Biennial, which it has run since 1984.

To wit, there will be no more Biennial. Mr. Cameron has instead changed it to a triennial called the California-Pacific Triennial. About one third of the artists will now hail from the Golden State, instead of the whole bunch. Switching the show to every three years, the Daily Pilot says, “would give the museum enough time to organize and raise money [for] such a large-scale event.”

Here’s the curator speaking to paper about his thinking:

“One of the things I mentioned at the time of my interview for this job was that it would be much more interesting to show California art in a broader geographical context,” he said. “To me, the state’s boundaries seem a little bit arbitrary in the midst of globalized cultural exchanges.”