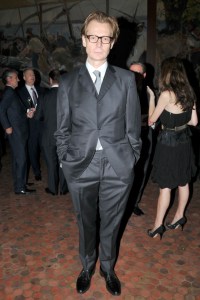 After years of speculations about its plans to establish a new museum space in Chelsea, the Dia Art Foundation revealed some of what it has in the works to Carol Vogel at The New York Times.

According to Ms. Vogel, the nonprofit institution, which focuses on Minimal, Post-Minimal and Conceptual artists, and their artistic progeny, plans to build a 22,000-square-foot building on West 22nd Street between 10th and 11th Avenues.  (Until 2004, Dia ran galleries in Chelsea. Its location at 548th West 22nd Street, which it later sold, has become a popular space for art fairs like the Independent and the inaugural NADA New York.)

Here’s the paper’s description of the proposed project, which is being designed by Roger Duffy, who is a partner at Skidmore, Owings & Merrill, and will include about 15,000 square feet of gallery space and about 3,600 square feet of rooftop space for showing art:

Plans call for creating a single building with a masonry-and-glass facade along the north side of West 22nd Street. It will consist of the one-story structure at what is now No. 545; a three-story building that will be erected on the site of the marble works at No. 541 [which Dia recently acquired], and the ground floor of No. 535. (The other five floors of that building will be used for administrative offices or leased to commercial galleries.)

Dia Foundation Director Philippe Vergne declined to tell the paper the budget for the building, or the amount of money that has been raised toward its construction. What’s the timetable? Here’s Ms. Vogel: “Construction is expected to start in the spring of 2014, and if all goes as planned, the building will open in late 2016 or early 2017.”

By 2017, 13 years will have elapsed since Dia closed its original Chelsea spaces.