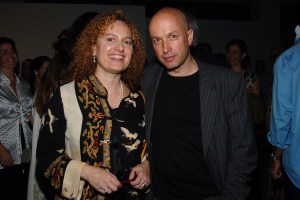 Blake Gopnik of Newsweek/The Daily Beast snagged an interview with Carolyn Christov-Bakargiev, the artistic director of Documenta 13, and she reveals some of what will be on offer at the exhibition in Kassel, Germany. In keeping with tradition, Ms. Christov-Bakargiev has been pretty much silent on what visitors will see in the show. Though a list of artists leaked earlier this month, the exhibition’s press agent declared it to be “outdated, incomplete, and false.”

Here’s what Mr. Gopnik got out of her:

[She] has found strange urban venues to show some of them in, like the staircase in an old bank and other vintage Kassel buildings not normally noticed by visitors. “It’s like an exploded museum,” she says. One of the festival’s more traditional exhibition spaces will be filled with artworks that somehow talk about painting, while a downtown park will be home to about 30 new sculptures and structures. There will also be unorthodox “creative activity” on display, with the Viennese physicist Anton Zeilinger conducting experiments in public.

Ms. Christov-Bakargiev also promises that there will be “nothing cynical” in the show. We’ll see! The show runs June 9 to Sept. 6.