The New York Post attributed the very photogenic Memorial Day car crash on its cover—a red Mercedes crashed into a Long island home and clear out the back without hurting anyone—to “drunk” “Brooklyn hipster Sophia Anderson.” While the Observer generally agrees that hipsters are the most perfect scapegoat to emerge in the course of human history, we’re not sure Ms. Anderson qualifies simply because she’s 21 years old, white, and lives in Bushwick.

1. Ms. Anderson moved to Bushwick from Queens and Harlem, not Oberlin, Wesleyan or Bennington

2. According to the Daily News, Ms. Anderson was said to be going to the Hamptons that weekend, and not Atlantic City or Rockaway Beach.

5. In her mug shot, its collar is popped.

New York Times software architect Jacob Harris made a version of cult Twitter @Horse_ebooks that tweets Times links with Horse_ebooks style quotes from the stories. Imagine trying to explain this bit of non-news to, like, your mom. [Nieman Lab] 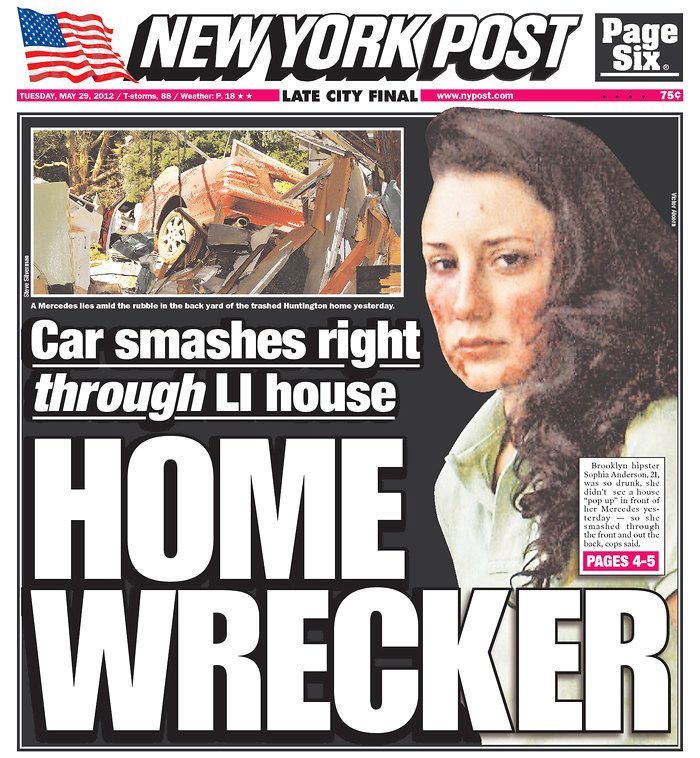