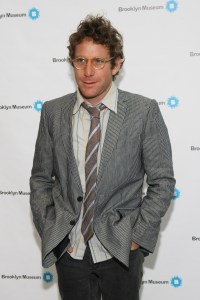 Dustin Yellin recently sat down for an interview with Interview in which he discusses his new studio and gallery space in Red Hook, sometimes called Pioneer & King, for the intersection where you’ll find it, and sometimes called the Fitz, for Fitzcarraldo.

If anything, that second moniker seems like an understatement. From Interview:

WALLACE: How do you know when something is done—be it the triptych or this venture. How will you know when it is in perfect harmony?

YELLIN: I don’t think it ever is. I mean, even with the triptych, it’s finished, and it feels like sort of the most challenging work yet, but I’m already off to the next 10 works in my head that I haven’t even started. This place is similar in that I don’t know if I’ll ever feel like it’s finished. You feel that maybe in a moment in nature, in meditation, or in a certain moment during sex—where the objective, if you will, is clear. But I think part of the process of making things is that you are always just making things.

WALLACE: And dreaming bigger and bigger?

YELLIN: Yeah. Sometimes I have to be pulled down to reality. I want everything to happen all at once. We moved in here in the middle of fucking January. There were no windows on that top floor yet! The idea has been just to get it populated and have different people making art in here. I was ready to live in an Airstream down there. You know, Fitzcarraldo has been the overriding metaphor. I’ve felt just shameless with people, just like Klaus Kinski trying to get that boat up the river.