A source close to the investigation said the mayor’s arrest is related to allegations of computer hacking.

This morning, the FBI apprehended Roque at his West New York residence.

A source close to what was an ongoing investigation for the past two months said the feds became interested in Roque after political enemies of the mayor’s complained about someone hacking their computers.

Set up anonymously by the mayor’s political enemies, the disabled website, recallroque.com. caught the attention of Roque and or his surrogates sometime in the February time frame.

A source close to the investigation said federal investigators confiscated the computer of Roque’s son.

The mayor publicly maintained his innocence and said the investigation constituted political payback for his defiance of U.S. Sen. Bob Menendez (D-NJ) and the Hudson County Democratic Organization (HCDO).

After beating the Menendez-backed incumbent in last year’s mayoral election, Roque fired Menendez’s longtime friend and political confidant, Donald Scarinci, from the Board of Education. He also fired North Bergen/Sen. Sacco fixture Herb Klitzner as the attorney at the library.

Subsequently, and after the start of a federal probe, the mayor publicly withdrew his support for Kyrillos and declared his backing of Menendez.

“I will never bow my head,” he told PolitickerNJ.com on March 28th. “I would rather die. I’m cutting all the fat out of government, all the waste and abuse. I don’t want to be part of their system. They can’t bait me. I don’t bite on the hook of corruption.”

A colonel in the U.S. Army and medical doctor who runs a pain clinic on the same street where he grew up after coming to this country from his native Cuba, Roque said he lives by the code of duty, honor, country.

He admitted his estrangement from the organization power players at times hurts people in his town, a terrible Catch 22 in his view. When he refused to go to a meeting at the request of state Sen. Nick Sacco (D-32) to shake hands with Menendez, for example, Roque claims Sacco denied Roque’s school-age candidates for a training program at the Hi Tech High School for gifted and talented. 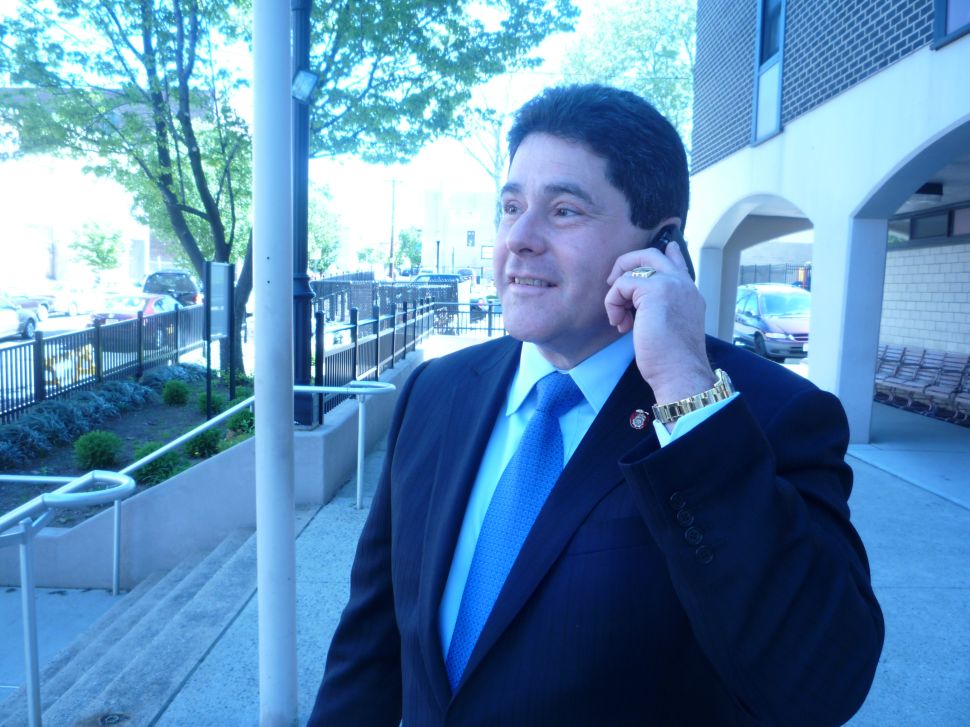