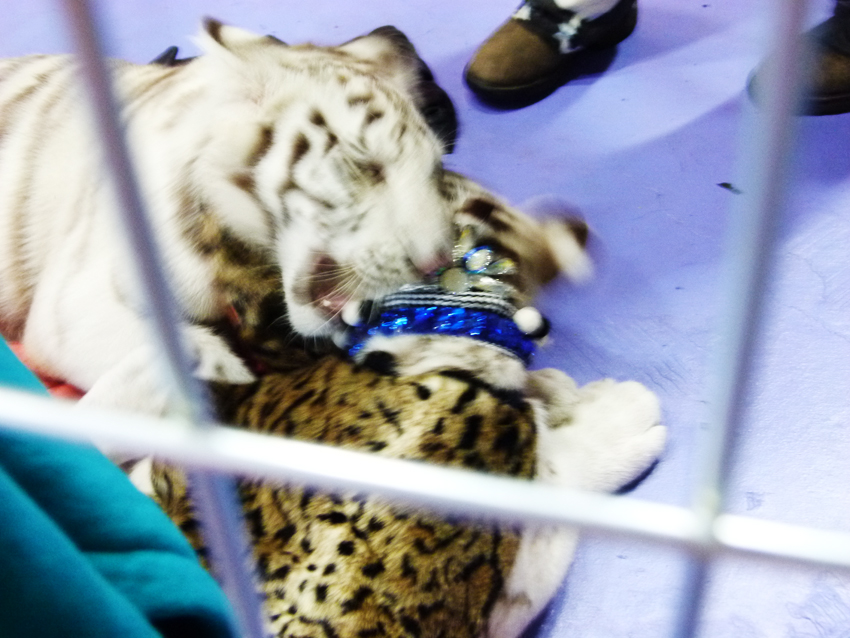 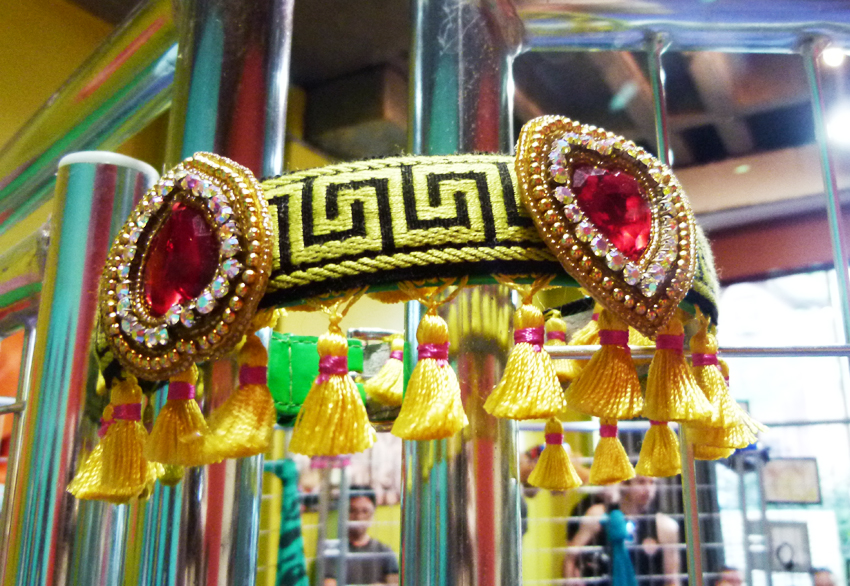 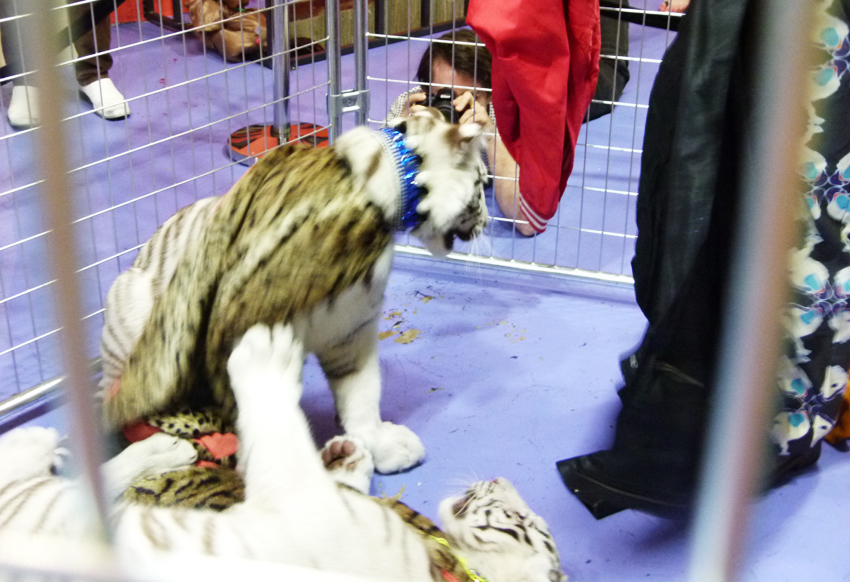 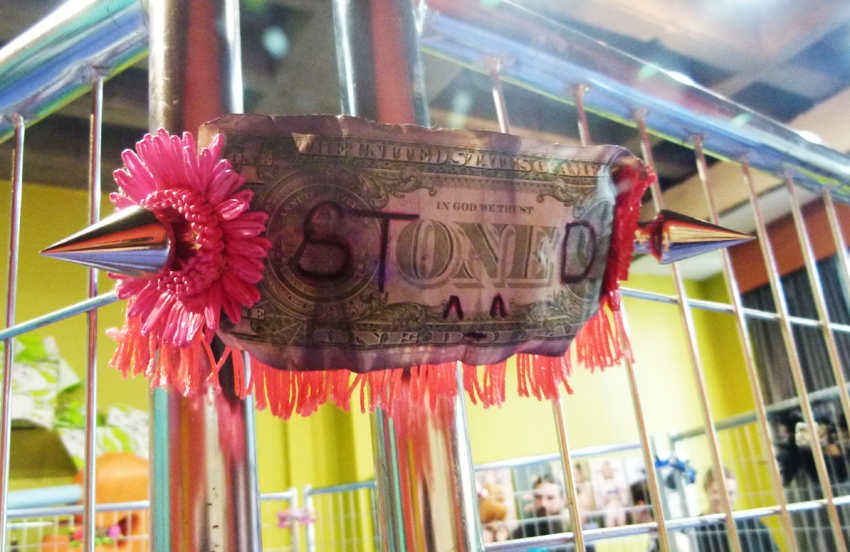 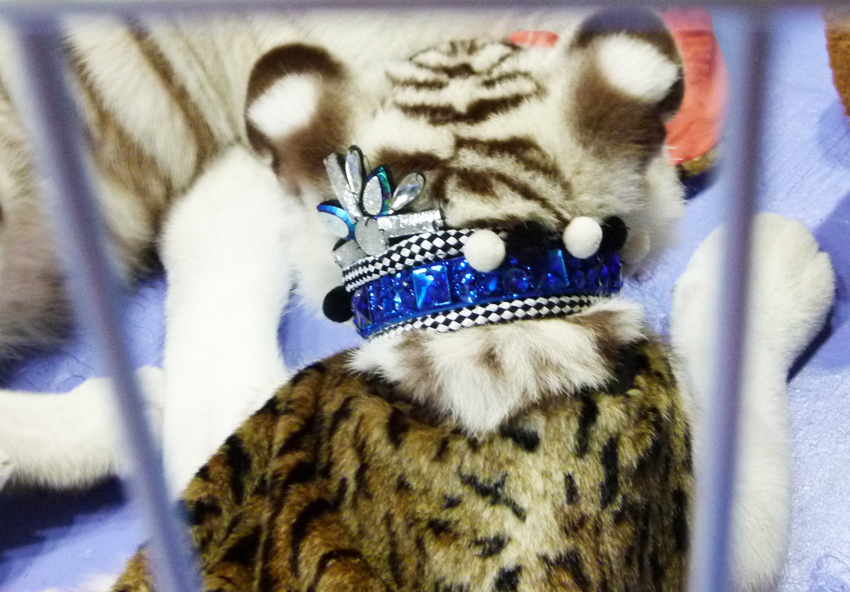 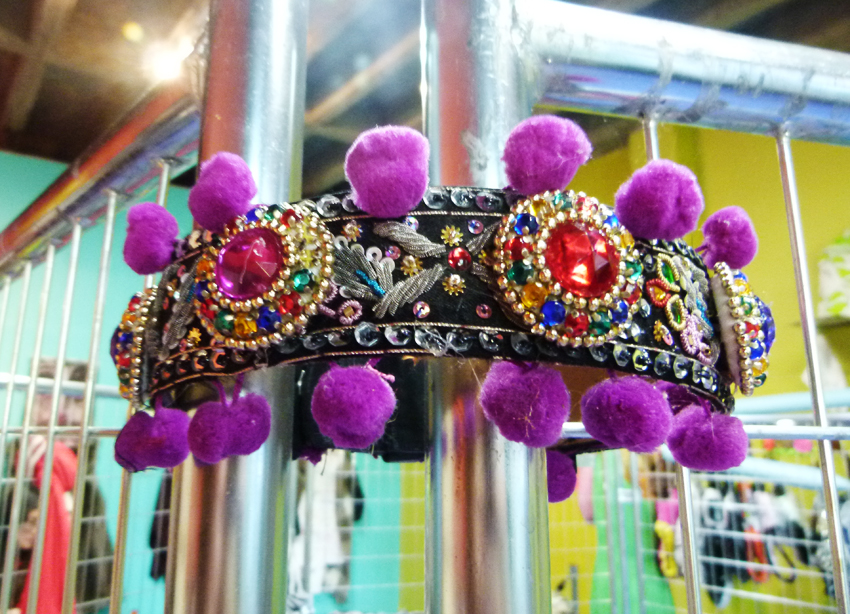 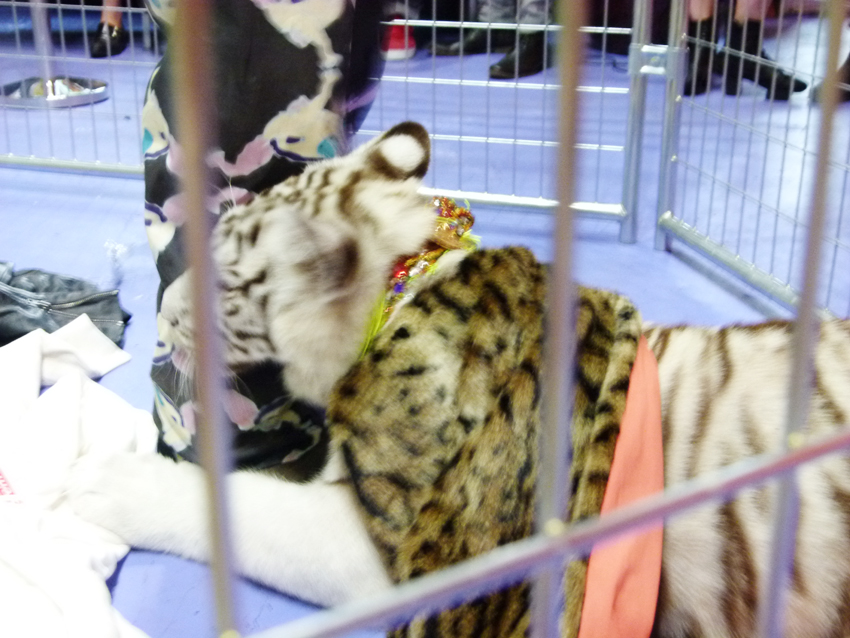 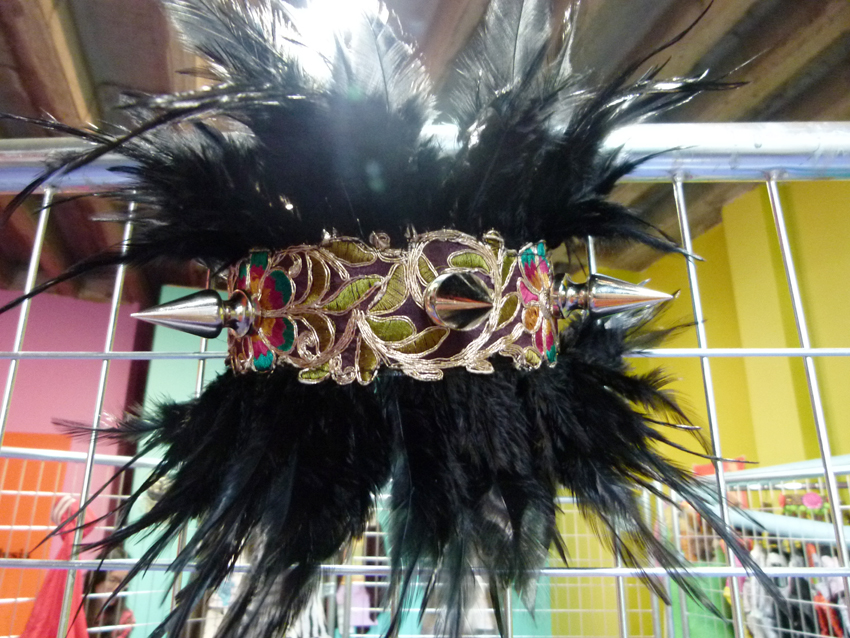 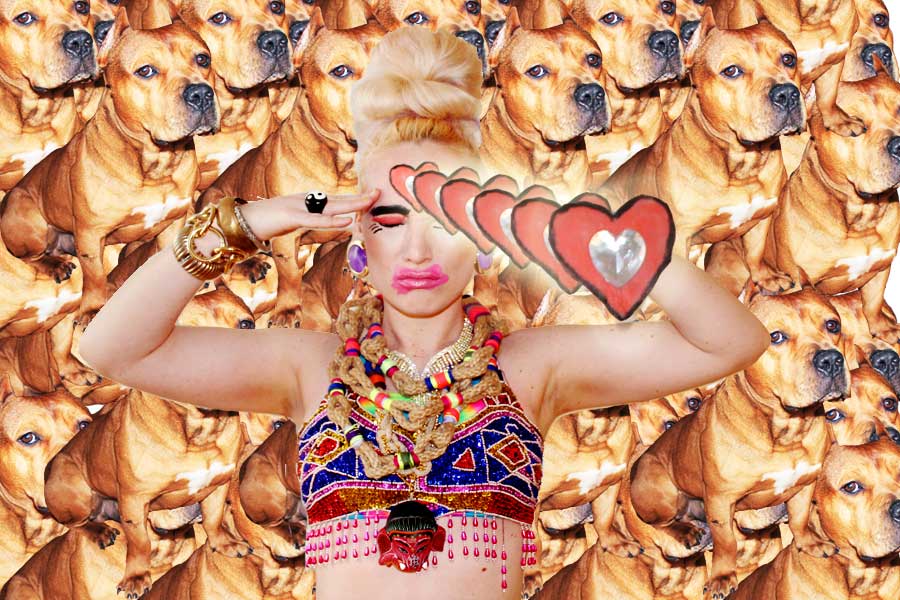 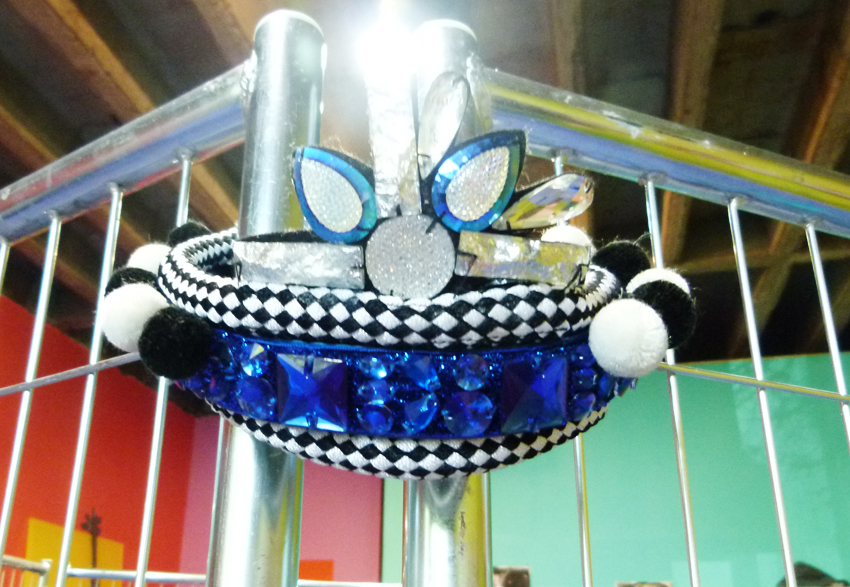 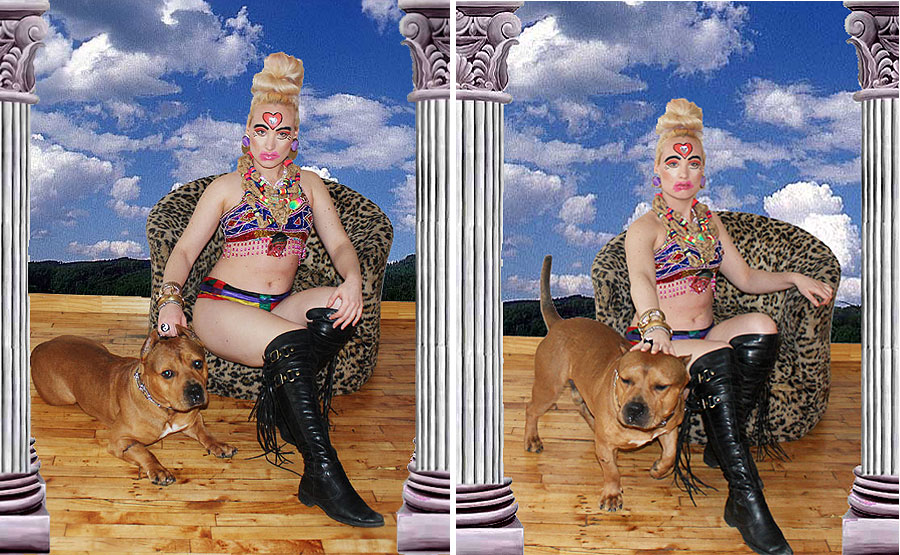 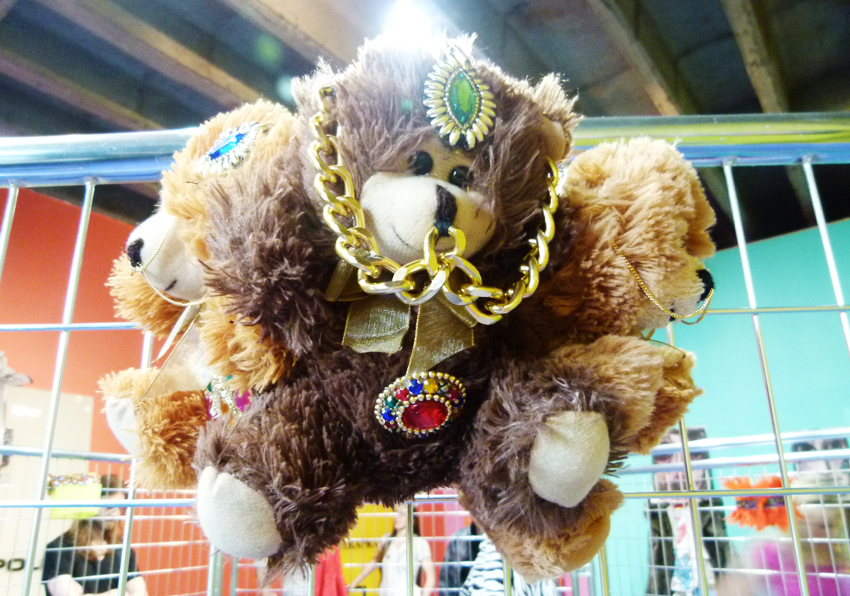 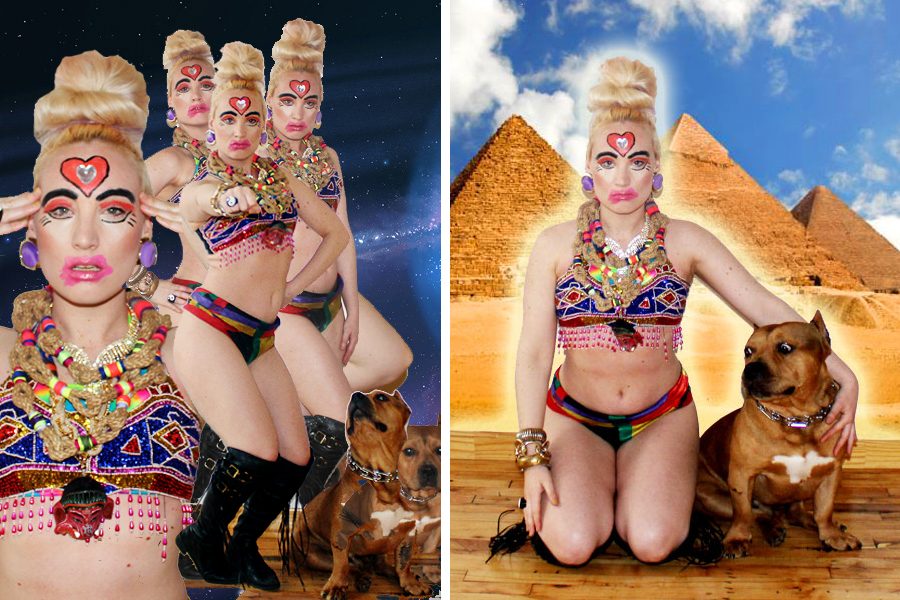 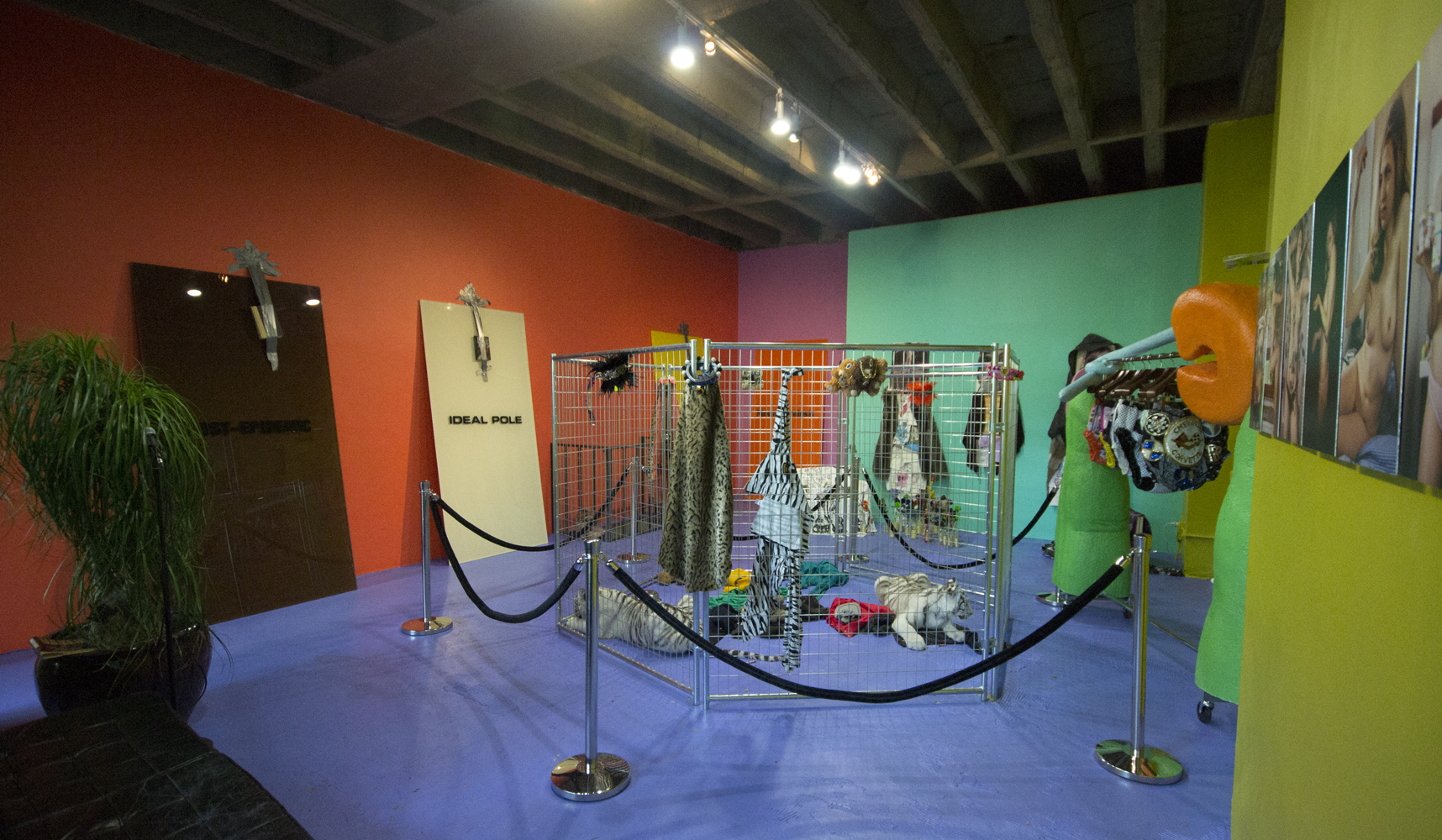 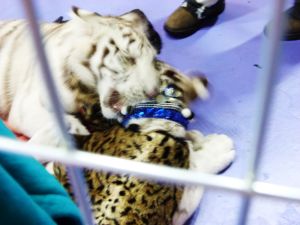 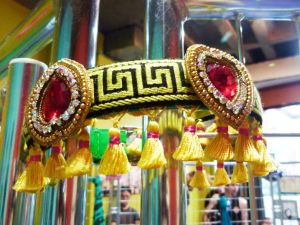 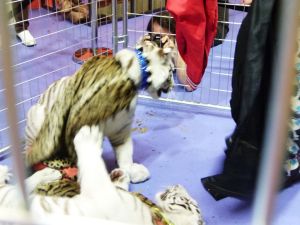 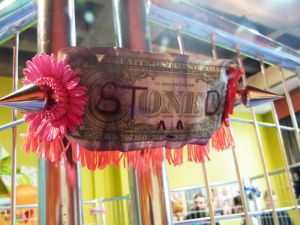 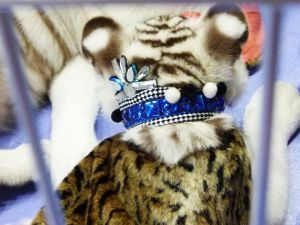 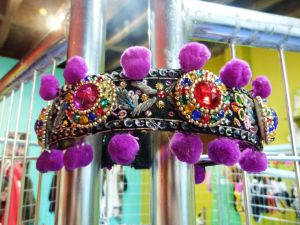 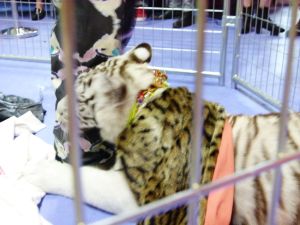 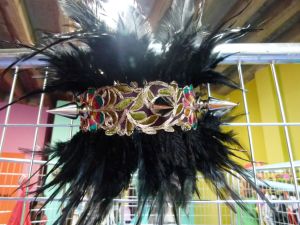 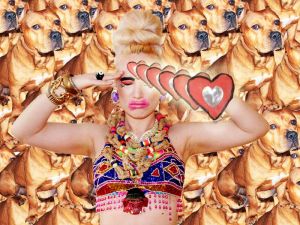 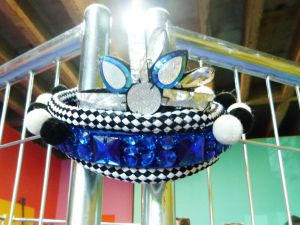 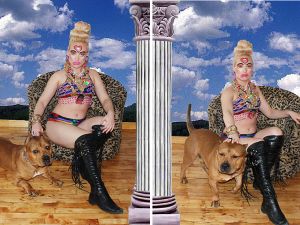 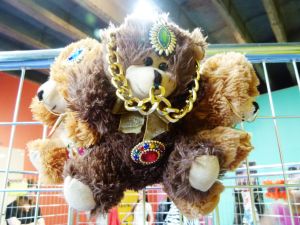 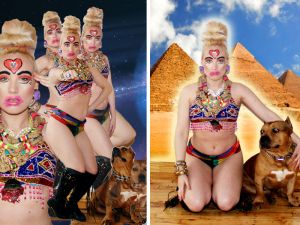 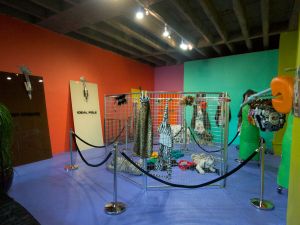 The whole town is abuzz right now with talk of “Ideal Pole,” the show that Norwegian strongman Bjarne Melgaard curated at the Lower East Side gallery Ramiken Crucible. Why? Because there are two young white tigers, Sonia and Tanya, there for the next few days. They’re very cute—and a little bit scary. The pair are supposed to be modeling a number of tiger collars made by the Bushwick designer Ms. Fitz, but as she explained in a brief e-mail interview, that didn’t work quite work out as planned.

Gallerist: The project is just wild. How did you come to work with Mr. Melgaard?

Ms. Fitz: I had been intrigued by Bjarne’s work since I heard about his Aids Roulette performance, and I worked with his boyfriend Rich on a Hercules and Love Affair video, so he introduced us.

I haven’t heard about Aids Roulette. What was that?

Aids Roulette was a performance I heard that Bjarne did, through the grapevine. Apparently he got six guys, one of which had HIV, and then picked a number at random and had unprotected sex with him. This is all heresay, though, I don’t know if it’s real or not! That’s the wonder of his art, isn’t it? It’s very intriguing. But I have to say, he’s an incredibly friendly guy and has been a pleasure to work with.

How do you go about designing for a tiger? Had you done that before?

Well, I’ve had some fierce clients before, but these girls take the cake! Ha! I’ve always made custom collars for my pitbull rescue Gulliver so this was actually not a big stretch. I created pieces that reflected the beauty and regality of the animal, and also I wanted them to be a bit weird, so they’re a nice mix of beauty and absurdity. There’s something kind of fabulous and unsettling about dressing a tiger in a faux leopard fur cape and a rhinestone collar.

When I visited, they weren’t wearing any collars. Did they take them off?

We had a performance piece where I styled the tigers in their capes and collars. They tried to eat them, but that’s OK! They’re tigers! We’ll be doing it again at 6 p.m. this Saturday. They looked beautiful! But it was also a bit of a statement about how style can be liberating as well as restrictive.

And then, any other fun anecdotes about the project, getting the collars on and putting the whole thing together?

The tiger handlers are wearing custom suits by Kansas artist Peggy Noland. She’s amazing! And the collars will be available to order online soon, and will be custom made for your pooch.