“I’m grateful to have the support of these local heroes who put their lives on the line for all of us, every day,” said Payne. “I have always put safety and security at the top of my priorities. I intend to make Homeland Security one of my top issues in Congress.  With our port, our airport, and our transportation hubs, a congressman from this district has to focus on security and safety. Security and safety starts with our uniformed workers, and I will always work with them and look out for their interests. They do so much for us.”

The Firefighters endorsement of Payne comes on the heels of three other local endorsements, the Teamsters, Retail Workers and the Boilermakers, as well as two national unions, the Seafarers and the United Transportation Union.

Payne is the son of the late Donald Payne Sr., who served as 10th district congressman from 1989 until his death in March. 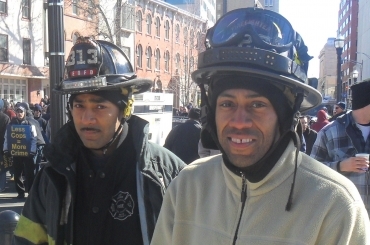