The tempestuous relationship between Frances Bean Cobain and her mother Courtney Love have been making headlines for as long as the now-19-year-old has been able to talk. (Her first word? ‘Adoption.’) Though the two have been able to occasionally set aside their differences and smile for the press, much more often we hear about the skirmishes: the hotel fights, the custody battles, and most recently, a Twitter skirmish in which Ms. Cobain asked the creators of micro-blogging platform to ban her mother once and for all.

But now the only daughter of Kurt Cobain finally has gained what might be the ultimate leverage on mommy dearest: the rights to her father’s likeness.

This comes from an exclusive from TheFix.com, who obtained sealed documents that allegedly show that after losing custody of Frances Bean Cobain in 2010, Ms. Love sold away the rights to Kurt Cobain’s likeness for a quick loan…to her estranged daughter:

The documents show that Love agreed to step down as Acting Manager of End of Music LLC—the business entity responsible for generating cash from Cobain’s publicity rights—once she’d received a $2.75 million loan from Frances’ trust fund in 2010. The massive loan was transferred from Frances’ fund to EOM in Los Angeles, and then into an account held by Courtney’s then-lawyers, Pryor Cashman, in New York. Until Courtney pays it back, she won’t receive a dime from Kurt’s name, likeness or appearance from the deals formed by Frances and her advisers since December 2010.

The interesting part of this whole (or Hole?) saga is as usual, how Courtney Love has worked against her own best interest. Didn’t she learn how much Kurt Cobain’s public image was worth after she sold it on the sly to Activision for a Rock Band avatar just a year before taking the loan from Frances Bean? And more importantly….how is she going to sustain her Adderall and Klonopin diet without those residuals? 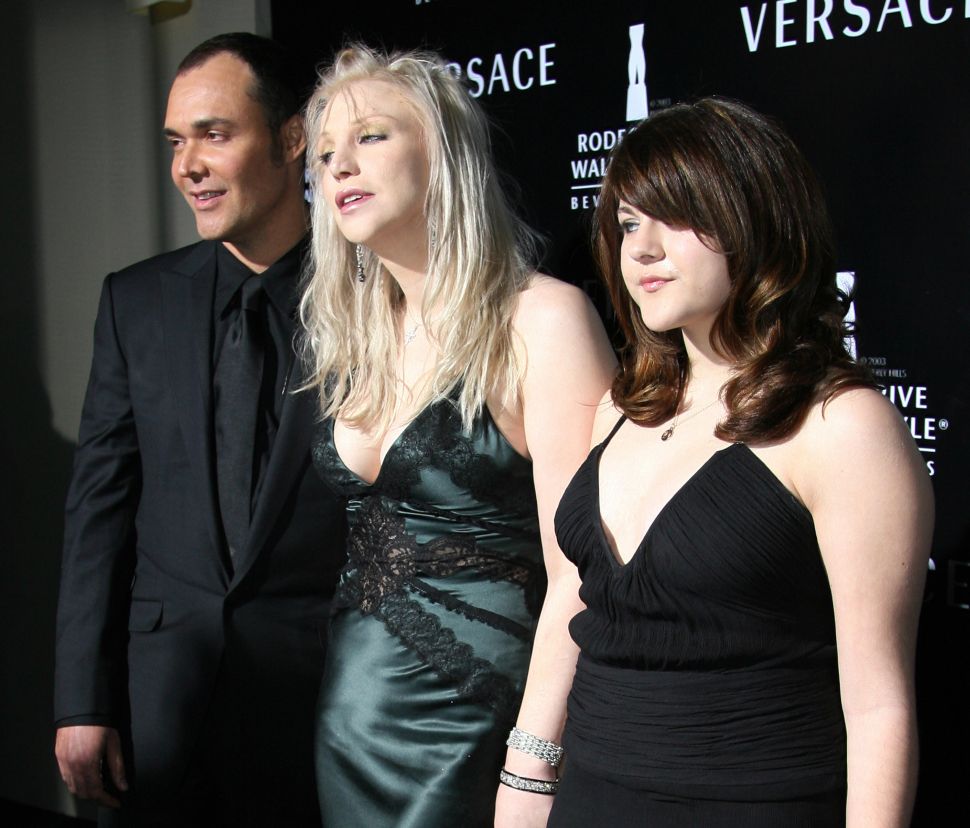