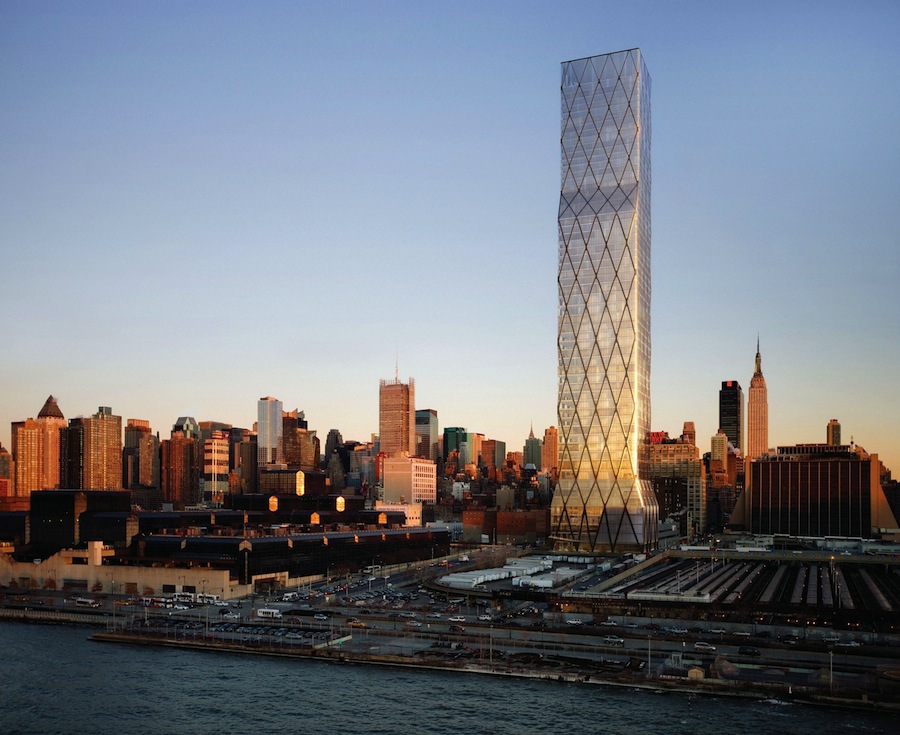 Gary Barnett says his 56-story, 1.7 million-square-foot office is back on track right across the street from Steve Ross' Hudson Yards development. 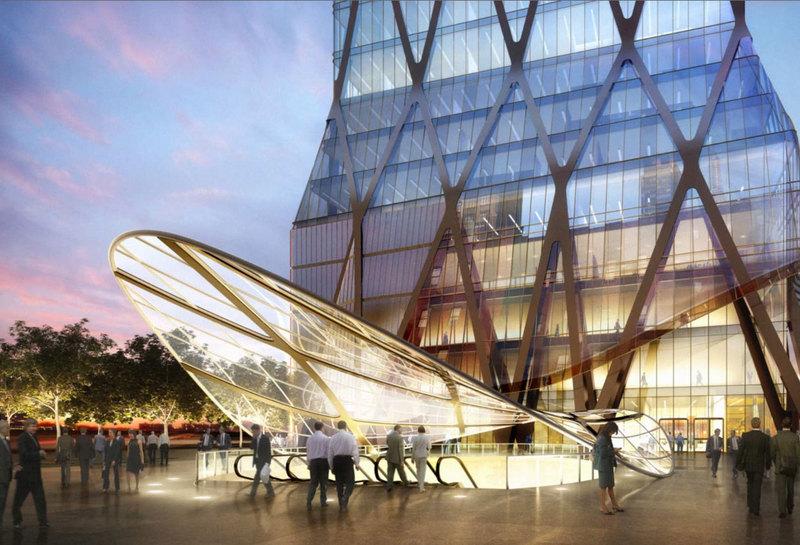 The location is prime, built atop the new 7-Train stop.
(Andrew Burton/Getty Images) 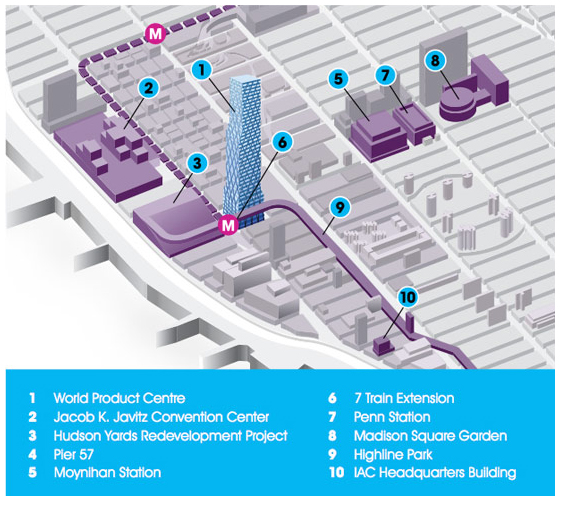 It is also at the nexus of the High Line, Javits Center and other Far West Side developments. 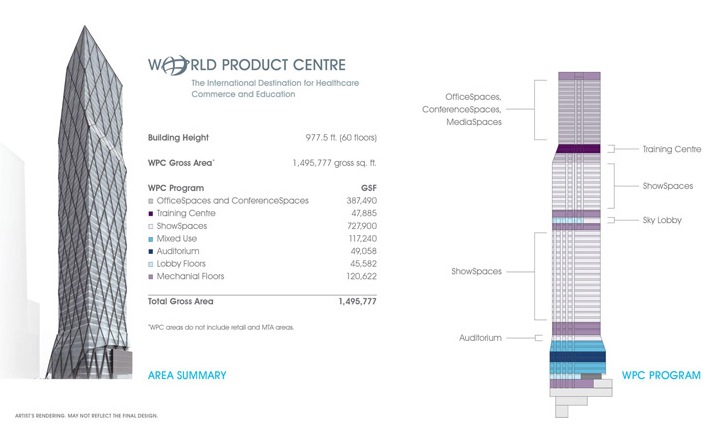 Previously, the building was to have been full of medical products showrooms. Now, probably just regular office tenants.
Advertisement 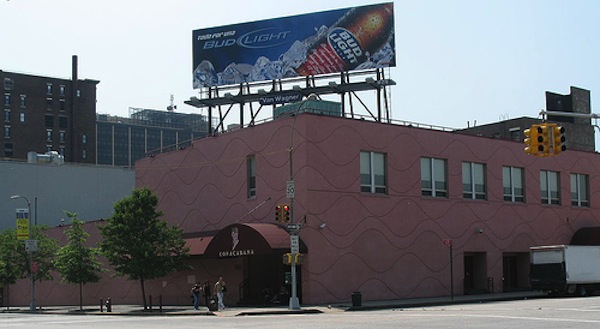 The project is being built on the old site of the famed Copacobana. 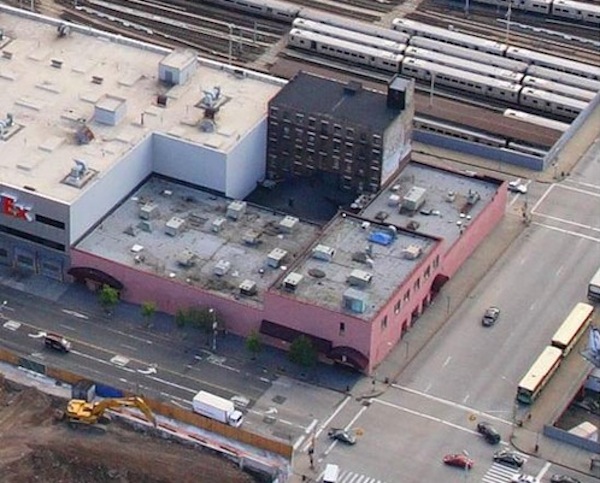 The Penn Station rail yards are on one side, the dig for the new subway station is on the other. 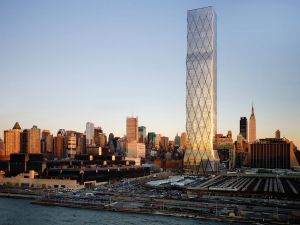 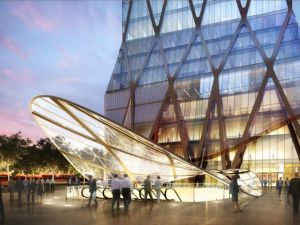 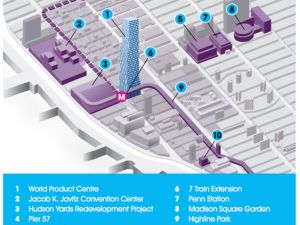 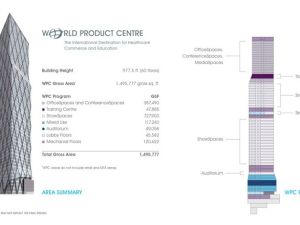 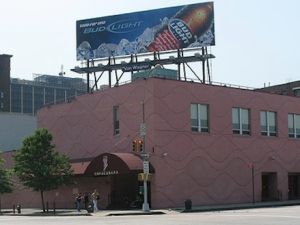 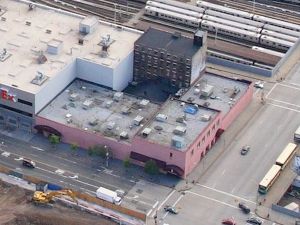 In our recent profile of Gary Barnett, The Observer included a litany of things done by Extell that Mr. Barnett considers to be “the best.” It is easily his favorite phrase, so a number of these superlatives were left on the editing room floor—the piece would have been twice as long, otherwise.

One of those “bests” was 500 West 34th Street, previously known as the World Product Centre. “It’s the best site in all of Hudson Yards,” Mr. Barnett told us at the time. “It’s overlooking everything, and it’s right on top of the new subway.”

That is almost exactly what he told the Post‘s Steve Cuozzo in revealing that the project is back on. So singular is the project Extell is now calling it One Hudson Yards. As you can imagine, the developer across the street actually developing the 26-acre megadevelopment of the same name was none too pleased with the announcement.

Was Barnett worried the name might steam up Related chief Stephen M. Ross?

“I’m not interested in steaming up anybody, much less Steve Ross,” Barnett told us.

But Ross fumed, “I don’t know why he is trying to deceive tenants and the public.”

But the name is not the only thing underscoring his savvy on this project. Consider how he managed to get the MTA to help prep the site for his tower to rise.

Barnett said he’s cooperated closely with the MTA on the new subway station and helped the agency assemble the site. He said station construction also put in place some of the foundation for his tower, which will reduce Extell’s cost and allow it to build swiftly.

“We have the ability to begin vertical construction by the end of the year,” he said, “and the ability for our tenants to do their buildouts in 2015.”

As the battle for tenants heats up—not only at Hudson Yards but the World Trade Center, too, and possibly even Midtown East as a rezoning of the area is underway—it will be interesting to see how these towers take shape and who of the development titans can claim victory.