Brian Brown, president of the National Organization for Marriage, is not pleased about President Barack Obama’s support for the legalization of same sex marriage. Soon after the president made his announcement this afternoon, Mr. Brown issued a statement vowing that “pro-marriage Americans will defeat Obama this November for abandoning marriage.”

“President Obama has now made the definition of marriage a defining issue in the presidential contest, especially in swing states like Ohio, North Carolina, Virginia, Florida and Nevada,” Mr. Brown said. “God is the author of marriage, and we will not let an activist politician like Barack Obama who is beholden to gay marriage activists for campaign financing to turn marriage into something political that can be redefined according to presidential whim.”

Mr. Brown’s statement cited the many states that have adopted constitutional amendments banning same sex marriage and said the Obama administration is threatening the ability of individual states to make their own decisions on the issue.

“President Obama says that although he personally supports gay marriage, he still supports the concept of states deciding the issue on their own. However, that is completely disingenuous,” Mr. Brown said. “His administration is already trying to dismantle the nation’s marriage laws by refusing to defend the Defense of Marriage Act in court. All the state marriage amendments and laws are at risk under a president who actively wants to change the definition of marriage.”

Mr. Brown also predicted the gay marriage issue will be a crucial component of this year’s election and that President Obama’s support for same sex marriage will be his undoing.

“The definition of marriage was already headed for the ballot in four states this fall; now it will be one of the defining issues of the presidential election,” Mr. Brown said. “No state in this country has ever voted for gay marriage. Just yesterday North Carolina voters sent a clear message that America wants to preserve marriage. We intend to win the marriage debate this November.” 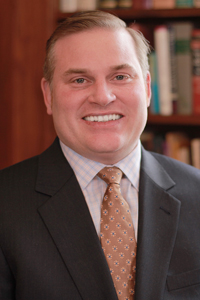