After President Barack Obama announced his support for gay marriage prominent gay Republicans responded with a mixture of praise and derision.

“It is good to see that after intense political pressure that President Obama has finally come around to the Dick Cheney position on marriage equality,” said Christopher R. Barron, co-founder of GOProud. “I am sure, however, the President’s newly discovered support for marriage is cold comfort to the gay couples in North Carolina. The President waited until after North Carolina passed a constitutional amendment banning same-sex marriage.”

“I applaud President Obama for his strong statement and support for gay marriage today. We welcome him to the fight. He will be a great advocate as we do battle in four states this November,” Mr. Karger said. “His timing is particularly helpful in light of the loss we suffered yesterday in North Carolina.”

R. Clarke Cooper, director of the Log Cabin Republicans, the grandaddy of all gay Republican groups, didn’t even pretend to compliment the president.

“That the president has chosen today, when LGBT Americans are mourning the passage of Amendment One, to finally speak up for marriage equality is offensive and callous,” he said.

He went on to blast the announcement as a calculated political maneuver.

“Log Cabin Republicans appreciate that President Obama has finally come in line with leaders like Vice President Dick Cheney on this issue, but LGBT Americans are right to be angry that this calculated announcement comes too late to be of any use to the people of North Carolina, or any of the other states that have addressed this issue on his watch,” Mr. Cooper said. “This administration has manipulated LGBT families for political gain as much as anybody, and after his campaign’s ridiculous contortions to deny support for marriage equality this week he does not deserve praise for an announcement that comes a day late and a dollar short.” 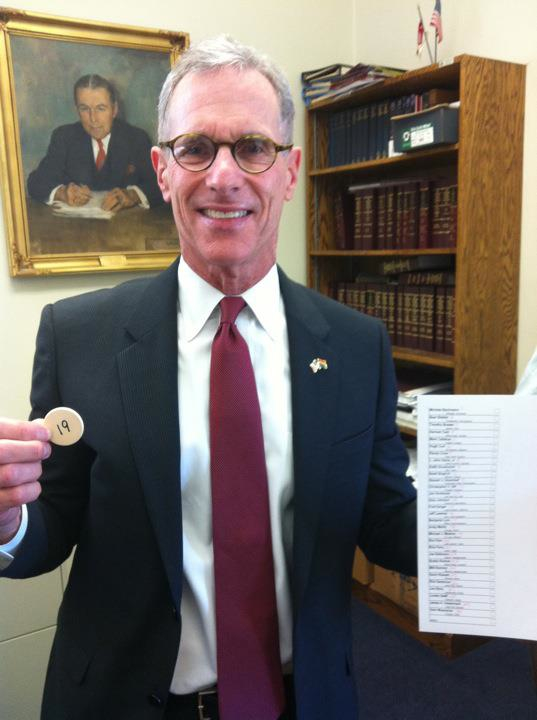