If this is true, Facebook’s advertising issues just got a little bit worse. The Wall Street Journal reports that, according to “people familiar with the matter,” GM is pulling paid ads from the social network, because their marketing execs have decided they’re just not effective enough.

And here everyone was worried about the company’s lack of a long-term mobile strategy.

Asked about the move, GM marketing chief Joel Ewanick said the auto maker, “is definitely reassessing our advertising on Facebook, although the content is effective and important.” Content refers to the unpaid Facebook pages many companies use to promote their products.

Now, it’s worth noting that’s not an outright confirmation. But it certainly isn’t a denial, either.

According to the Journal‘s sources, GM spends about $10 million on Facebook ads. (Another $30 million or so goes to content for those unpaid pages, but that money doesn’t go to Facebook.) That $10 mil is obviously just a drop in the bucket, revenue-wise, but the optics of losing the nation’s third largest advertiser just days before going public are, it’s fair to say, not great. 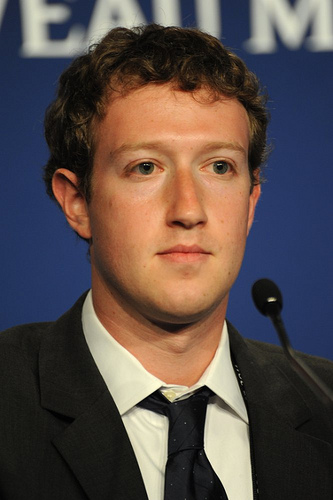