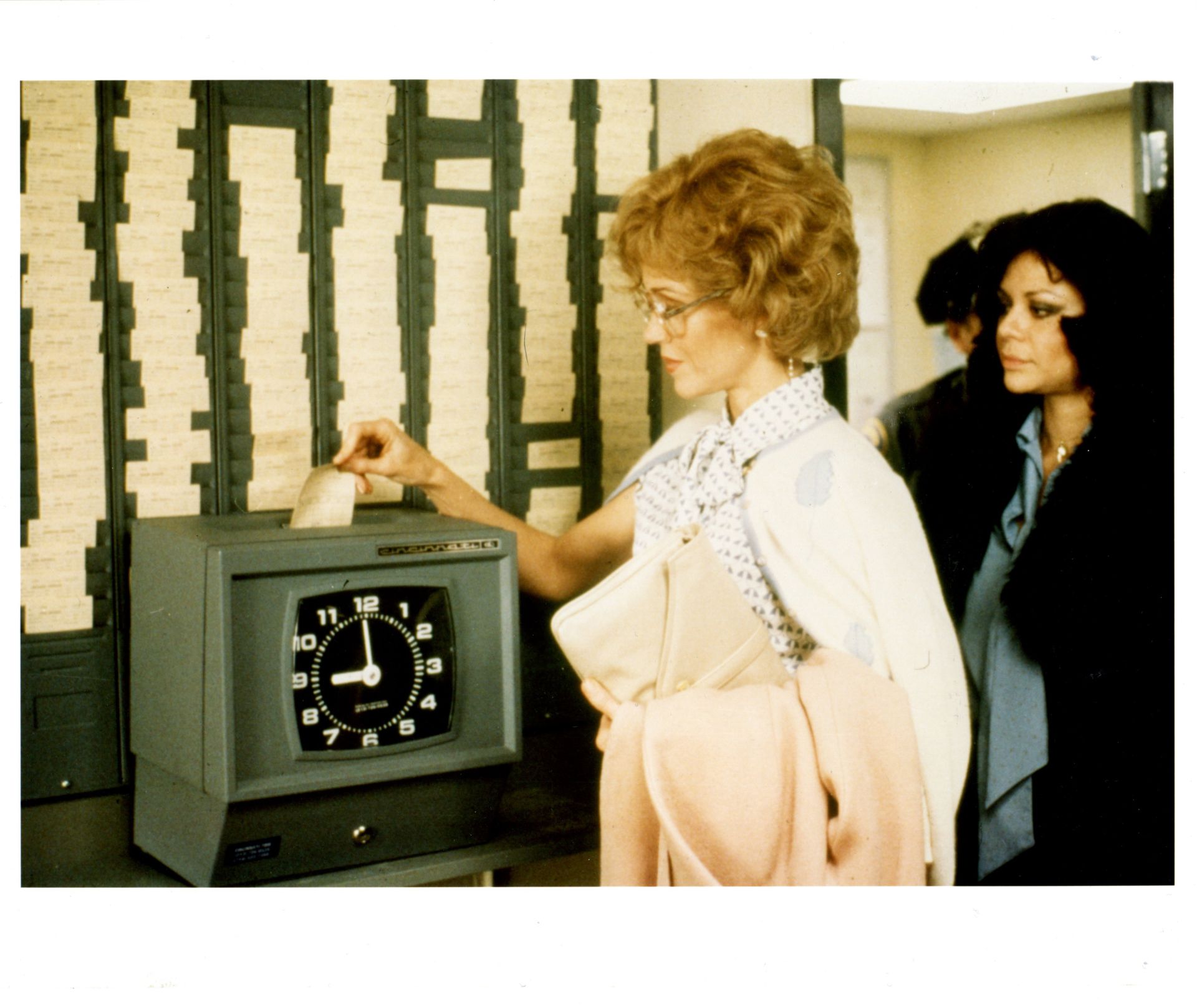 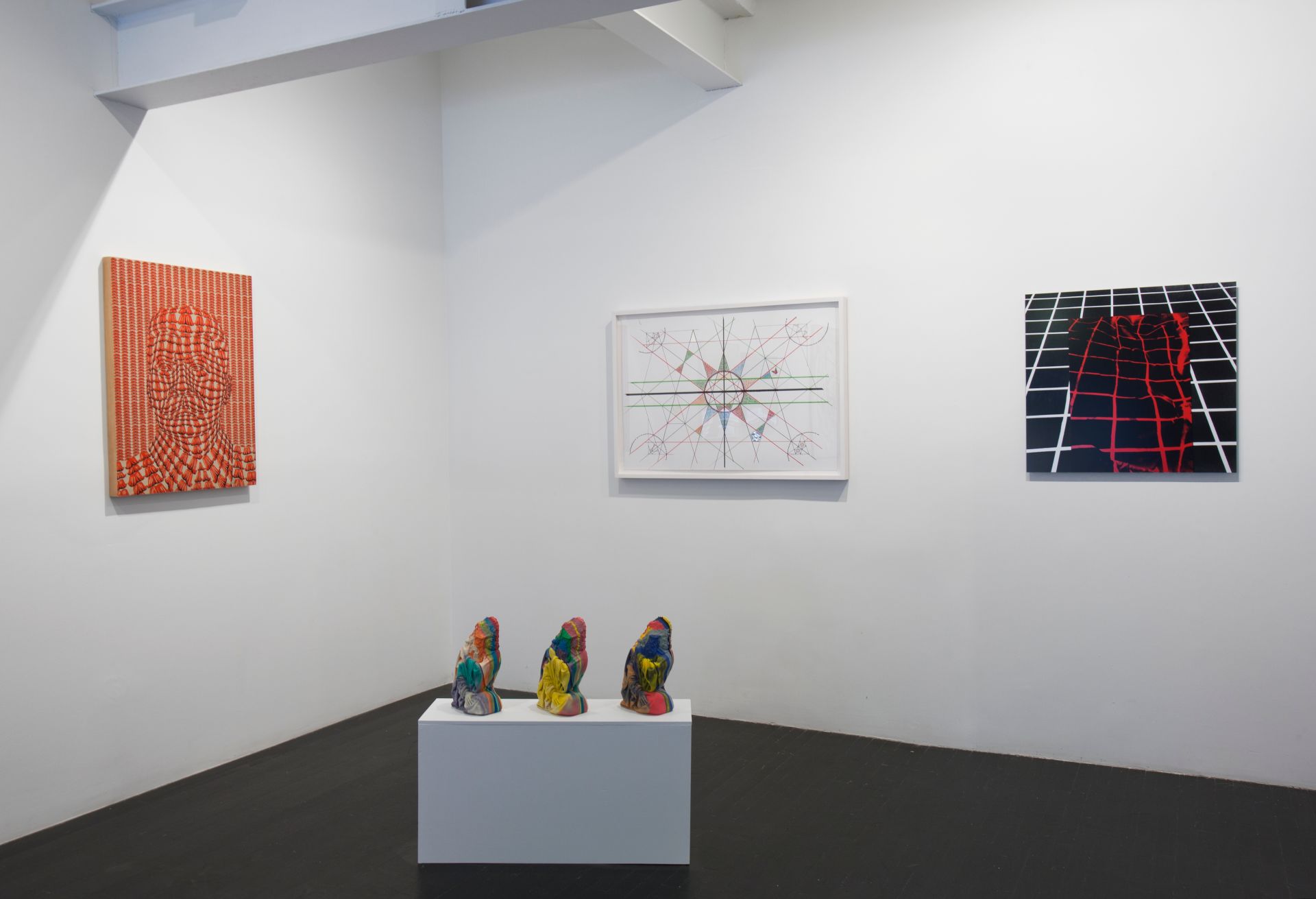 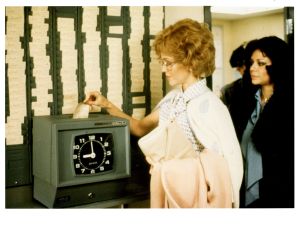 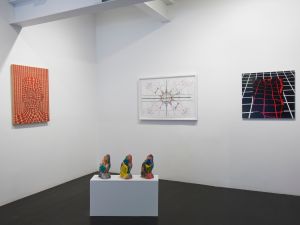 Chris Wiley is interested in meaning. Not meaning as a verb, requiring a particular, limited object to act upon, but meaning as a noun, a slippery, nebulous object to be acted upon in its own right. Though it exists only provisionally, it can still be diagnosed, highlighted, elicited, created, arranged, denied, misrepresented or implied—not to mention interpretively postulated by a viewer or reviewer. But if meaning is the medium, the product will have to be a practice.

Mr. Wiley’s Technical Compositions is a small show consisting of 13 numbered ink-jet prints (not counting a couple of extras in the gallery’s office) of digital color photos. 13 itself—that’s the same ostensibly irreducible prime that Judas Iscariot infused with such dynamic potential energy—shows a field of tile-like plastic panels divided by thin steel borders into a checkerboard pattern of alternating reddish oranges. The view is at an angle, so that the lines of the borders converge to the right. The fact that we can’t tell whether it’s a ceiling, a wall or a floor makes clear that it’s meant to be, simply, a grid.

In 3, there’s another grid, this one composed  of bricks, concrete and the squares of a sidewalk; 4 is a shimmering grid of watery shadows on the gray wall and street-level exhaust vents of a windowless corporate building; and 9 has a complex and musical grid made by the deft cropping of stairs and heavy, ornamental bank columns. In 5, a grid of blue tile is interrupted by a pile of sand; in 8, a grid of shelter is constructed haphazardly and impermanently from corrugated tin; in 6, a dark concrete wall of tiny squares half eaten away turns the destruction of information into the creation of new information; and in 7, which shows the colorful wall of some exotic temple or bathhouse, a grid metamorphoses into a multitude of rosettes.

But though the focus on corners and building materials and shadows and walls, the extravagant sense of flatness created by a tight depth of field and matte finish, would make any of these pictures look like a composition study even when considered alone, with the exception of 13, it’s only the context they all create together that guides our attention to the grid. And without that grid, they would be, as photographs, both heavier and less interesting. They’re like stones in an arch, whose function would be not merely diminished but actually evaporated by the removal of the other stones. In 1, hiding behind a column as a discreet nod to the agency that actually creates meaning, is an empty, discarded armchair.

Further north on Orchard Street, at the gallery On Stellar Rays, Mr. Wiley has curated the serendipitously concurrent group show ”Towards a Warm Math.” Mel Bochner’s Perspective Insert (Collapsed Center): Color, a 1967/2011 c-print mounted on aluminum that shows a crumpled reddish-orange grid set over a receding white one, establishes the grid’s photographic bonafides, but it’s Melvin Way’s two pocket-size drawings, the mostly red Kum (H20) and mostly black HOCH2, CH2, that really set the terms: the question here is how public systems of meaning—such as language, theological or political orthodoxy, or geometry—are adapted or subjected to personal intentions.

Mr. Way’s drawings, somewhat bent and smudged at the corners because he carried them in his pockets, show apparently meaningful chemical equations surrounded by blocks of color—but what the lambda surrounded by glowing lines would mean to a chemist is one question, and what it meant to Mr. Way is another.