PATERSON – The front screen door swung open on the squat brick Cape Cod in the 6th Ward and a woman appeared complaining about a call from the Mitt Romney campaign.

“What are they doing, calling me here?” she wondered, and 6th Ward Councilman Andre Sayegh, new shoes gleaming on her front porch after wearing out his last pair on his successful re-election campaign last month, told her they had to be kidding.

“But it gets worse,” said the woman, who went back into her house and returned with a glossy piece of literature from the Rothman Campaign savaging U.S. Rep. Bill Pascrell.

“What a ridiculous piece of mail,” said the woman. “It says Billy sided with polluters against the Passaic River. What? And it has him pitted against Obama. Billy’s friends with Obama.”

She’s Pascrell’s sister, Barbara, living in the house where the congressman grew up with a view of Garrett Mountain in the distance.

“He’s a proud son of the 6th Ward,” Sayegh said of Pascrell. “What better way for us to show our love and appreciation than to provide a surge of support for him here on Election Day?

“You’re coming to the Bill Clinton rally on Friday?” he asked Barbara Pascrell, his constituent.

They kissed, and Sayegh moved on, to the next front yard, darted up the next set of stairs and reminded another voter to get out to vote for Pascrell on Tuesday. “I cut my teeth in politics in Pascrell’s 1996 campaign,” said Sayegh. “I’m going to break my back for him in 2012.”

An overwhelming victor in his May ward race, Sayegh hopes to parlay his work on constituent service issues into support for Pascrell on Election Day. The day after his own contest ended, he helped supplant his lawn signs with Pascrell signs throughout South Paterson.

Building on Pascrell’s deep roots in this part of Paterson, he believes local issues will enhance voter turnout for the Patersonian congressman running against U.S. Rep. Steve Rothman (D-9) in the June 5th Primary.

In one neighborhood, a hookah lounge has residents on edge. Some of them gripe that the music plays too loud too late. Working with City Hall, Sayegh curtailed the lounge’s hours and now he’s telling voters to remember Pascrell on Election Day. He walked up the front lawn of another residence where he said he had DPW fill a pothole in the street. He rang the doorbell, and when the woman answered, he told her to remember to vote for Pascrell.

“Of course,” she told him, then told him he needs to put another street sign up to reinforce for drivers the fact that her street is one way only. The councilman told her he’d get right on it. Back in his car and pulling up to a stop sign in another part of town, he pointed to a man on the corner and said, “I know, we’re going to get another stop sign in here. And remember – vote for Pascrell.”

In a Palestinian eatery later, the owner grabbed a seat at a table with Sayegh and told him, “I want a giant Pascrell sign in front of the place,” and Sayegh was on the phone to someone from the campaign who would get one there.

“We’re going to win,” said the owner, who’s known Pascrell for 22 years, going back to when the congressman served as mayor.

“The guy was everywhere,” said the owner. “You never had to look for him. You always knew where to find him. You’d look, and he was there. And that’s the way it always was with him.”

Those close to the campaign wonder if others not in the employ of Pascrell are working as hard for the congressman as Sayegh, who ran for mayor in 2010 and may run again. But Pascrell’s backers have a rally with former President Bill Clinton on Friday and then a citywide caravan and Latino rally scheduled for Saturday; on Sunday, church, leading into Election Day.

“I think the city realizes if we lose Pascrell we could be without a congressman for the next 20 years,” said Ward 2 Councilman Aslon Goow, who lost his own re-election but is working for Pascrell now in the field, he said, confident of a big turnout on Tuesday. 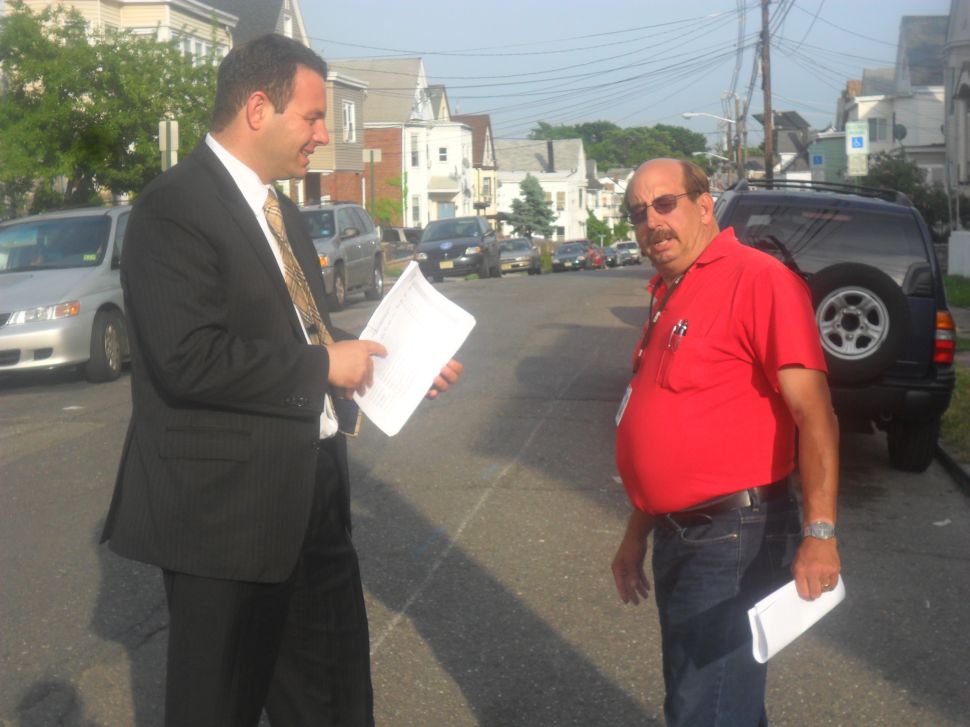