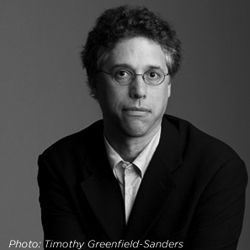 Scholar Jeffrey Weiss has been with the Guggenheim since 2010 as lead curator on that institution’s Panza Collection, the trove of Minimalist and Conceptual art donated to the institution by Italian Count Giuseppe Panza di Biumo. Now he has been promoted to the position of senior curator, the Guggenheim announced today. Mr. Panza will continue to lead research on the Panza works.

Before joining the Guggenheim, Mr. Weiss served briefly as director of the Dia Art Foundation before leaving to focus on writing and curating. He also served as curator and head of modern and contemporary art at the National Gallery of Art, in Washington, D.C.