“Ron is an exceptionally astute policy maker and dedicated legislator,” Holley said. “He is a smart, independent thinker who governs by the courage of his convictions. He has a proven track record of success, coupled with a solid, concrete plan to propel the 10th Congressional District forward.”

Of Holley’s and the Roselle Democrats’ endorsement, Rice said,  “It validates what we’re doing and how we’re running this campaign. This race is about fighting Republican extremism, as well as overcoming complacency from both parties in Washington and at home. We are truly progressive and local elected officials and grassroots operatives are supporting us. That is how and why we will win the Tenth.” 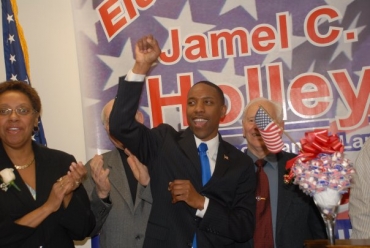