On Wednesday May 2, J.T. Ready ended a violent argument in his Arizona home with a rampage. Ready killed his girlfriend, three other adults and a toddler before committing suicide. His actions marked an explosive and tragic end to a colorful career as a cause-hopping rebel who bounced between various extreme social movements using xenophobic and racist rhetoric to grab the spotlight along the way. The Christian Science Monitor goes more in-depth:

“Ready was significant because he was at the nexus of [several] extremist movements, including the white supremacy movement and the extreme wing of the anti-immigration movement, and he operated equally well in both spheres,” says Mark Pitcavage, a researcher with the Anti-Defamation League, who has tracked Ready’s activities for a decade. “Toward the end of his life, he was even making connections with the militia movement.”

VICE interviewed Ready a while back for its video series, VICE Today. They posted their video with an introduction acknowledging Ready’s murder-suicide a couple of days ago, writing, “Not too long ago, we interviewed J.T. for our piece on border militias, and while we understood that J.T. had a lot of anger, we didn’t realize how deep his hatred ran.”

The 4:25 video is below. It reveals an oddly affable-seeming man attempting to put a friendly gloss on what he’s doing. 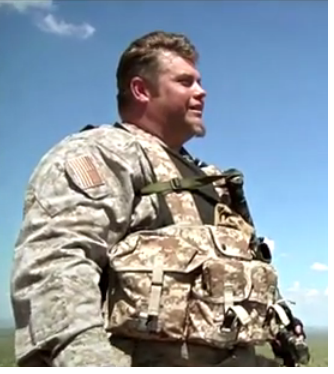