An outline of the poll, obtained by PolitickerNJ, gives U.S. Rep. Steve Rothman 43.8 percent of the vote to Pascrell’s 43.3 percent.  An additional 12.9 percent of those polled are undecided.

The survey conducted by Democratic pollster Garin-Hart-Yang Research Group polled 406 likely Democratic primary voters.  Of those polled, 56 percent were from Bergen County, 33 percent from Passaic County and 11 percent from Hudson County, which according to the memo, mirrors past primary turnouts.

The poll notes that skewing the sample size to 38 percent Passaic County while dropping the Bergen respondents to 51 percent gives Pascrell a decided advantage.

“For example, when we adjusted the primary electorate to account for the possibility of heavy turnout in Passaic County on June 5 (bumping up the Passaic share of the primary vote slightly to 38% and adjusting Bergen down slightly to 51%), the race shifts decisively: Bill Pascrell 46%, Steve Rothman 41%, 13% undecided.”

The poll was conducted May 8 and 9, less than a week after former President Bill Clinton endorsed Pascrell and nearly a week before a Star Ledger Politifact ruling took Rothman to task for a misleading campaign advertisement and a subsequent editorial slammed him for the attack ad.

“We do not discount the size of our opponent’s geographic base and his strong financial reserve, but 9th CD Democratic primary voters, regardless of location, are responding strongly to Bill Pascrell’s positive AND pugnacious image,” the poll memo gushes.

A spokesman for the Rothman campaign dismissed the poll numbers, saying winning campaigns do not leak polls.

“We’d like to thank Bill Pascrell’s campaign for sharing his numbers with us but we don’t believe they are true and our numbers are very, very different,” said spokesman Paul Swibinski.  “We are very confident in our own polling numbers and we are confident that Congressman Rothman will win the Democratic primary on June 5.”

But reached for comment on the poll, a spokesman for Pascrell would not comment on the numbers, saying only that momentum is on the side of the Congressman from Passaic County.

“We don’t comment on internal strategy,” said spokesman Sean Darcy.  “But with thousands of new registrations, more money raised last quarter that can actually be used in the primary and the recent endorsement from President Clinton, momentum is clearly on the side of Bill Pascrell.” 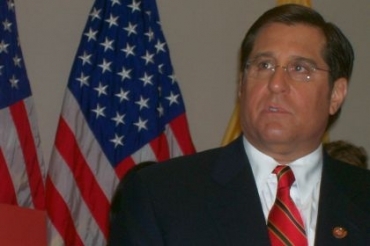