After the somewhat lackluster return of Will Ferrell on Saturday Night Live this weekend, we had to ask “What’s up with that?” Obviously, Will Ferrell is hilarious, but the sketches were hit and miss. It’s especially mind-boggling since Hulu has put up several of the un-aired segments from Mr. Ferrell’s episode that were ten times funnier than what we actually saw on television.

This is an inexplicable trend of the live comedy show in recent years: One of the funniest sketches this season was “The Californians,” a soap opera about navigating the drive up to Malibu. Bill Hader’s struggle to keep it together during the bit made it an instant classic and spawned a thousand GIFs. (Unlike his predecessor Jimmy Fallon, Mr. Hader’s struggle not to crack up on stage makes any sketch 1,000 times funnier.) But even better than the version that actually made it to air was the dress version of ‘The Californians,’ which Hulu offers with several other scenes from past seasons that either never aired or just weren’t as funny when they did.

We understand the idea of having “web extras” as supplemental material, but not at the expensive of the actual show. Why bother tuning in when the funny stuff is only going to be online? Below, we compare and contrast these un-aired clips with the version that made it on TV…as well as some bits that never got off the Internet. 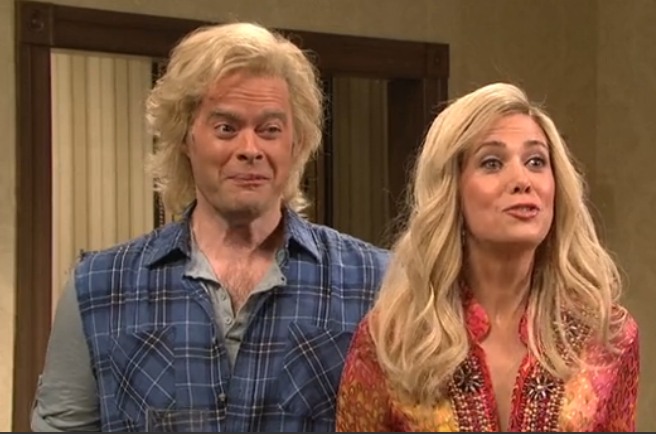