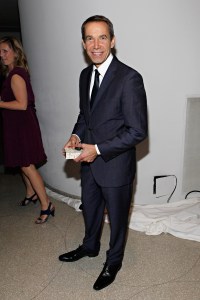 At the end of his article on Centre Pompidou President Alain Seban’s plans to expand into modest temporary locations in Brazil, Russia, India and China, The Art Newspaper‘s Gareth Harris drops this epic little bit of news: “…a Jeff Koons retrospective organised with New York’s Whitney Museum of American Art and the Museum of Contemporary Art, Los Angeles, is due to open at the Centre Pompidou in 2014.”

A representative at the Whitney was not able to confirm when or if the show will hit the Whitney, and no one was immediately available to comment from MOCA L.A. If the retrospective were to arrive in New York sometime in 2015 or later, it may end up at the Whitney’s new Meatpacking District building, not far from where High Line organizers want to hang the Mr. Koons’s gigantic Train sculpture. Of course, that is still many tens of millions of dollars away from happening.