Joseph Bastianich isn’t content being a mere Restaurant Man, as he’d have it. Or even a haute grocer.

“Hopefully, we’re going to change the way people consume,” he said, sitting at a table in Eataly, the Flatiron grocery store he opened in August 2010 in a partnership with Mario Batali, his mother, Lidia, and Italian businessman Oscar Farinetti. Before him was a plate of lentils and a glass of red wine. Asked about the rising price of food, he quickly fired off his reply in his distinctly outer-borough-bred baritone: “We’re going to change the balance of the plate. Less proteins, more carbs, more legumes, more rice, more barley. The era of cheap, abundant food is gone.”

He swirled his wine. “This is going to be a great article by the way, if you write it correctly,” he said. “The poorest people in the world eat this,” he said, tapping his plate with his fork. “And it’s delicious.”

The night before, Mr. Bastianich was on double-duty at the Fox network upfront party, helping both to cater the massive event and appear as one of the network’s stars (he’s a judge on MasterChef). And a moment after speaking with The Observer, he would embark on a rapid-fire wine tasting with an assistant, unleashing a fusillade of instructions at the young woman sitting across from him: “This is great. We could charge another two bucks for this. What else do you have for me?”

“Let’s pull this one and wait another year.”

After that, he’d hop in a yellow cab (he owns the medallion and personally employs the driver) and head to JFK, then fly off to begin shooting the second season of the Italian version of MasterChef. Meanwhile, he’s somehow managing an empire of 18 restaurants—or more, depending on how you count them—scattered from New York to Pittsburgh, to Kansas City, Las Vegas, Los Angeles, Hong Kong and back, along with three Italian wineries. Then there are his three children, Olivia, Miles and Ethan, with his wife of 17 years, Deanna.

Amid all of that, he’s somehow found time to write a memoir.

Restaurant Man was sold to Viking at auction in October 2010 for an advance reported by New York to be somewhere between $680,000 and $710,000, no small take for a book from a guy who—while a veritable kingpin—isn’t exactly Molto Mario.

The memoir, which has rightfully earned comparisons to Anthony Bourdain’s seminal service industry tell-all Kitchen Confidential, is a dinner rush–paced sprint through the last 30 years of the restaurant industry in America. It follows a rise to prominence driven by—among other things—a distinctly Boomer-ish fear of not winding up richer than his parents.

The book is filled with borderline-misanthropic wisdom, offered up in a Scorsese-esque grumble. (“You’re just happy to know what people are stealing from you,” he writes at one point. “After that, it’s just how much you’re willing to tolerate.”) It is often enthralling, as when he extols the virtues of being a “cheap fuck,” including which vendors to pay last. And it is unapologetically direct—breaking down immigrant workers’ skill sets by nationality, for instance, and walking readers through the process of deciding whether to fire a manager. Restaurant Man is funny, often surprising, and if anything, illuminating. After all, Mr. Bastianich’s track record speaks for itself, though his wisdom has proven somewhat abrasive for certain palates.

One anti-Bastianich critic described it as a “meltdown dressed as a memoir” and compared it to the rantings of a “street corner lunatic.”

“It’s a tough world out there,” Mr. Bastianich said, when it was suggested that his take seemed aggressively cynical. “It’s such a drag-your-knuckle, fuck-me-or-I’ll-fuck-you business, and then, you gotta put on a suit and get in the dining room every night to wine and dine, and see the power brokers of the world.”

During his post-lunch tasting, Bastianich asked the young woman pouring the wines if she’d read it.

“Do you think I sound like a cynical lunatic?”

“Not really, but maybe that’s because I know you.”

Bastianich was born in Astoria and raised in Bayside, Queens, where he spent most of his formative years in his parents’ first restaurant, Buonavia, in Forest Hills. As a teenager at Fordham Prep, he watched his parents open Manhattan’s Felidia, as Lidia became a star in the food world (then, still a fairly obscure stripe of celebrity).

After graduating from Boston College in 1989, he did a quick stint on Wall Street as a bond trader. “I was doing capital markets, swaps, govies [government bonds], you know, that kind of stuff,” he explained.

It didn’t work out.

In the book, he describes the experience as being “like American Psycho without the chainsaws,” adding, “I didn’t want to be that guy, and I didn’t want to fuck clueless women.”

Leaving the Street with his bonus, he purchased a one-way ticket to Italy, where he bought a used VW Rabbit, embarking on what he calls an “intellectual journey” and “very primal, sensory trip” across Italy, sampling the local foodstuffs, terroirs and women. While the younger ones were comparable to the Virgin Mary, he writes, the divorcees were “giving it away.”

Bastianich’s preference for over-salted prose with four-letter words is prevalent; the book may as well be called Eat, Fuck, Profit. But his thorough understanding and appreciation for all things food—especially native Italian wine and cuisine—is passionate and eloquently conveyed.

On his return to New York, Mr. Bastianich opened up his first restaurant: Becco, in the Theater District, earning decent reviews. Soon, his mother introduced him to Mr. Batali, then the co-owner and chef of Po. Together they opened Babbo in 1998. The restaurant, which featured an offal-laden menu and a loud rock soundtrack, was a hit, and a three-star review from Ruth Reichl at The New York Times certified it. Since then, his empire has relentlessly metastasized.

Not surprisingly, Mr. Bastianich has won some detractors along the way, especially in recent years. One big hiccup occurred in November, when Mario Batali compared the evils of investment banking to those of Stalin and Hitler. He apologized, but not before sparking a Wall Street revolt, including a Twitter hashtag (#Bataligate), rumors of investment banks refusing to honor expensed lunches at Batali/Bastianich restaurants, and Bloomberg terminals categorizing all their eateries as “DON’T GO.” Despite his own unpleasant experience in finance, Mr. Bastianich (who raised money for Del Posto in part from “a couple of guys at Goldman”) is still defensive about the episode.

“That was Mario’s thing,” he said. “I really have nothing to do with that.” But isn’t Mr. Batali his business partner? “He’s entitled to his opinion. You know, whatever. Quite honestly, he was misquoted.” Even so, restaurants like Del Posto—which earned four stars in 2010, what Bastianich feels is one of the most important moments in his career—can’t risk alienating deep-pocketed patrons. Especially given the restaurant’s tumultuous history. 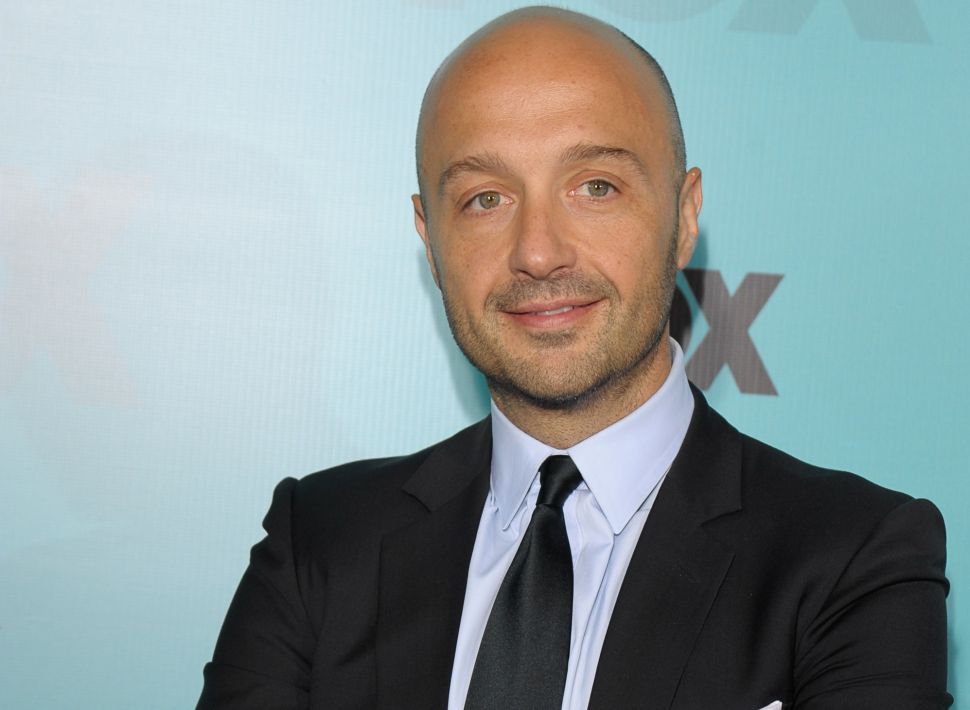