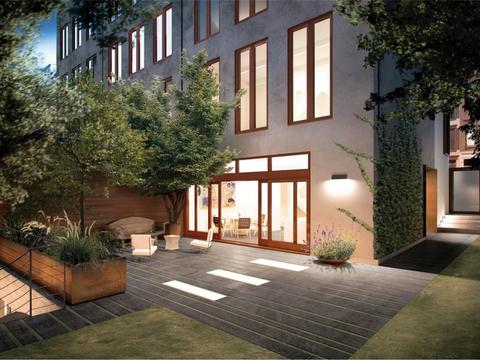 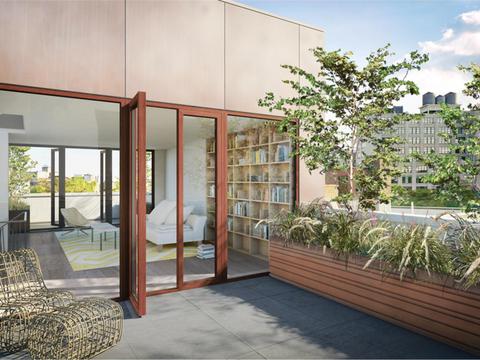 One of the terraces 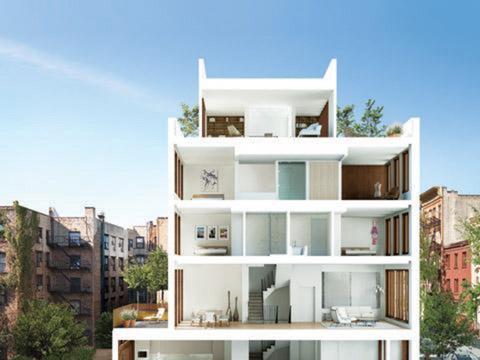 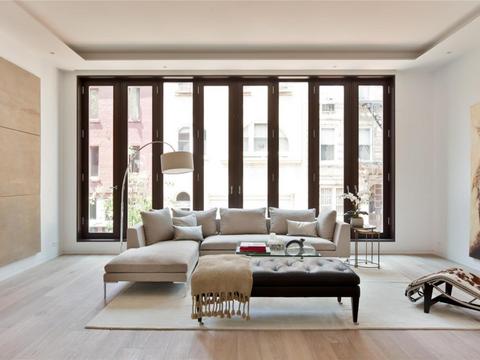 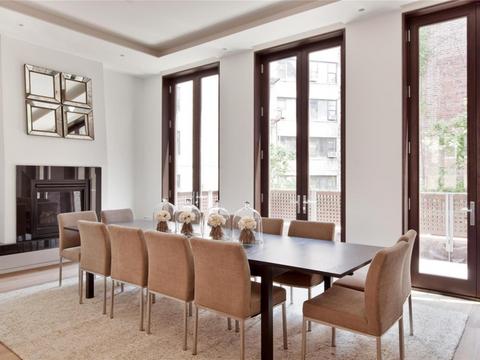 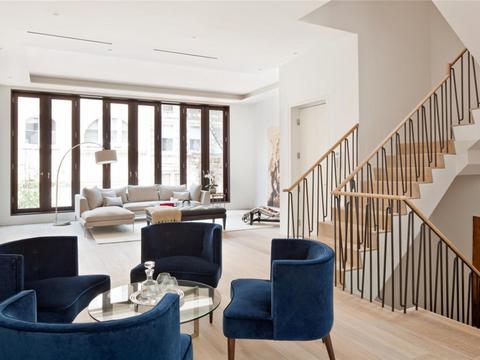 There's a staircase, of course, but there's also an elevator. 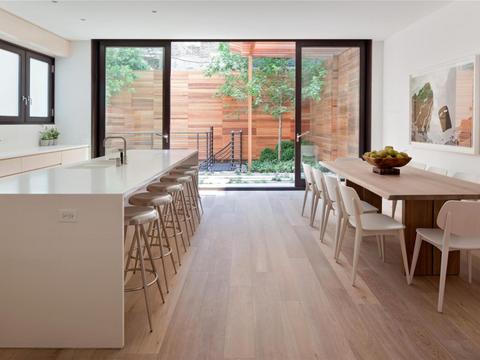 Cook breakfast, lunch and dinner while gazing at the garden.
Advertisement 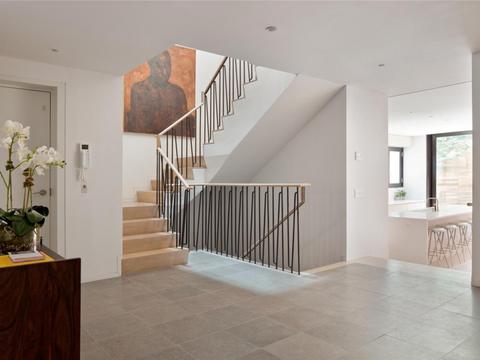 Not your normal townhouse interior. 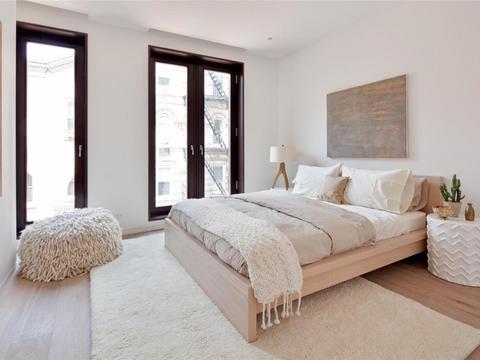 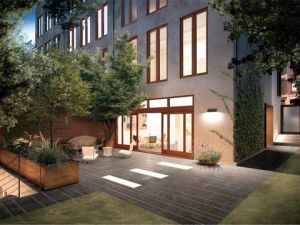 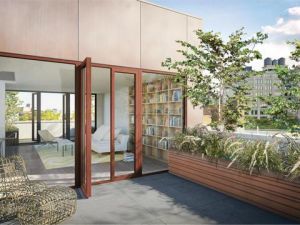 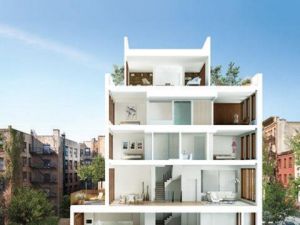 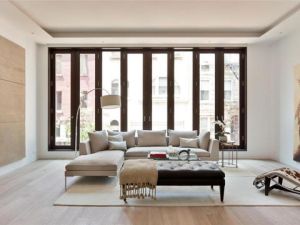 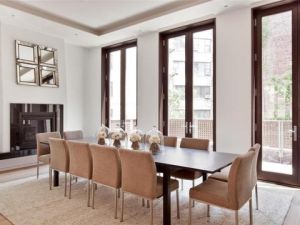 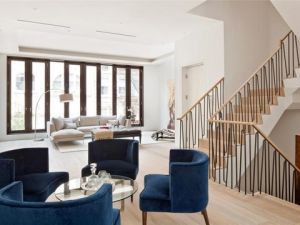 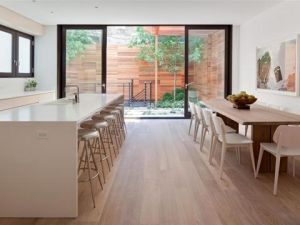 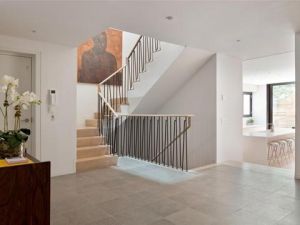 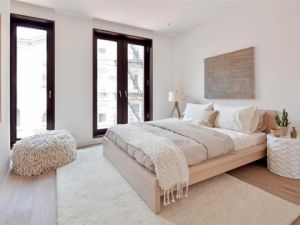 The last of the three Downing Street townhouses, a row of faux oldies developed by Gary Sherman and 1100 architects, has sold for $14.38 million, according to city records, proving that if you build a luxury townhouse, they will come.

Although there was initially some doubt that buyers would flock to modern sandstone townhouses in the West Village when they could have the real deal—creaky stairs, historic cachet and all for roughly the same price—some would-be townhouse dwellers are apparently unconcerned with hanging a plaque outside their front door.

But buyers were not as free with their money as the developer had hoped. The 5-bedroom abode at 26 Downing Street, listed with Douglas Elliman brokers Herve Senequier and Leonard Steinberg, didn’t quite fetch the $16.95 million that it’s been asking since hitting the market in October 2010.

Nor did Nos. 22 and 24, snapped up by an LLC this March, as reported by Curbed, get the $33 million they were asking (the buyer paid $27 million and likely has plans to combine the two buildings, taking advantage of the flexibility that a non-landmarked property offers).

The buyer of 26 Downing is a different, but no less mysterious limited liability corporation—MF Downing Street 26 LLC.

Whoever the buyer is will enjoy a large kitchen overlooking the South-facing garden, a “skylight-illuminated atelier,” a “grand parlor floor” with fireplace and large terrace and a rooftop observatory. Also, you needn’t be bothered with pesky staircases—there’s an elevator!

There is just one catch. Moving in will mean living with the construction racket next door as the two “custom designed” townhouses merge into one. After all, custom doesn’t mean much of anything unless it’s custom-designed for you.