Libertarian presidential nominee and former New Mexico governor Gary Johnson released an online commercial today in which he compared America to a watermelon, highlighted a quote about himself from an article he previously described as “just wrong” and encouraged people to “Google: Governor Gary Johnson.”

Mr. Johnson’s ad begins with a nod to the famous “Your Brain on Drugs” commercial featuring a frying egg standing in for a drug addled brain. The ad starts with a shot of a watermelon on a black screen and a text saying, “This is our America.” After a few seconds, the text changes to say “This is what Democrats and  Republicans have done to it” as the watermelon explodes.

“Here’s a revolutionary idea: Let’s stop electing the same problem again and again,” the text says as the watermelon is shown coming back together. “We’ve seen what they can do. We the People can do better.”

Following the watermelon demonstration, Mr. Johnson’s campaign logo flashes across the screen before a picture of Mr. Johnson’s face alongside flattering quotes about his candidacy. Interestingly, one of the quotes appearing in Mr. Johnson’s ad is from a National Review’s article that anointed him the “best job creator” among the current crop of presidential candidates. Mr. Johnson previously described that article as “just wrong.”

“Contrary to the news, I didn’t create a single job,” Mr. Johnson said of the article last June. “Don’t get me wrong. We are proud of this distinction. We had a 11.6 percent job growth that occurred during our two terms in office. But the headlines that accompanied that report—referring to governors, including me, as ‘job creators’–were just wrong. The fact is, I can unequivocally say that I did not create a single job while I was governor.”

The ad concludes with several campaign slogans flashing across the screen including “Google: Governor Gary Johnson.” 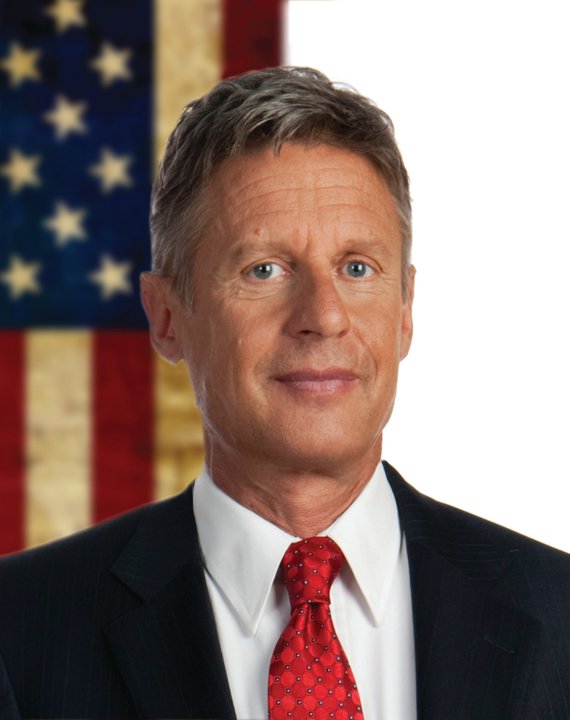