Nearly everyone on the Internet is either talking, writing, or reading about HBO’s new half-hour coming-of-age dramedy ‘Girls.’ They can stop, now.

The last word and first authority on the matter has arrived. The nexus of Twitter, television, and criticism get no better than this:

Yes, this is a thing: There is little else to add here, other than: (1) We have heard from a reliable source that the account is being manned—mounted, saddled, whatever—by GQ mischief makers and associate editors Lauren Bans and Daniel Riley and (2) GQ editor-in-chief Jim Nelson, we do not know what kind of Kool-Aid your underlings are subsisting on, but we humbly suggest everyone there take an enormous swig of it. 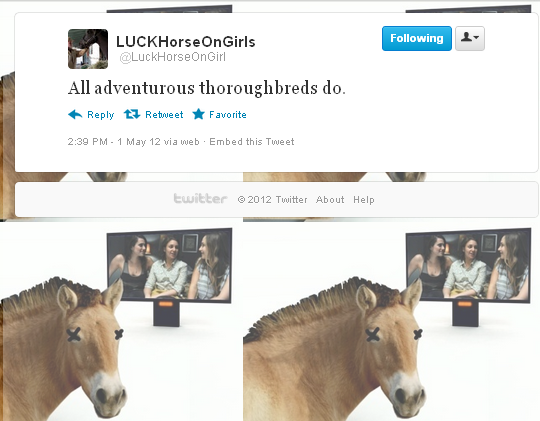