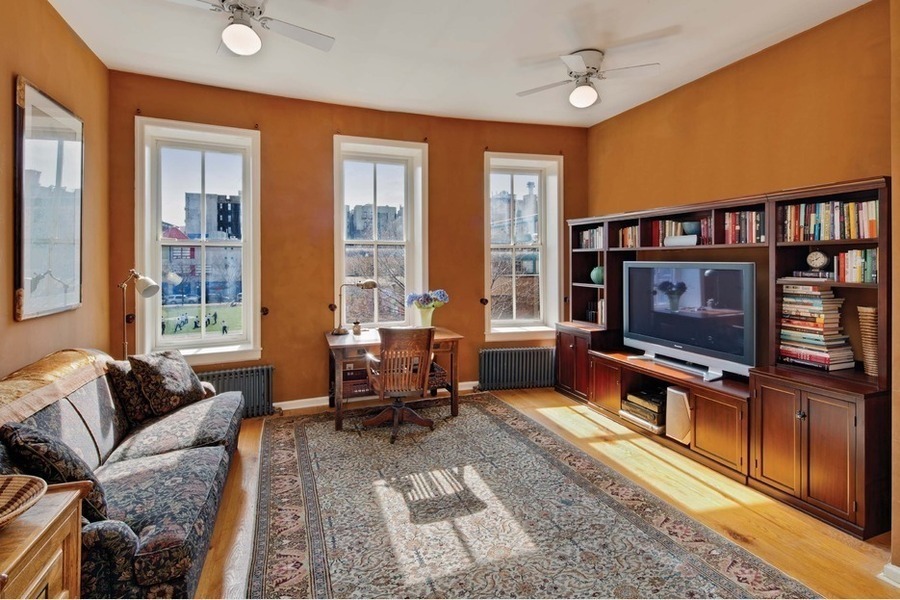 One of the coziest media rooms we've ever seen 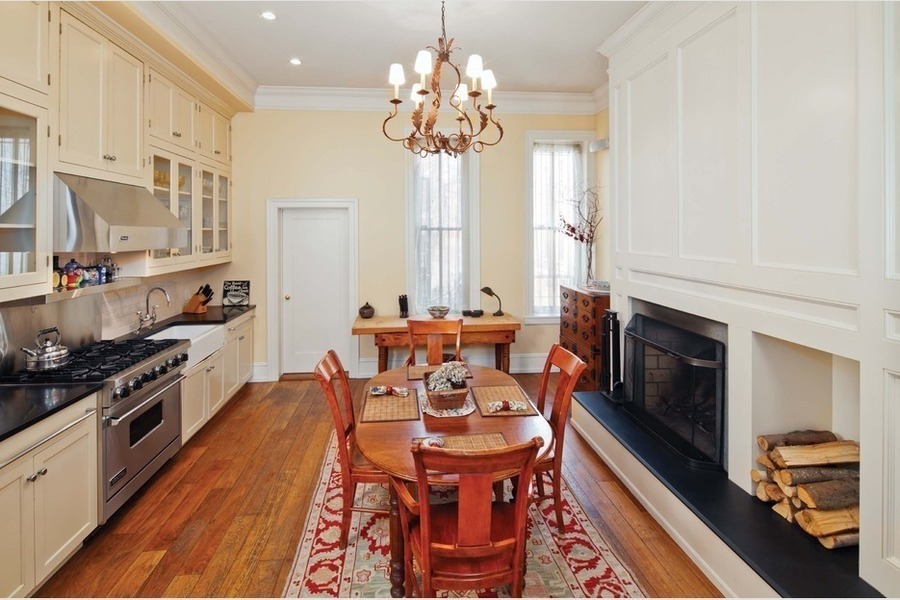 A fireplace in the kitchen?! 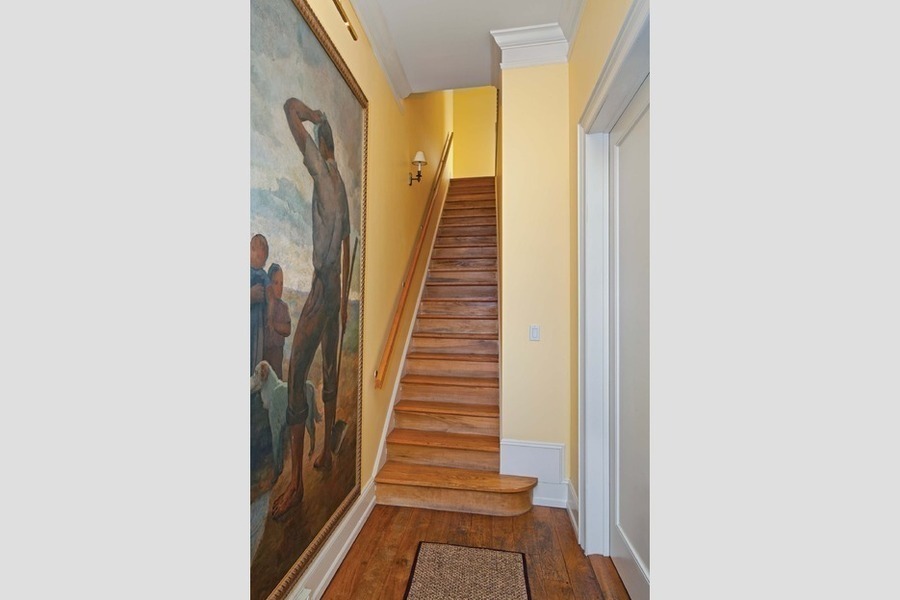 And a mural in the foyer. 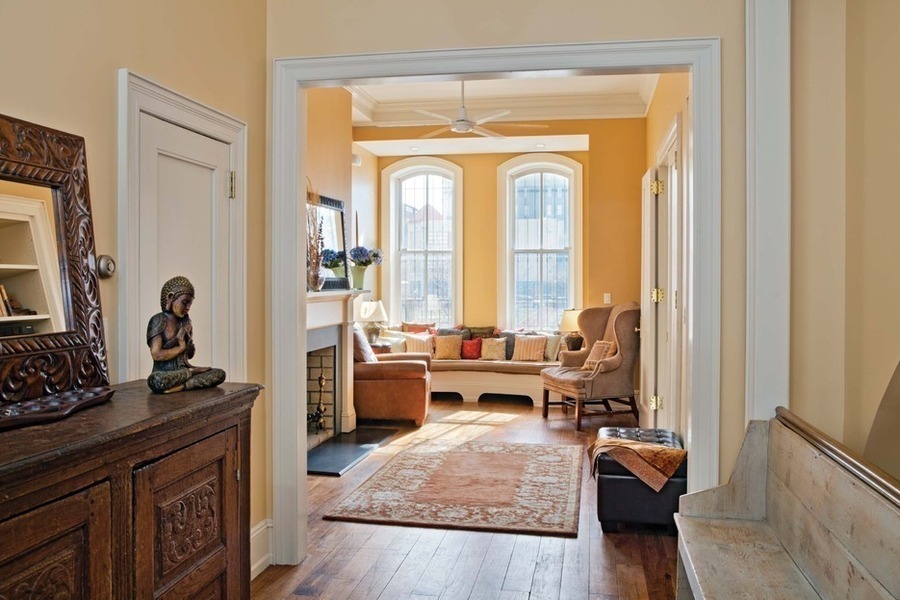 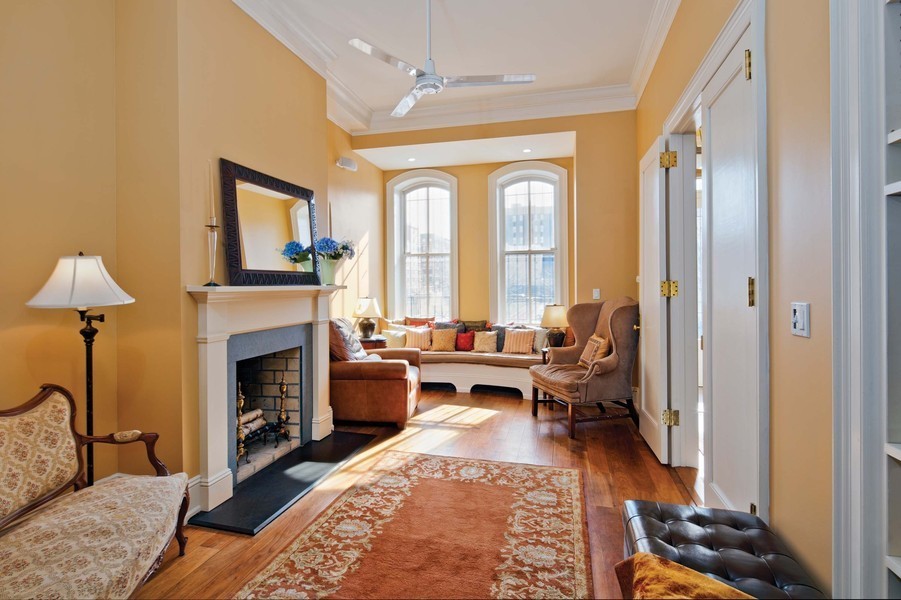 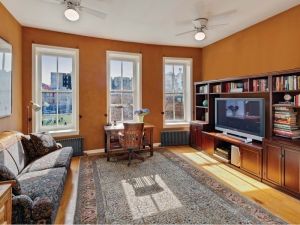 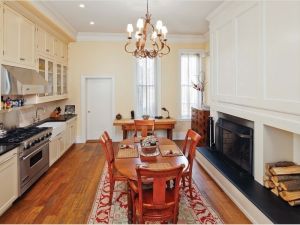 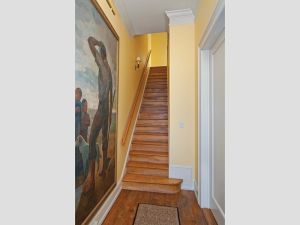 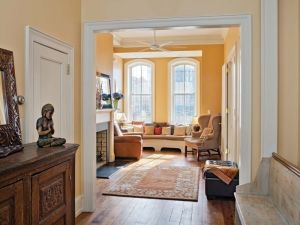 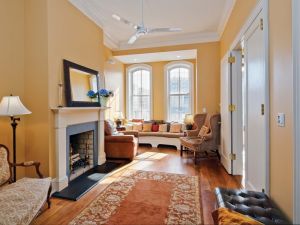 Besides tearing asunder the bonds of marriage, divorce has a way of separating people from real estate they thought they would be with forever.

And so, a few months after filing for divorce from her husband of 15 years Thaddaeus Scheel, Marcia Gay Harden is also parting ways with their beautiful Harlem brownstone at 351 West 120th Street.

After the couple listed the house with Stribling broker Cathy Taub in March, it didn’t take long for someone new to come along. The property went into contract after just a few weeks on the market, and city records show that it sold for ask to Monica and Jonathan Lindsell for the $2.75 million ask (a sale first spotted by the Real Deal).

Mr. and Ms. Lindsell are moving from Upper West Side luxury highrise Columbus Square. After novelist Min Jin Lee’s flight from MiMA to Harlem last week, it seems that everyone is taking advantage of comparatively affordable Harlem brownstones these days.

Ms. Harden and Mr. Scheel bought the house, “located on one of Central Harlem’s prettiest blocks,” for $1.2 million in 2002. But even so, it seem like a steal for twice the price, especially considering that the couple converted the property from a three-family to a single-family.

Built in 1899, the house boasts six or seven bedrooms, five full and two half baths, four wood burning fireplaces, a private garden, two terraces and a professional-looking kitchen with its very own fireplace. And, with no buildings in front of the house, the Southern light streams in all day long, the listing notes. There’s also what appears to be a WPA-style mural in the foyer. Maybe Ms. Harden was inspired to add more art to her life after her Oscar-winning turn in Pollock?

There are also a few oddities: kitchenettes on the third and fourth floors left over from the home’s multi-family days and a master bedroom on the the garden level. On the upside, there’s also the option of rental income.

And don’t forget, besides Marcia Gay Harden, the place has housed not only Oscar, but Tony too. Now that’s some serious star power.