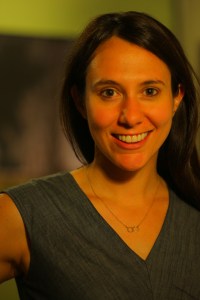 After four years as director of retail operations at Mass MoCA, in North Adams, Mass., Jodi Joseph is stepping down to become director of Berkshire Creative, a nonprofit corporation that works to develop the economy in the Berkshires area of Massachusetts and Connecticut.

At Mass MoCA, Ms. Joseph had worked with Berkshire Creative to goods produced in the area to museum visitors, resulting in tens of thousands of dollars of sales. Cathy Deely, the chair of Berkshire Creative’s board, told The Berkshire Eagle:

I think we had a great candidate pool of talented qualified people, but there was something special about her….It wasn’t just her experience working in the creative economy and doing the project with Berkshire Creative at Mass MoCA.

In other Mass MoCA news, the New England kunsthalle now has on view exhibitions by Sanford Biggers, Anna Betbeze, Stephen Vitiello and more.