“When people try to take advantage, you have to fight back, and that’s why every day in the United States Senate, I fight back for New Jersey’s middle class,” said Menendez to applause. “I fight back so every woman who works outside of her home gets paid the same as the man who is doing the same job she is. I fight back for the child with autism and the senior citizen who needs her prescription drugs.”

He sprinkled in the names of people he said he’s helped and fought for through the years.

“This campaign is not about bringing the powerful down, it’s about raising the middle class up,” said the senator.

“Here, dad learned to be scrappy,” said Alicia Menendez, the senator’s daughter, who along with her brother Rob tried at the podium and in projected adverts  to soften Menendez’s tough guy image and give a twist of the hipster to the notoriously serious former Union City mayor and chairman of the Hudson County Democratic Organization.

There was a shot of Menendez bowling. He later poked fun at himself for being introverted and shy in high school.

On the introduction of his son and in a sign that he intends to wrench away some of the statewide symbolism embraced by his nemesis, Gov. Chris Christie, Menendez entered to the strains of Bruce Springsteen’s “Born to Run,” a pop fave of Christie’s.

“Home isn’t simply the place you live in, it’s the experiences that shape you,” said Menendez, son of an immigrant seamstress mother and itinerant carpenter father. “Many of you may move away from here but this will always be your foundation.”

Menendez is scheduled to head to Camden later today for a South Jersey version of his campaign kickoff.

“The voters of New Jersey know the truth about Sen. Menendez’s record,” said Kyrillos in a statement. “Since Mr. Menendez has been in office, our national debt has almost doubled and our national deficit has nearly quadrupled. Our unemployment rate continues to hover above 8 percent—that’s 20 million unemployed or underemployed people across the country. New Jerseyans see what Senator Menendez is doing is not working- and we need a change. I have worked with Governor Christie to turn around a state that was on the brink of bankruptcy. We’ve balanced our budgets, created jobs, and strengthened the economy without raising taxes. We need reforms like that in Washington, not more of the same from Senator Bob Menendez.” 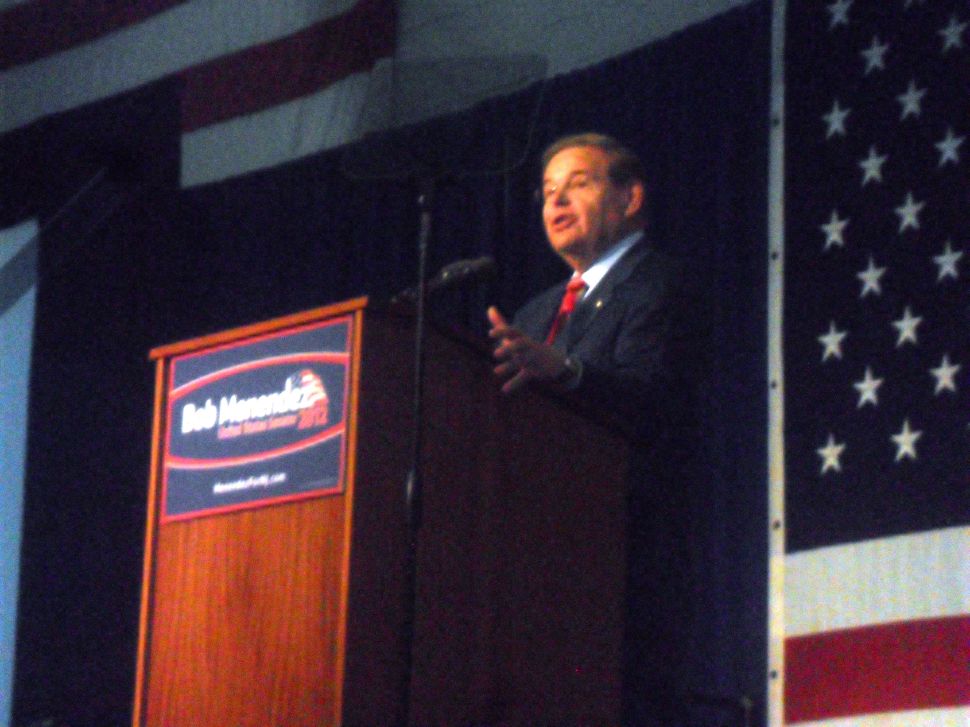